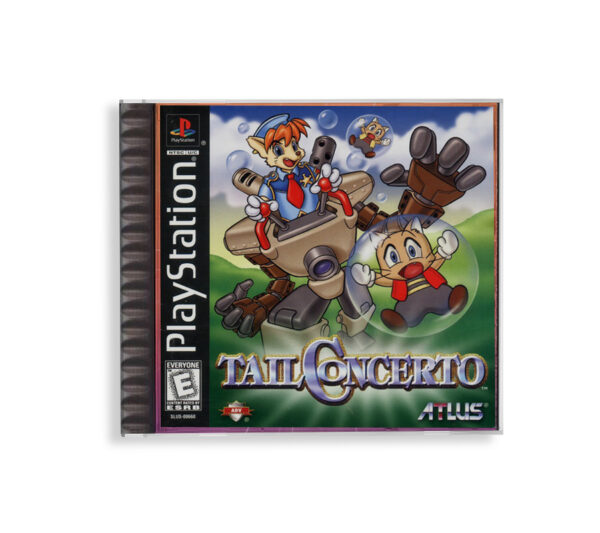 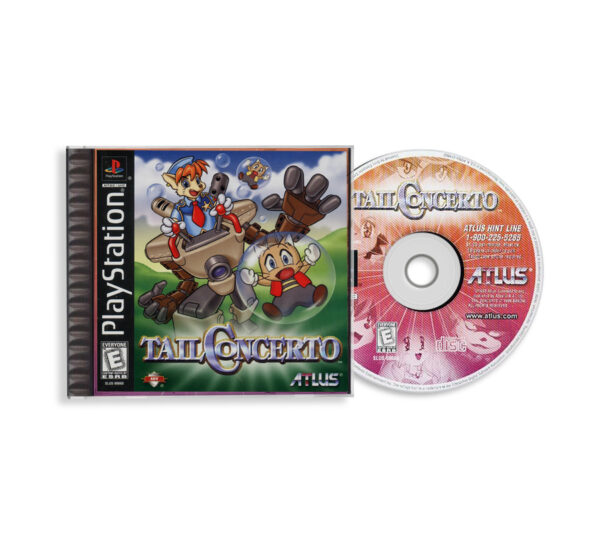 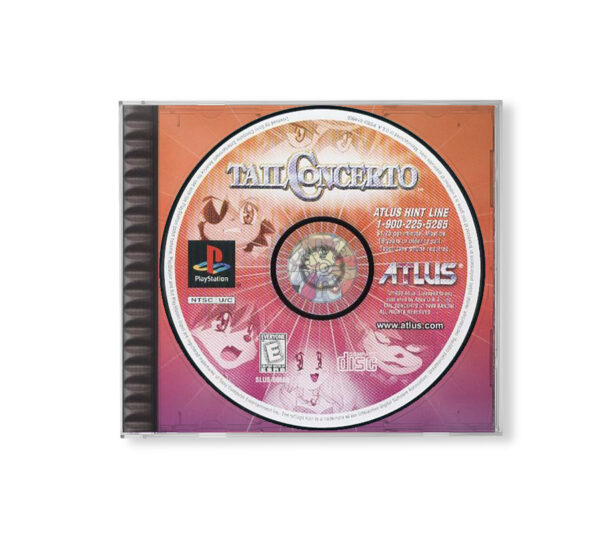 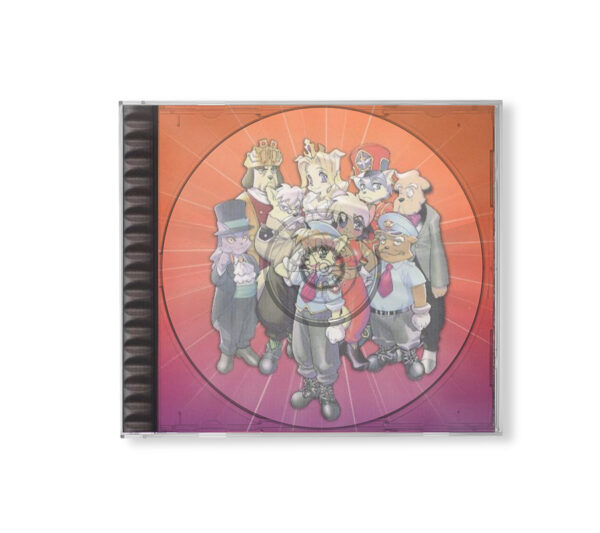 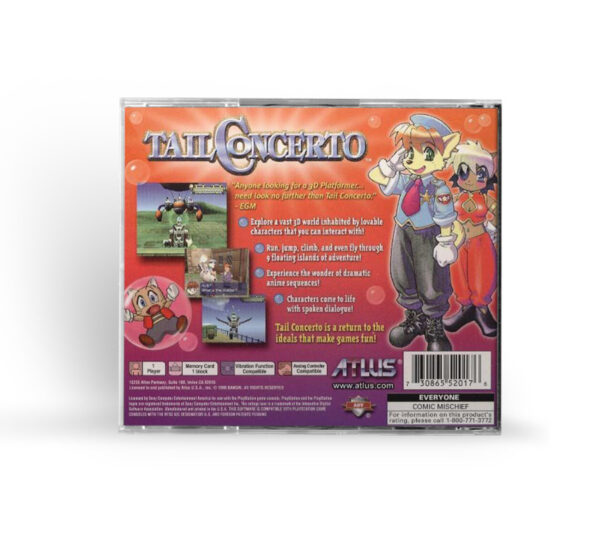 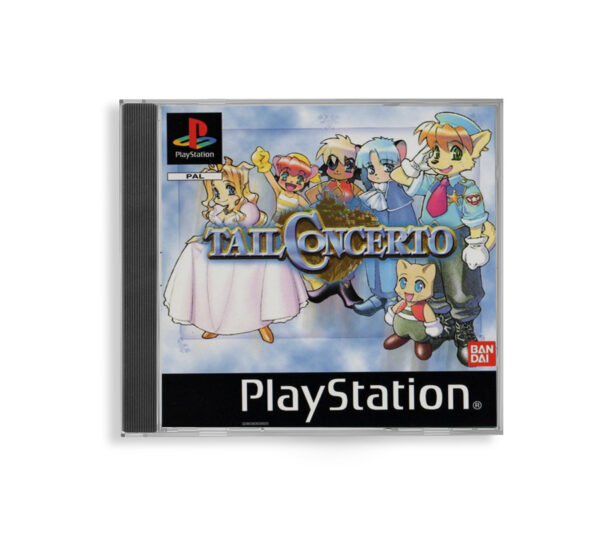 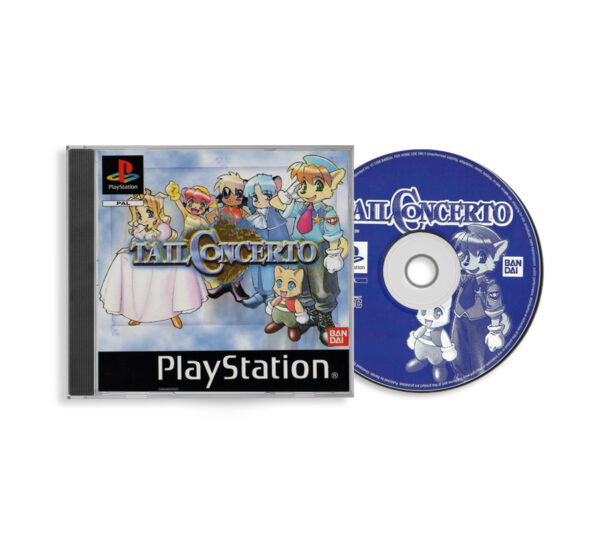 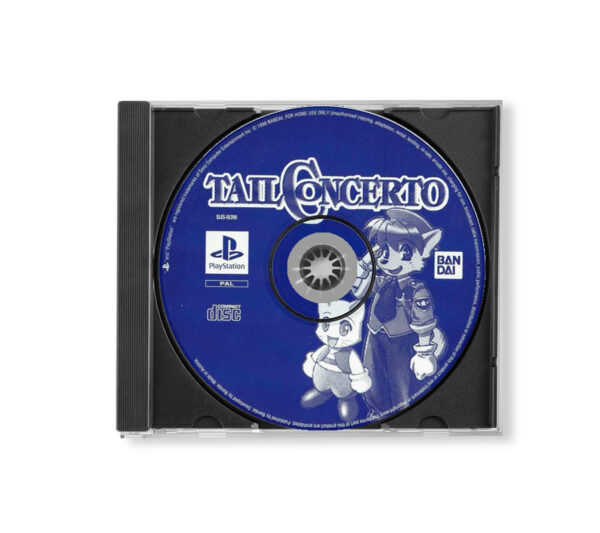 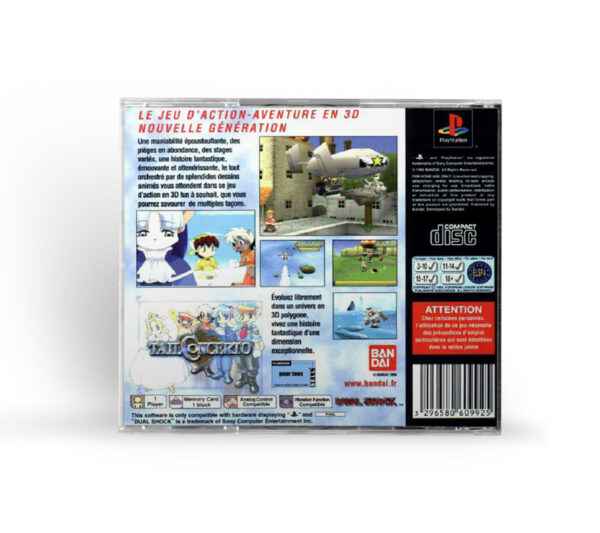 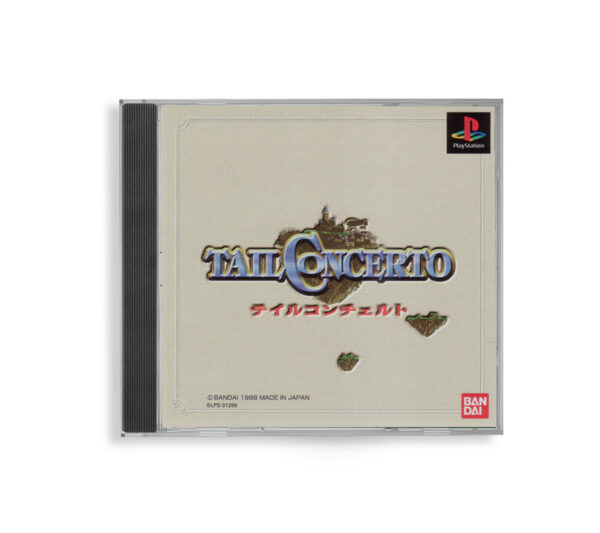 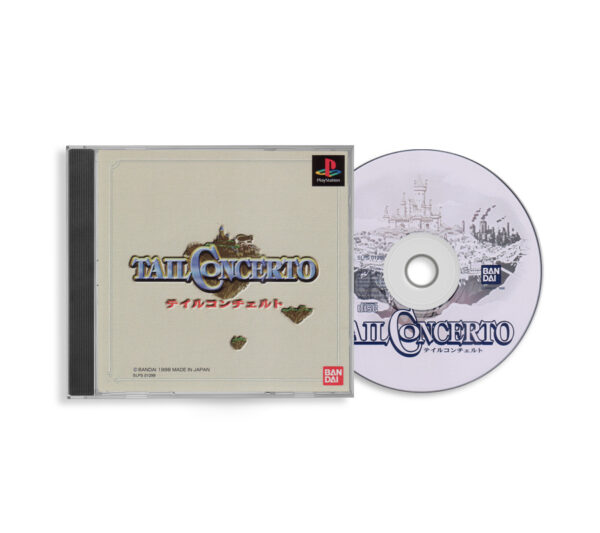 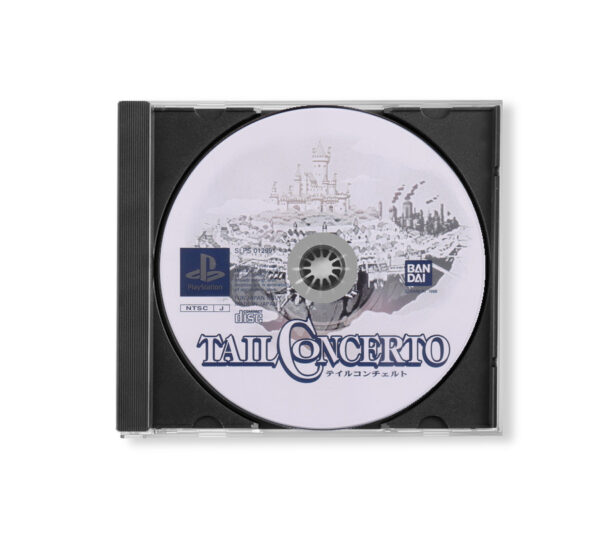 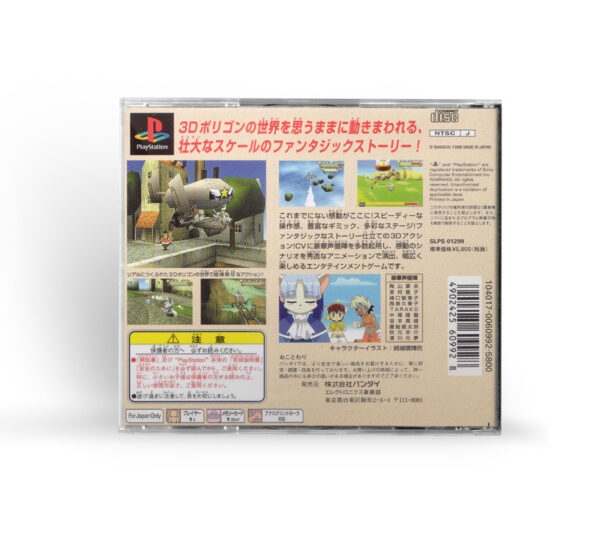 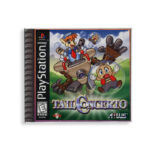 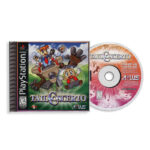 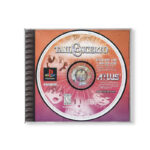 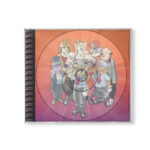 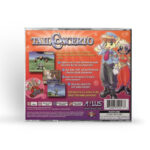 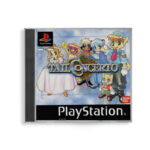 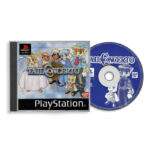 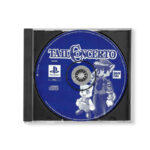 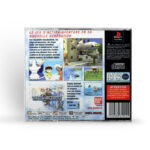 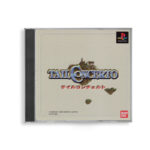 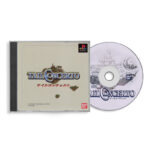 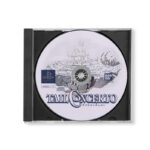 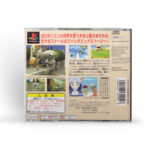 This a reproduction game, so you will get a new high-quality black CD-R (with color silk-screen printing), in a new black or transparent (it depends on the region of origin) jewel case, with colored covers on glossy cardboard, without manual, inside a new transparent film case.

Tail Concerto (Japanese: テイルコンチェルト, Hepburn: Teiru Koncheruto) is an action-adventure platform video game developed by CyberConnect and published by Bandai for the PlayStation. It is the first installment in the Little Tail Bronx series, which takes place in a steampunk fantasy world of floating islands populated by anthropomorphic dogs and cats. The game revolves around a canine police officer named Waffle Ryebread and his encounters with the Black Cat Gang, a group of sky pirates who aim to steal magic crystals. Though it received a generally positive response from critics, the title was met with low sales in Japan, falling short of the publisher’s expectations.

Tail Concerto was first released in Japan on April 1998 and the following December in France, with an English version released in North America in November 1999 by publisher Atlus. The game features character designs and artwork by manga artist Nobuteru Yūki, and the Japanese version included the opening theme song “For Little Tail” performed by Kokia before her debut in the music business.

Gameplay
Tail Concerto is an action-adventure platforming game featuring three-dimensional characters and environments. Players control the character Waffle, who pilots a semi-humanoid mecha called the “Police Robo” with the ability to run, jump, climb on ledges, and hover in mid-air for brief periods. In addition, the mecha is equipped with a pair of mechanized arms that can pick up and throw objects such as crates and bombs, as well as a long-range “bubble blaster” used to damage or immobilize enemies. The game features support for the PlayStation’s DualShock controller’s analog sticks, which can be used for movement instead of the directional pad, as well as its built-in vibration feedback function.

The game features a variety of levels, each with their own objectives that usually involve capturing enemy kittens by grabbing them with the Police Robo’s limbs, as well as boss battles that take place at the end of certain stages. Some areas require the use of different means of travel, such as mine carts and a jet pack, or attacking enemies using heat-seeking missiles. While the game’s camera remains static most of the time, the player is given the ability to rotate the view angle during certain action scenes.

The game also contains role-playing game features such as the ability to explore towns and interact with non-player characters. Also hidden in each area are whistles that grant extra lives, and boxes containing pieces of photographs featuring artwork that may be viewed in a gallery once all the sections are found. Players may choose between one of three difficulty settings from the main options screen which directly affect the level of challenge, and progress can be saved to a PlayStation memory card.

Development
Development for Tail Concerto began in 1996 by members of CyberConnect, later known as CyberConnect 2, shortly after the company was established. After the success of such 3D action titles as Super Mario 64 for the Nintendo 64 and Nights into Dreams… for the Sega Saturn, the company made a proposal to publisher Bandai to produce a similar game for the PlayStation, which they “gladly accepted.” The game features artwork and character designs by manga artist and illustrator Nobuteru Yūki, as well as nearly 20 minutes of animated cutscenes produced by Astrovision, Inc. Tail Concerto spent nearly two years in development before being released in Japan in April 1998, and would make an appearance at the 1998 Tokyo Game Show where it “drew a crowd for its looks and playability,” according to website IGN.

A playable demo featuring Japanese text and audio was later released in North America in the “Imports” section of the PlayStation Underground: Jampack disc in 1998. While Bandai of America had originally not confirmed an English release in the region, the company remarked that the title “had a very good chance” of coming to the West as early as June 1999. However, they expressed concern that the developers responsible for translating and localizing the title may not be able to complete the game on time, citing it as “the only factor that would make Tail Concerto not see a release on these shores.” As the deadline passed, publishing rights changed hands between multiple US studios, including Activision, before Atlus U.S.A. announced in July 1999 that they would be releasing the North American version of Tail Concerto as part of their company strategy to “broaden its domestic library through eclectic acquisitions”, and that it would be released by the end of the following September. Although delays caused the title to miss this date, Atlus later made a statement on their website that they would begin shipping the game to retailers on November 3, and for players to expect it in stores shortly thereafter.

From Wikipedia: The Free Encyclopedia
https://en.wikipedia.org/wiki/Tail_Concerto

Be the first to review “Tail Concerto” Cancel reply