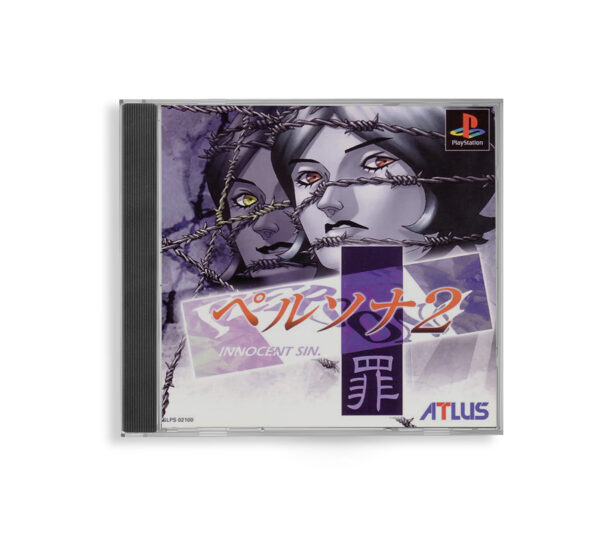 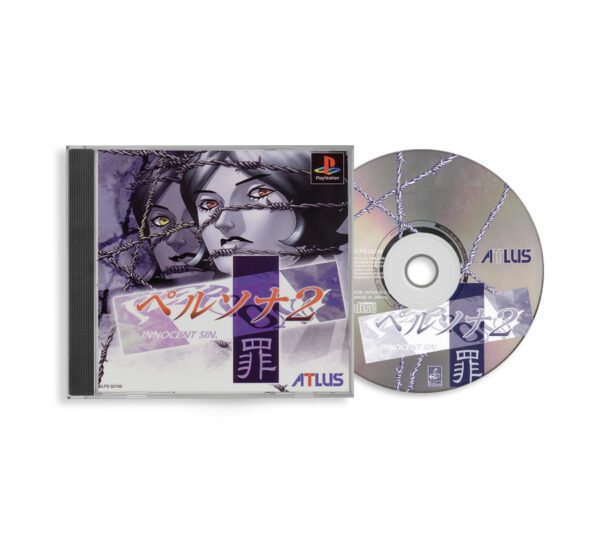 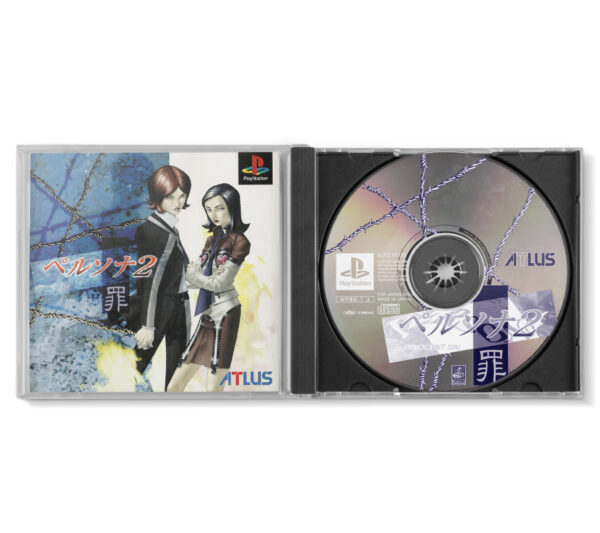 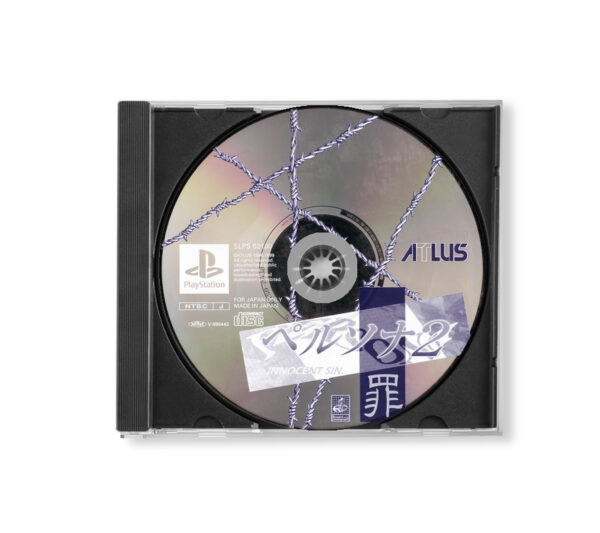 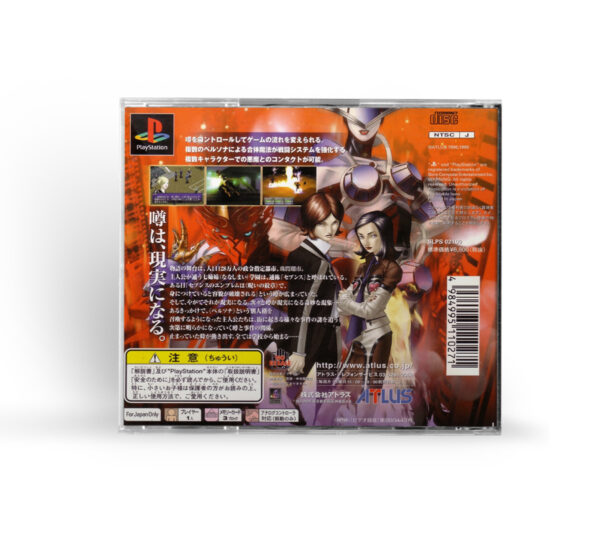 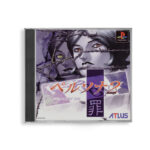 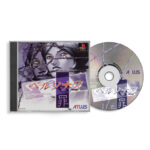 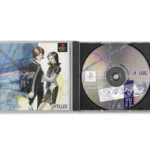 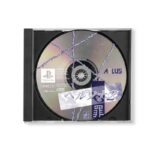 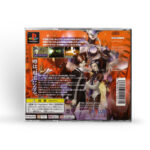 Persona 2: Innocent Sin is a Japanese role-playing video game developed and released by Atlus for the PlayStation in 1999. It is the second entry in the Persona series, itself a subseries of the Megami Tensei franchise, and acts as a sequel to the original Persona. The game was re-released in 2011 for the PlayStation Portable. The original version was not localized for western territories; however, the PSP version was released in North America and Europe under the title Shin Megami Tensei: Persona 2 – Innocent Sin.

Innocent Sin takes place in the fictional Sumaru City, focusing on a group of high school students from Seven Sisters High School. The protagonist, Tatsuya Suou, and a group of friends must confront a villainous figure called the Joker, who is causing the spread of reality-warping rumors through the city. The group are aided in their quest by their Personas, personified aspects of their personalities. The gameplay features turn-based battle gameplay, where characters use their Personas in battle against demons, and a separate Rumor system, where rumors spread around the city can influence events in the characters’ favor.

Development on Innocent Sin began after the release of the original Persona, and retained most of the original’s staff. The game carried over the story themes and basic gameplay mechanics of Persona, while changing and improving on some of the mechanics. The characters were designed by Kazuma Kaneko and Shigenori Soejima. The original release was not localized due to staff shortages and concerns over its content. Reception to the game was generally positive for its original release, but reviews were more mixed for its remake due to its age. A direct sequel to Innocent Sin, Persona 2: Eternal Punishment, was released in 2000 in Japan and North America.

Gameplay
Persona 2: Innocent Sin is a role-playing game where the player takes control of a group of high school students as they explore the fictional city of Sumaru. The camera follows the party from an adjustable angled overhead perspective. The city in general is navigated using an overworld map. The game’s main party holds up to five characters. Whenever the party is in a “safe” area (i.e. a room with no demon encounters), each party member can be conversed with. The party’s route through dungeons can be traced using the Auto-Map, a basic floor plan of the current dungeon. As the main character moves around, the map will automatically mark new areas. A key gameplay and story element is the Rumor system: if the party hears a rumor from an NPC, they can spread that rumor using the Kuzunoha detective agency, making the rumor become real and creating effects on the environment. These effects can range from making an accessory or character-specific weapon appear, to triggering the appearance of new shops for the party’s use.

Battles include both story-triggered encounters and random encounters inside dungeons: during these encounters, the party is assigned a set of commands and performs them within a turn, then is given the option to change their strategy during the next turn. During battle, characters fight using melee attacks, use items purchased from shops outside battle, and cast a variety of spells using their Personas. Each character has a starting Persona, and each Persona has different elemental strengths and weaknesses. Different Personas can be used for defense, healing or elemental attacks. While a Persona is originally quite weak, if it is used enough, it will achieve a higher rank. In addition to individual actions, the player can align characters to trigger a Fusion Spell: when two or more party members use a certain sequence of spells, they will automatically summon multiple Personas to generate a powerful attack. The party can be manually controlled or act using an Auto-battle option.

During battles, players can converse with most enemies: depending on which character talks with which enemy, they will trigger a different response. If the enemy is talked with in the right way, they will leave either items or spell cards (tarot cards linked to a certain Arcanum or Persona family group), items used to summon new Personas: certain cards give access to different Persona family groups. After a Persona is summoned and assigned to a character, that character’s stats and abilities change. Active Personas can also be fused with spell cards to create more powerful versions. These Persona summonings and fusions take place in the Velvet Room, a special location separate from the rest of the game’s environments. In addition to pre-set spell cards, the player can also obtain blank skill cards by forming contracts with enemies through the right conversation. These blank skill cards can be tailored to fit a chosen Persona family.

Legacy
During the development of Innocent Sin, the writer Tadashi Satomi felt that the story needed an alternate viewpoint to that of the main hero. This formed the basis for Persona 2: Eternal Punishment. Localized for the west, Eternal Punishment was released in 2000 in Japan and North America. The game, along with Eternal Punishment, received a spin-off manga titled Persona: Tsumi to Batsu (ペルソナ 罪と罰, Persona: Sin and Punishment), featuring new characters from Seven Sisters. Its 2011 reprint featured new content connecting the manga to Innocent Sin. In 2007, Atlus and Bbmf created and published a mobile version of Innocent Sin. Titled Persona 2: Innocent Sin – Lost Memories (ペルソナ2 罪 ロストメモリーズ, Perusona Tsū: Tsumi Rosuto Memorīzu), it carried over the crucial systems of Innocent Sin, including the Persona and Rumor systems, while tailoring them for a mobile format. Maya Amano and Lisa Silverman were later featured in an internal tech demo for the graphics engine used in Shin Megami Tensei: Nocturne.

From Wikipedia: The Free Encyclopedia
https://en.wikipedia.org/wiki/Persona_2:_Innocent_Sin