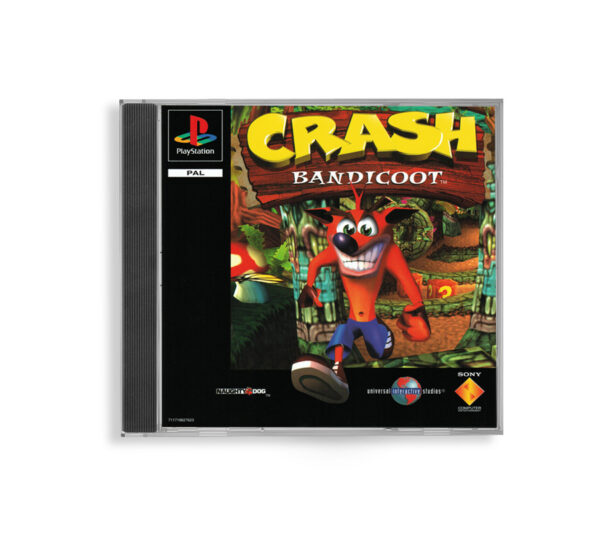 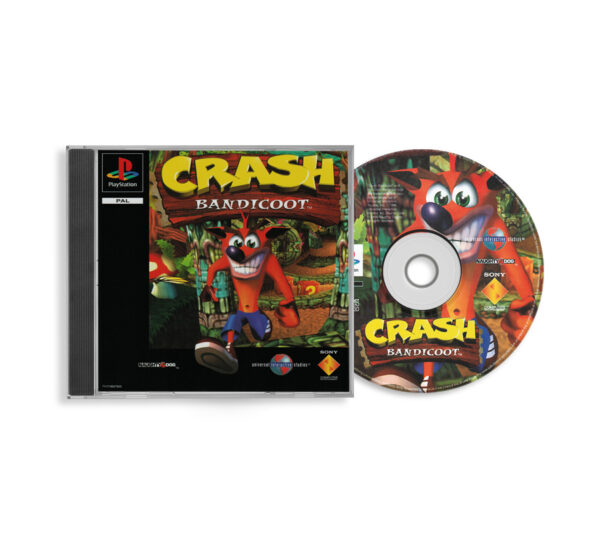 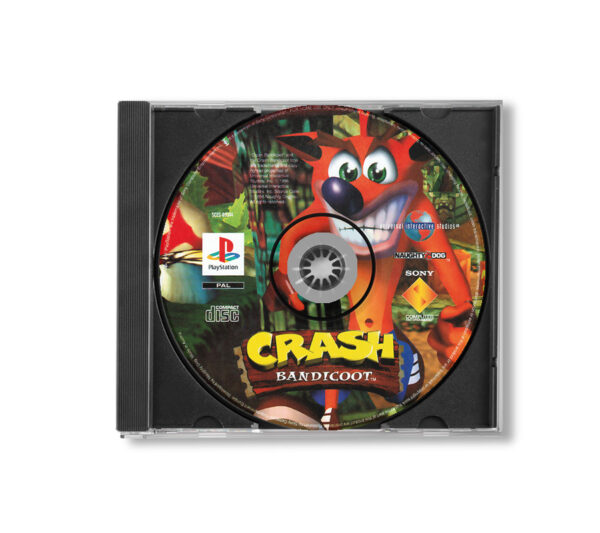 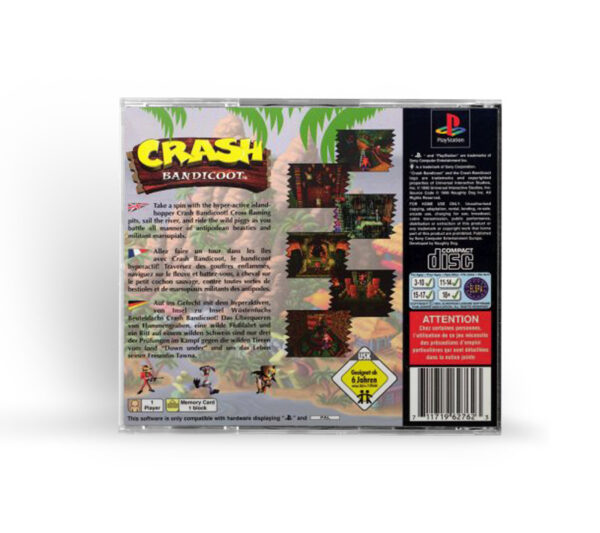 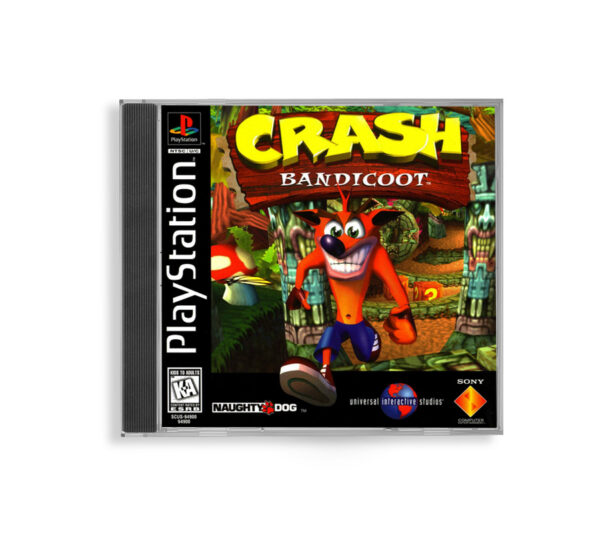 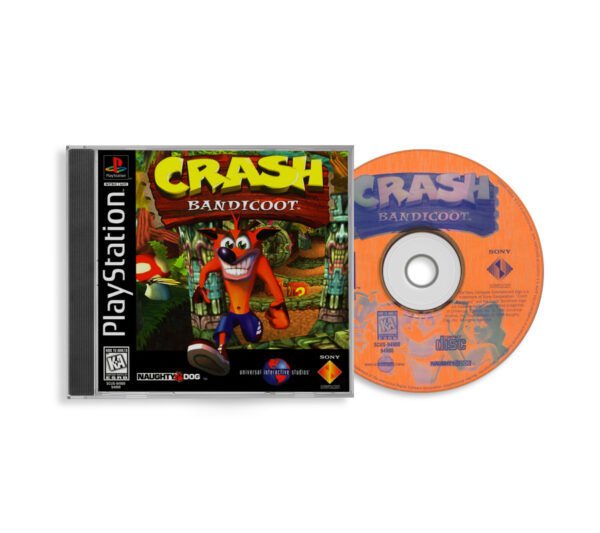 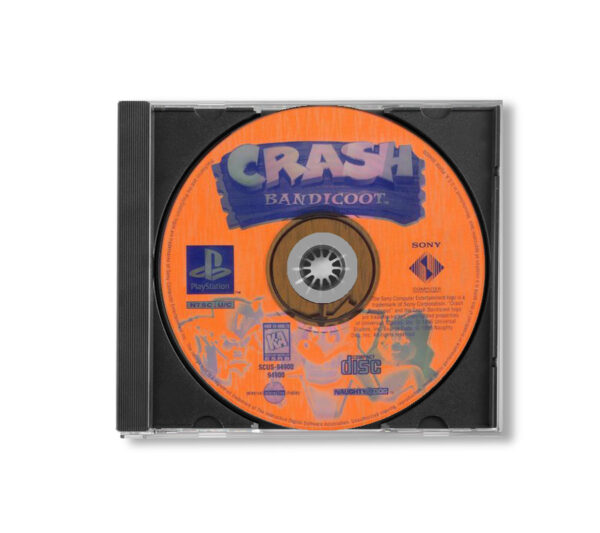 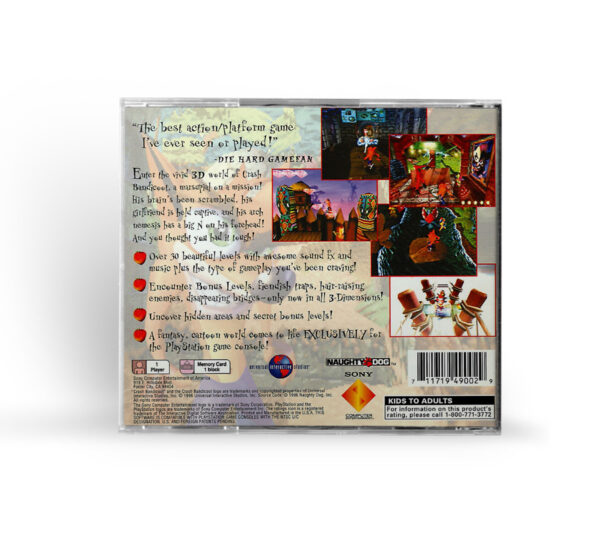 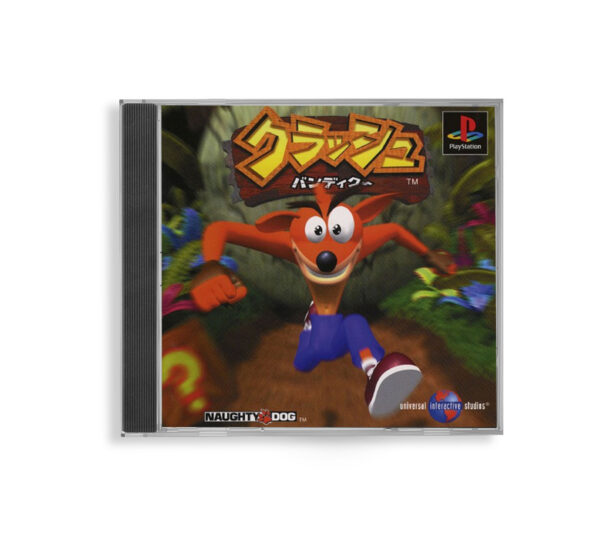 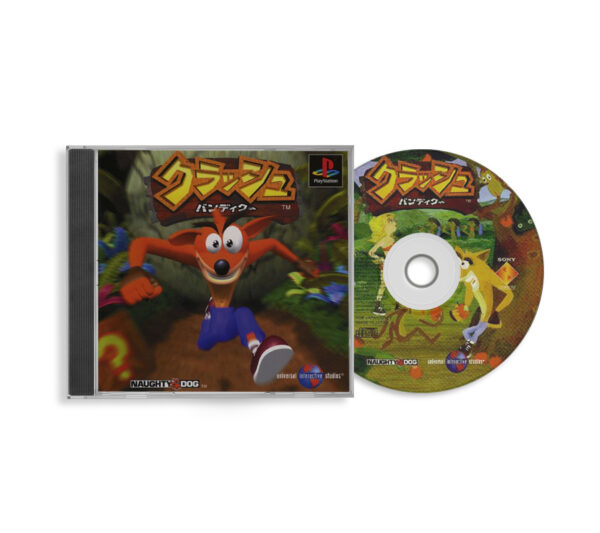 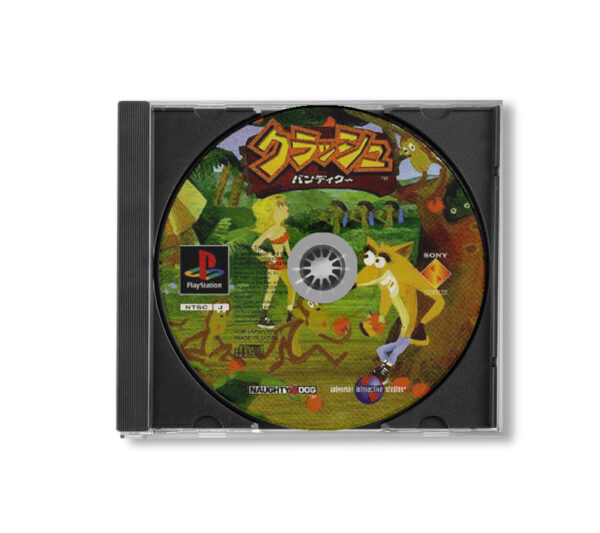 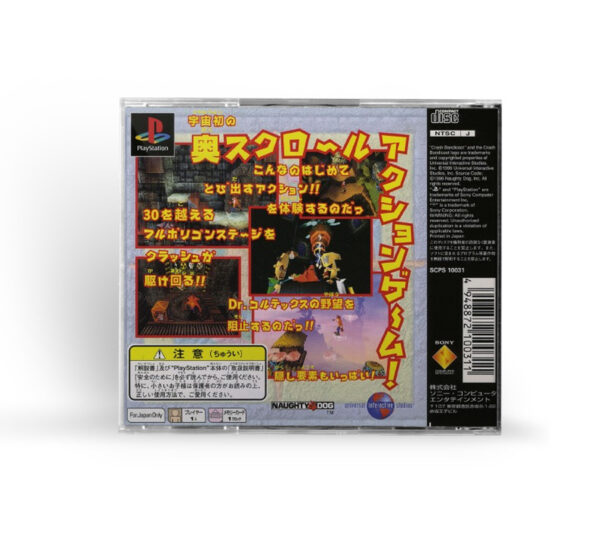 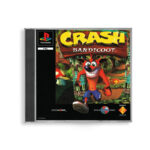 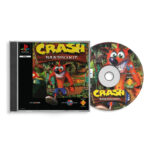 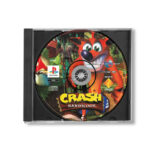 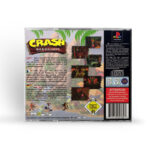 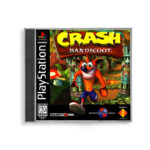 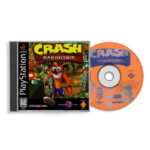 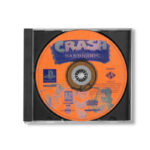 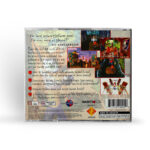 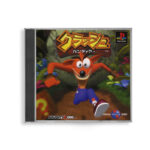 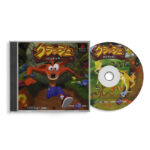 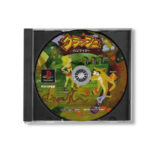 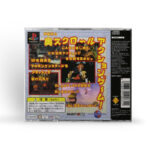 55(with colored silk-screen printing)Crash Bandicoot is a 1996 platform video game developed by Naughty Dog and published by Sony Computer Entertainment for the PlayStation. It is the first installment in the Crash Bandicoot series, chronicling the creation of the title character at the hands of series antagonist Doctor Neo Cortex and henchman Doctor Nitrus Brio. The story follows Crash as he aims to prevent Brio and Cortex’s plans for world domination, and rescue his girlfriend Tawna, a female bandicoot also evolved by Cortex and Brio.

Crash Bandicoot was released to generally positive reviews from critics, who praised the game’s graphics and unique visual style, but criticized its controls and lack of innovation as a platform game. The game went on to sell over 6 million units, making it the eighth best-selling PlayStation game, and the highest selling ranked on sales in the United States. A remastered version, included in the Crash Bandicoot N. Sane Trilogy collection, was released for the PlayStation 4 in June 2017, and ported to other platforms the following year.

Gameplay
Crash Bandicoot is a platform game in which players control the titular protagonist, Crash, as he traverses 32 levels in sequence in order to progress. Crash is able to defeat enemies by either jumping on them or using a spinning attack that launches them. Crash will lose a life if he is hit by an enemy or obstacle, or falls into a bottomless pit. Crash can protect himself by collecting Aku Aku masks, which protect Crash from a single hit from an enemy or obstacle (but not pits or other instant-death obstacles). Crash can hold onto two masks at a time and, upon collecting a third mask, will gain temporary invincibility. The game ends when the player runs out of lives, with more lives earned by finding extra life items or by collecting 100 Wumpa Fruits.

Scattered throughout each level are various types of crates, most of which contain items such as Wumpa Fruit and Aku Aku masks, which can be broken by jumping on or spinning into them. Other types of crate include checkpoint crates, which lets players resume their progress after losing a life, arrow crates which Crash can bounce on, and explosive TNT crates that explode upon being broken, or following a timer that activates by jumping on them. Certain crates, including steel platform crates, are invisible, requiring the player to hit an exclamation box to make them tangible. If the player clears a level with all crates broken without dying, they will earn a gem. Additional gems can be obtained through hidden levels or alternative routes, and some gems are required to access new areas. Collecting all gems in the game allows the player to reach its true ending. If the player manages to collect enough bonus icons, they will be warped to a Bonus Stage which, upon completion, will allow the player to save their progress, either via memory card or password.

Plot
In a southeast Australian archipelago, Dr. Neo Cortex and his assistant, Dr. Nitrus Brio, use a device called the “Evolvo-Ray” to mutate the various animals living on the islands into beasts with superhuman strength and high intelligence. Among their experiments is Crash, a peaceful bandicoot who Cortex intends to be the leader of an army of animal soldiers. Despite Brio’s warnings, Cortex subjects Crash to the untested Cortex Vortex in an attempt to control him. The Vortex rejects Crash, allowing him to escape. After Crash leaps out a window and falls to the ocean below, Cortex prepares a female bandicoot named Tawna to be used in Crash’s place. Having grown attached to Tawna during their time in captivity, Crash resolves to rescue her and defeat Cortex, aided by the spirit guardian Aku Aku, who wishes to drive Cortex from the island.

From the beach of N. Sanity Island, Crash traverses through the islands, defeating a hostile tribal chieftain named Papu Papu, and taking down Cortex’s minions, including the deranged kangaroo Ripper Roo,[18] the muscular Koala Kong, and the gangster Pinstripe Potoroo. Within Cortex’s castle, Crash is confronted by Brio inside his laboratory. Brio drinks several chemicals to mutate himself into a monster. While Crash successfully defeats Brio, the castle laboratory catches on fire during the struggle. Crash escapes to Cortex’s airship, where he confronts his creator as the castle burns. Cortex attacks him with a plasma gun, but Crash deflects his own projectiles against him and sends Cortex falling out of the sky. Tawna embraces Crash as the two escape the burning castle on Cortex’s airship.

From Wikipedia: The Free Encyclopedia
https://en.wikipedia.org/wiki/Crash_Bandicoot_(video_game)

Be the first to review “Crash Bandicoot” Cancel reply