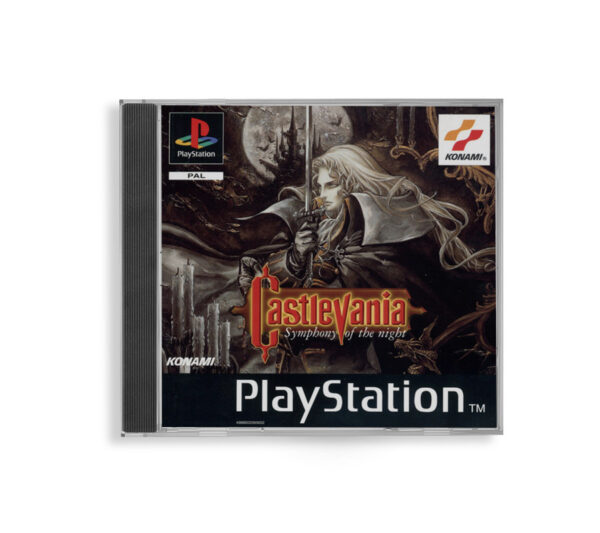 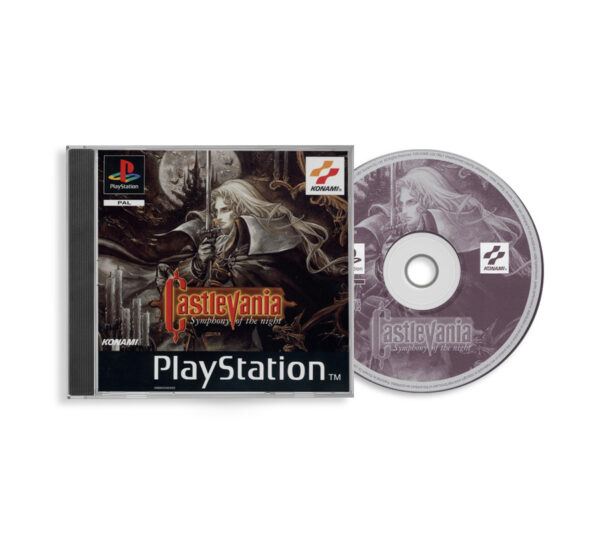 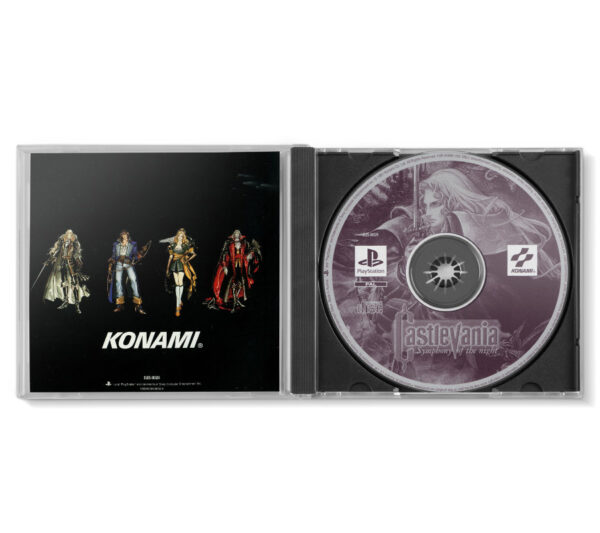 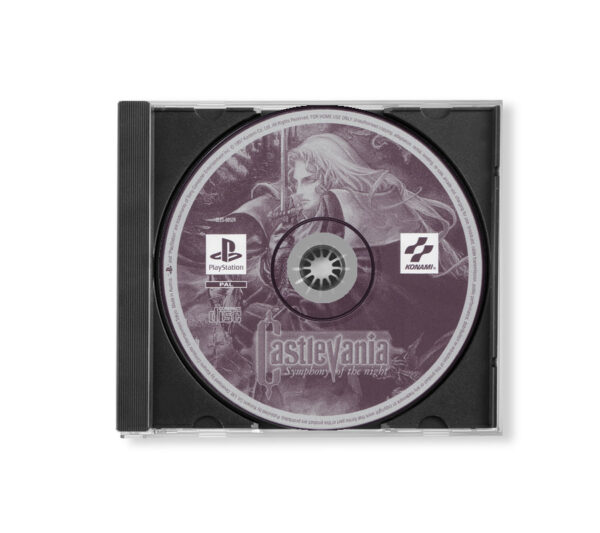 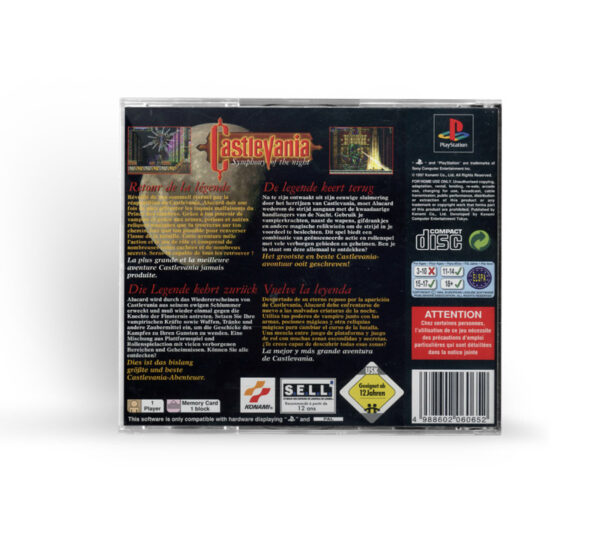 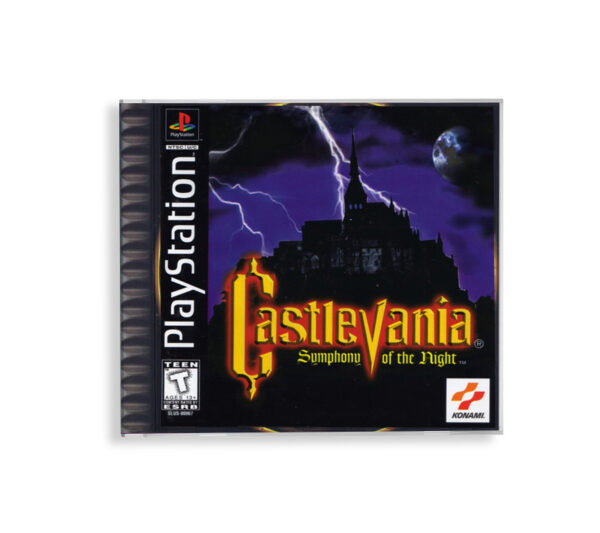 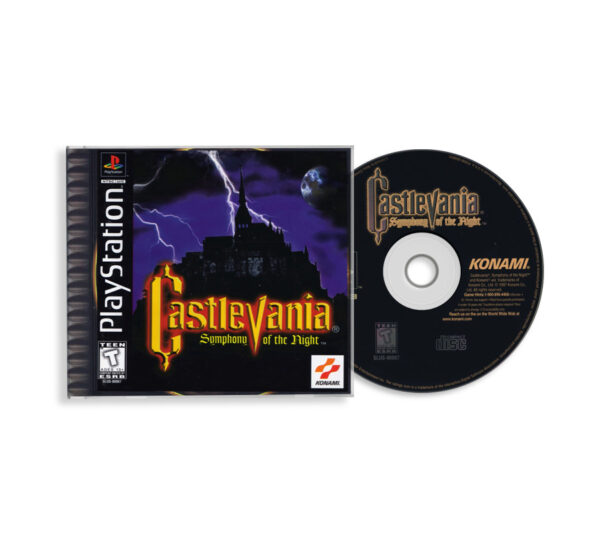 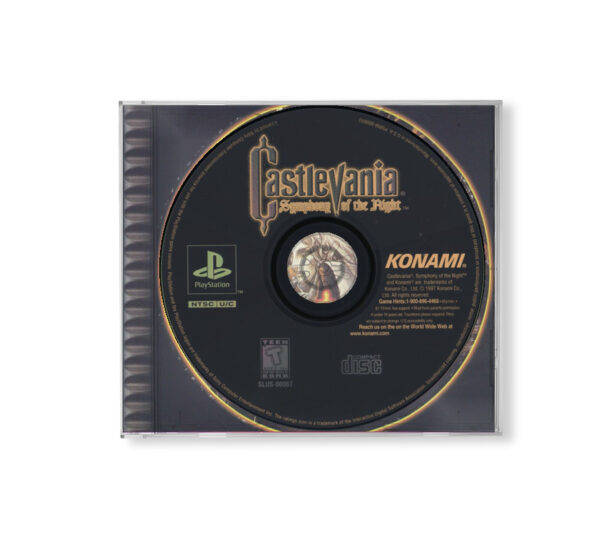 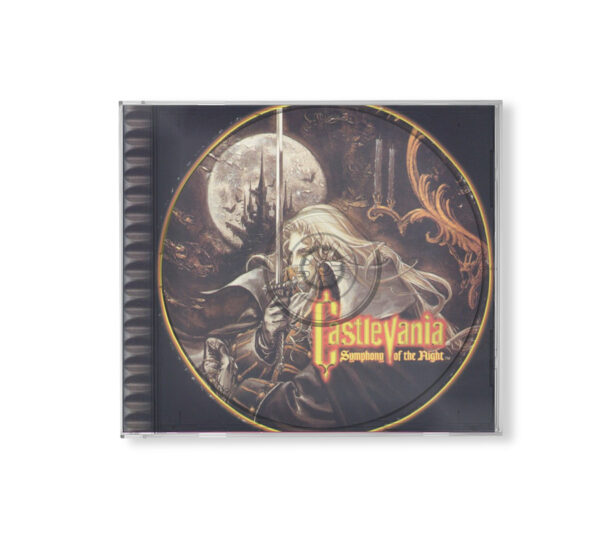 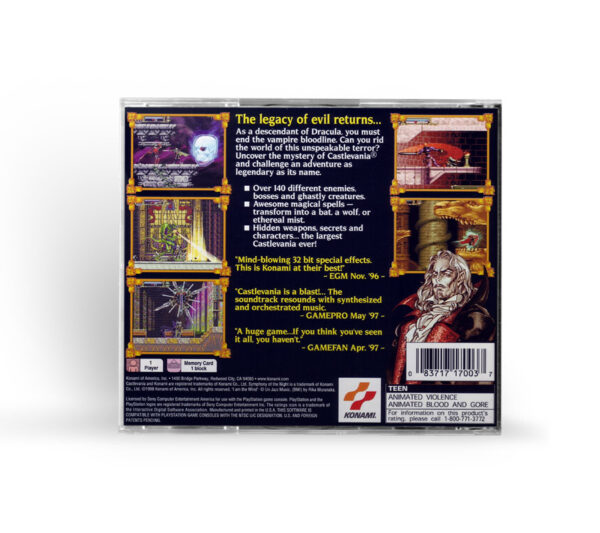 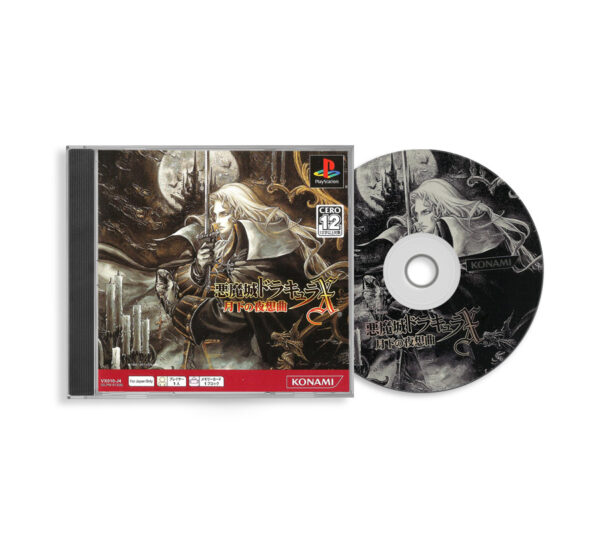 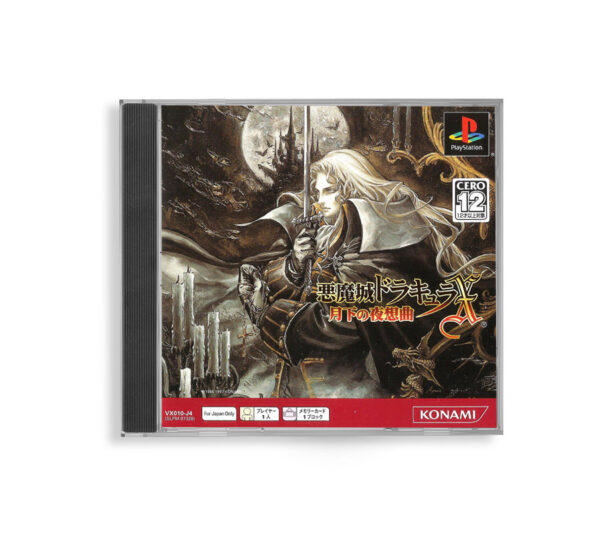 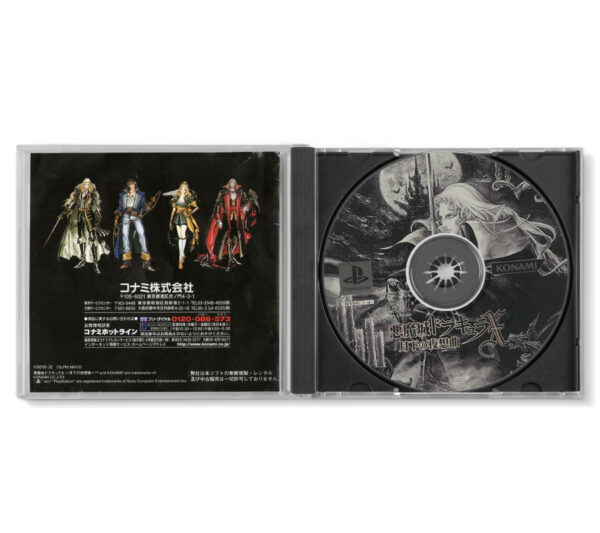 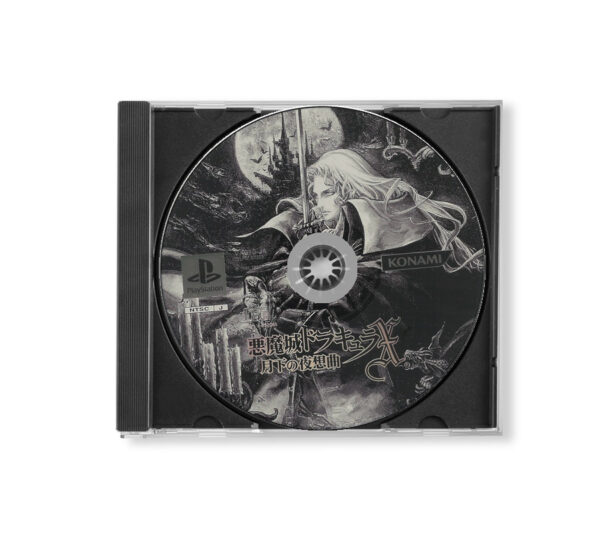 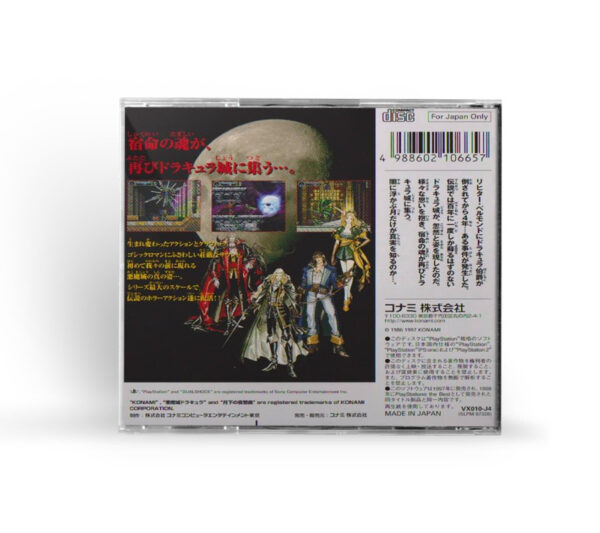 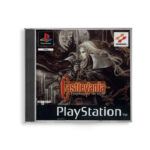 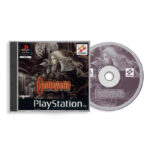 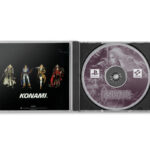 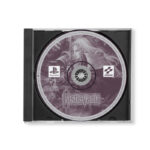 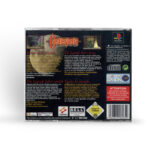 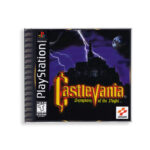 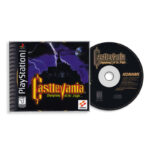 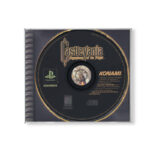 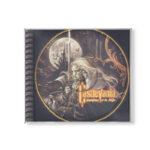 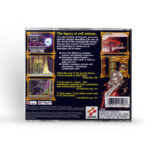 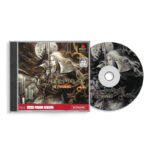 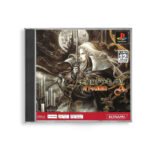 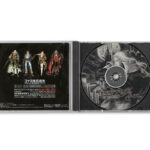 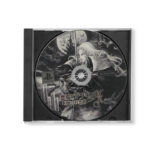 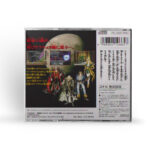 Castlevania: Symphony Of The Night

“CASTLEVANIA: SYMPHONY OF THE NIGHT” for Sony Playstation 1 PSX.

This a reproduction game, so you will get a new high-quality CD-R (with colored silk-screen printing), in a new black or transparent (it depends on the region of origin) jewel case (with colored covers on glossy cardboard), without manual, inside a new transparent film case.

Castlevania: Symphony of the Night is an action-adventure game developed and published by Konami in 1997 for the PlayStation. It was directed and produced by Toru Hagihara, with Koji Igarashi acting as assistant director. It is the sequel to Castlevania: Rondo of Blood, taking place four years later. It features Dracula’s dhampir son Alucard as the protagonist, rising from his slumber to explore Dracula’s castle which has re-appeared after Richter Belmont vanished. It marks a break from previous games in the series, re-introducing the exploration, non-linear level design and role-playing elements first experimented with in Simon’s Quest.

Gameplay
Symphony of the Night uses 2-dimensional side-scrolling gameplay. The objective is exploring Dracula’s castle to defeat an entity who is controlling Richter Belmont, the self-proclaimed lord of the castle and hero of the events which took place in Castlevania: Rondo of Blood. The entity can only be seen with a particular item obtained during gameplay. Once it is defeated, the second portion of the game is revealed, eventually leading to the final battle with a newly awakened Dracula.

The game is non-linear, but most of the castle is inaccessible until various items and abilities are collected, including shapeshifting into a bat, wolf, or mist. As the player uncovers more of the castle, a map is updated to show progress.

While player characters in previous Castlevania games typically used a whip, the player can find and use a wide variety of weapons. The game includes an inventory and other role-playing game elements.

Castlevania: Symphony of the Night incorporates elements found in role-playing video games. Alucard’s hit points determine the maximum amount of damage he can withstand before dying while his magic points decide how frequently a magical attack may be cast. Alucard has four other attributes: strength, the power of his physical attack; defense, his resilience to damage inflicted by the monsters; intelligence, the recovery speed of magic points; and luck, the frequency that items are dropped by enemies.

Defeating monsters provides Alucard with experience points and he will level up after reaching a predetermined amount, increasing his attributes in the process. Alucard may cast eight different spells, which requires the player to input directional combinations and will use up varying amounts of his magic points. During the course of the game, Alucard can acquire the ability to summon familiars, which function as complementary entities, aiding him in battle and exploration.[citation needed]

Alternative modes of gameplay can be unlocked after completion of the game. By inputting Richter Belmont’s name as the user name, the player can play as Richter, who uses a whip as his main weapon and various sub-weapons.[citation needed] In the Sega Saturn version, the port included in the PlayStation Portable game Castlevania: The Dracula X Chronicles, and in the PlayStation 4 port, Castlevania Requiem, Maria Renard is playable. Her abilities differ between the Saturn version and later ports.

Audio
The music used in Castlevania: Symphony of the Night was composed by Michiru Yamane. The soundtrack contains elements from multiple musical genres, including classical, techno, gothic rock, new-age, jazz, and subgenres of metal, specifically elements of thrash metal.[citation needed] “I Am the Wind”, a vocal ending theme written by Rika Muranaka and Tony Haynes, and performed by Cynthia Harrell, is played during the credits.

Castlevania: Symphony of the Night was released in Japan on March 20, 1997, in North America on October 2, 1997, and in Europe in November 1997. The Japanese release was packaged with an art book containing a small manga based on the game and a soundtrack compiled from most of the previous Castlevania games.

The North American and European version’s localization was handled by Jeremy Blaustein, although he was not present for the voice recording. Blaustein added the lines “What is a man? A miserable little pile of secrets”, which were taken from the novel Man’s Fate by André Malraux. Other changes made in localization included AI improvements, the addition of a sound test, and the correction of a game-crashing bug found in the Japanese release. The game was low-balled as a prospect for release in the United States, given relatively little advertising, received limited funding for its North American production, and was initially not a major financial success. The game was re-released in Japan on the “PlayStation the Best” label on March 19, 1998, and in North America on “Greatest Hits” in 1998.

From Wikipedia: The Free Encyclopedia
https://en.wikipedia.org/wiki/Castlevania:_Symphony_of_the_Night

Be the first to review “Castlevania: Symphony Of The Night” Cancel reply