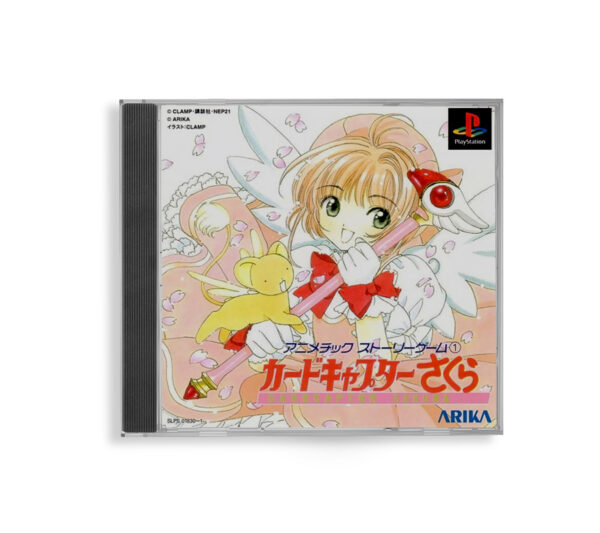 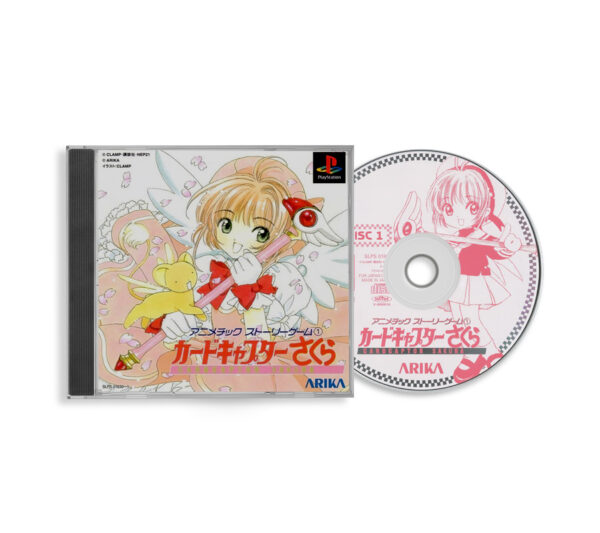 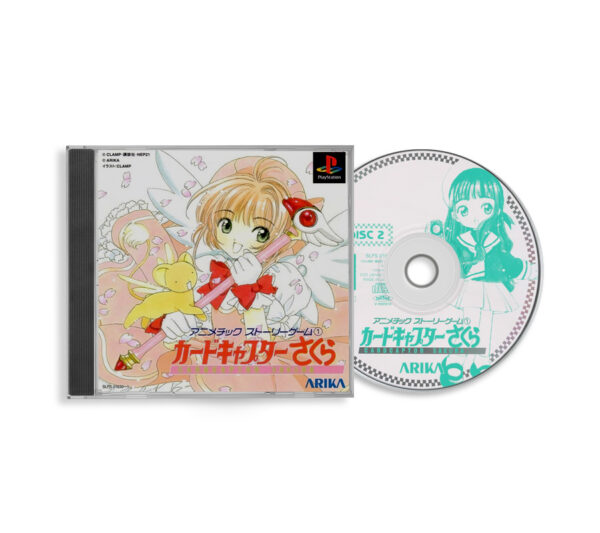 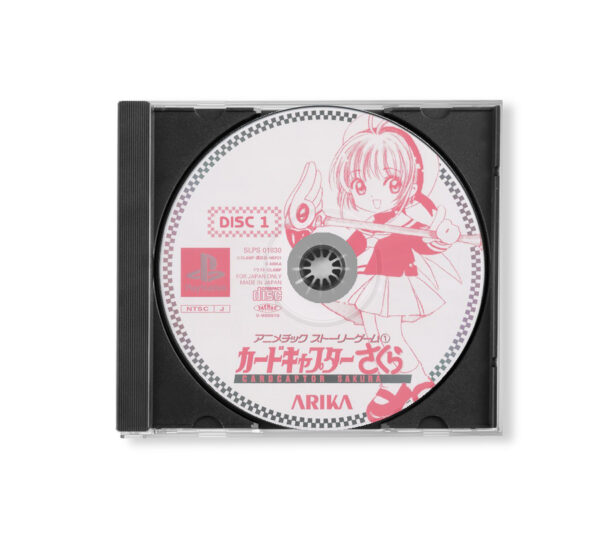 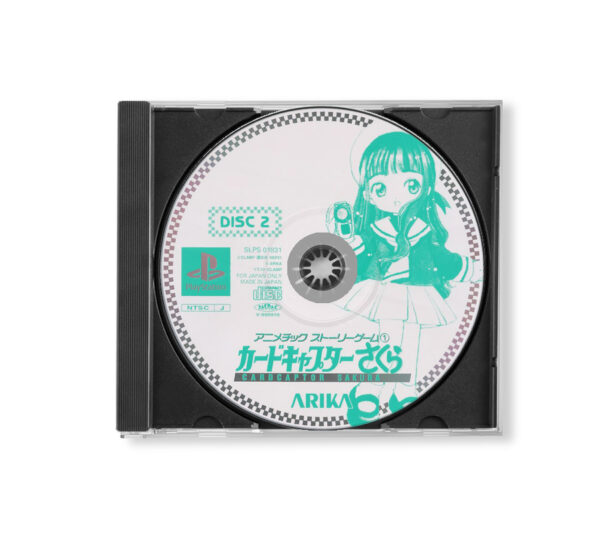 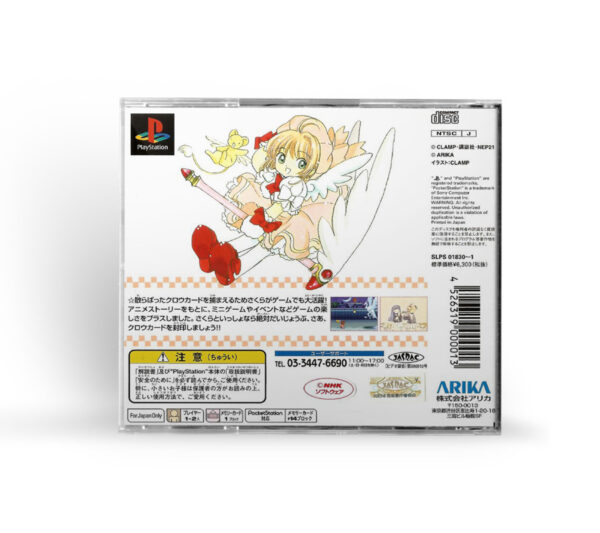 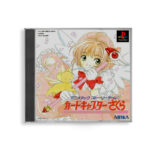 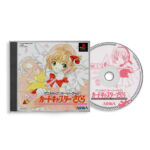 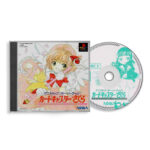 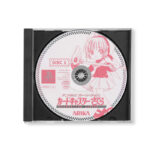 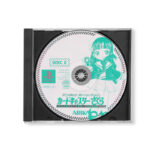 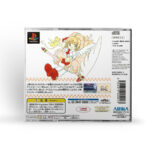 This a reproduction game, so you will get 2 new black high-quality CD-Rs (with colored silk-screen printing), in a new double black jewel case, with colored covers on glossy cardboard, without manual, inside a new transparent film case.

Cardcaptor Sakura (Japanese: カードキャプターさくら, Hepburn: Kādokyaputā Sakura, commonly abbreviated as CCS) is a Japanese shōjo manga series written and illustrated by the manga group Clamp. The manga was originally serialized in Nakayoshi from May 1996 to June 2000, and published in 12 tankōbon volumes by Kodansha from November 1996 to July 2000. The story focuses on Sakura Kinomoto, an elementary school student in Japan who discovers magical powers after accidentally freeing a set of magical cards into the world; she must retrieve the cards to prevent catastrophe. Each of these cards grants different magical powers, and can only be activated by someone with inherent magical abilities. A sequel by Clamp, Cardcaptor Sakura: Clear Card, focusing on Sakura in junior high school, began serialization in Nakayoshi in 2016.

The manga was adapted into a 70-episode anime television series by Madhouse that aired on Japan’s satellite television channel NHK BS2 from April 1998 to March 2000. Additional media include two anime films, video games, art books, picture books, and film comics. Tokyopop released the manga in English in North America from March 2000 to August 2003. After Tokyopop’s license expired, Dark Horse Manga released the series in omnibus editions from October 2010 to September 2012. The anime was dubbed in English by Hong Kong’s Omni Productions, and was aired in Southeast Asia and South Asia on the channel Animax Asia.

Nelvana licensed the TV series and first film for North America under the English title Cardcaptors, which first aired on Kids’ WB from June 2000 to December 2001. All 70 episodes were dubbed; while other English-speaking territories received the full run, the version aired on American television was heavily edited into 39 episodes. Cardcaptors also aired on Cartoon Network (Toonami), Teletoon, Nickelodeon, Channel 4, Network Ten, and RTÉ2. The TV series and films were sub-licensed by Geneon, which released them unedited with English subtitles. The TV series was also released by Madman Entertainment in Australia and New Zealand.

Cardcaptor Sakura was critically well received. Critics praised the manga for its creativity and described it as a quintessential shōjo manga, as well as a critical work for manga in general. The manga series was awarded the Seiun Award for Best Manga in 2001. The television series was praised for transcending its target audience of young children and being enjoyable to older viewers, and for its artwork, humor, and animation; it won the Animage Grand Prix award for Best Anime in 1999. The American edit of Cardcaptors, however, was criticized for removing elements essential to the plot.

Video games
Ten video games have been produced based on the series and released on a variety of video game and handheld consoles. They feature various genres, such as adventure and role-playing video games.

From Wikipedia: The Free Encyclopedia
https://en.wikipedia.org/wiki/Cardcaptor_Sakura#Video_games