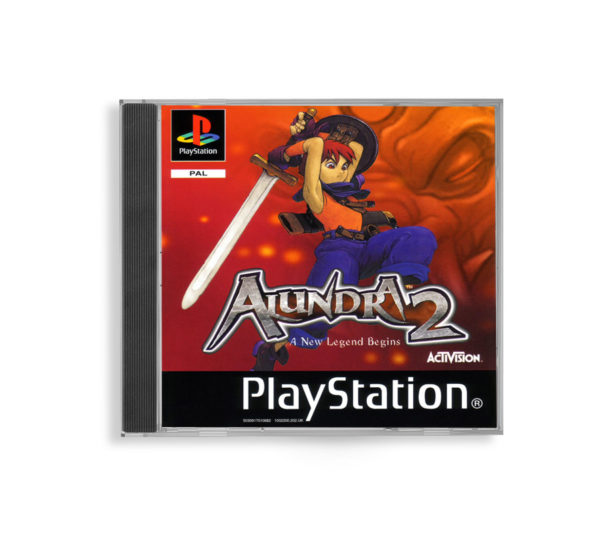 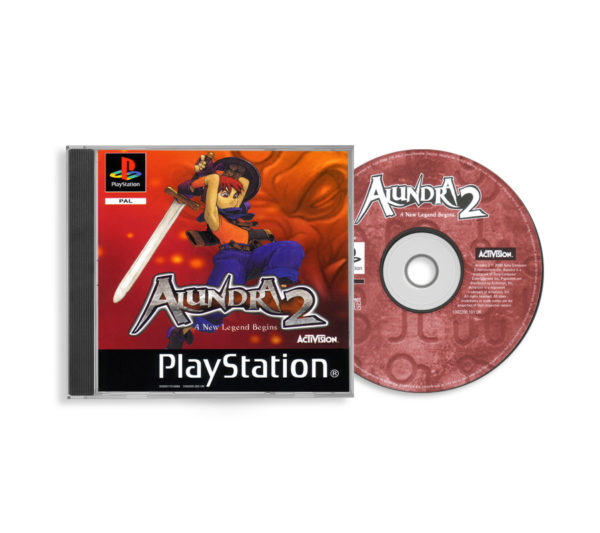 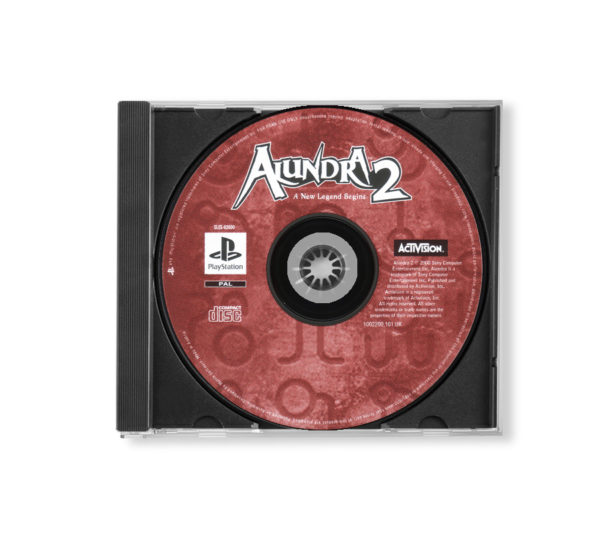 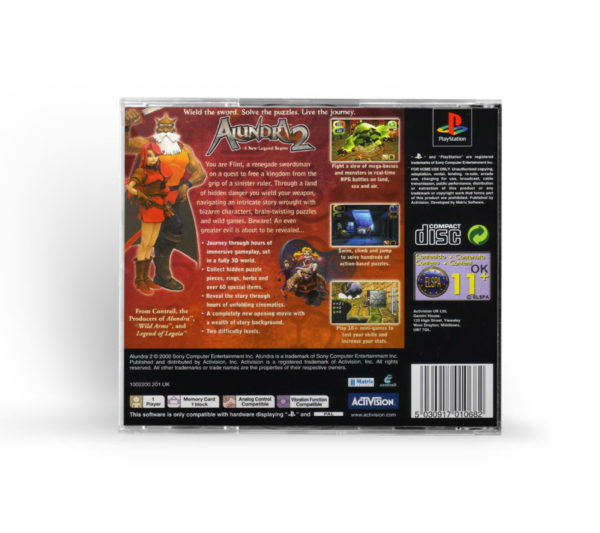 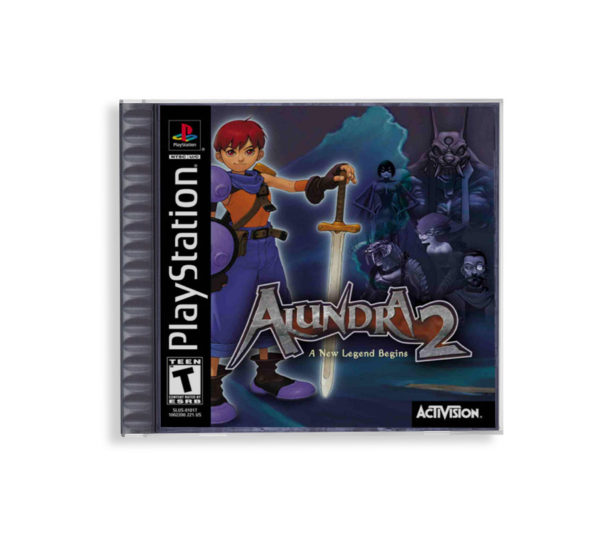 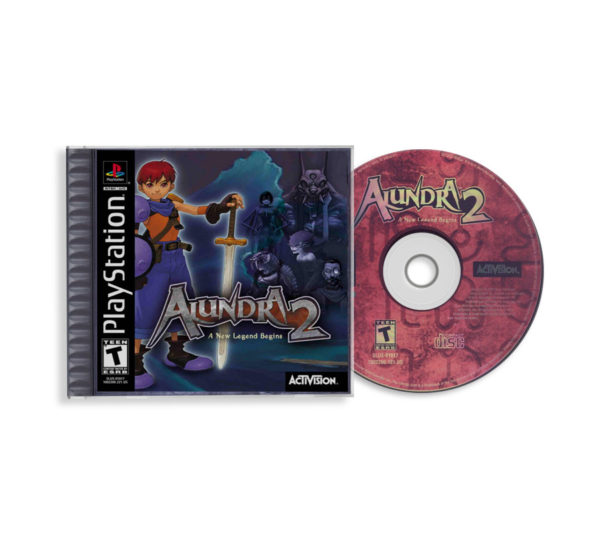 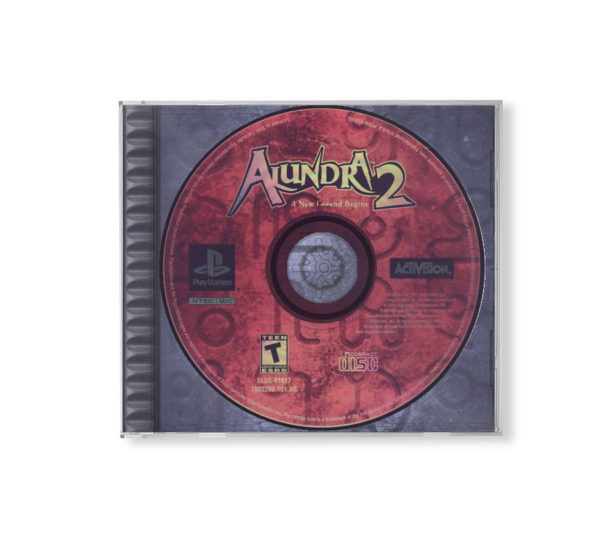 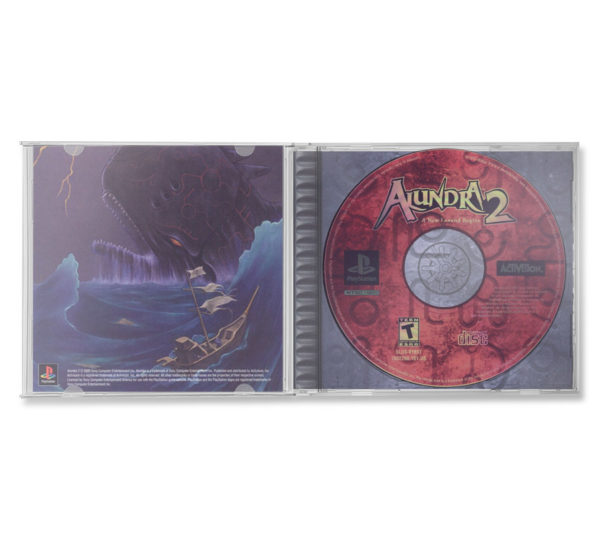 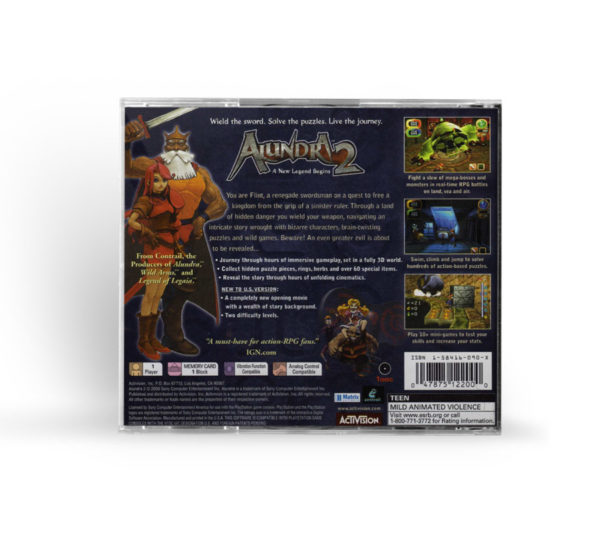 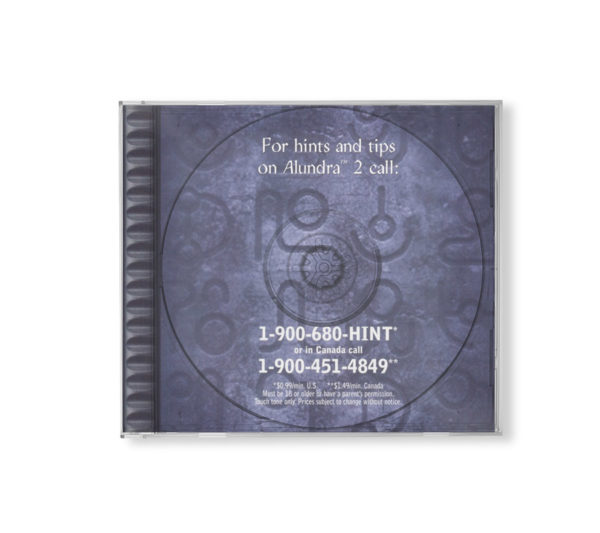 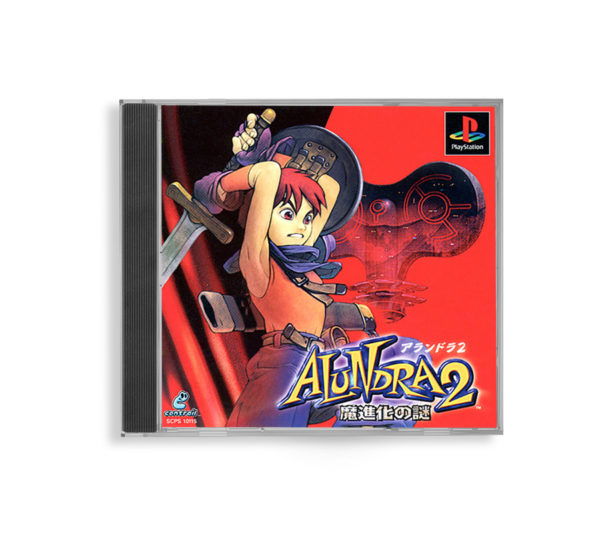 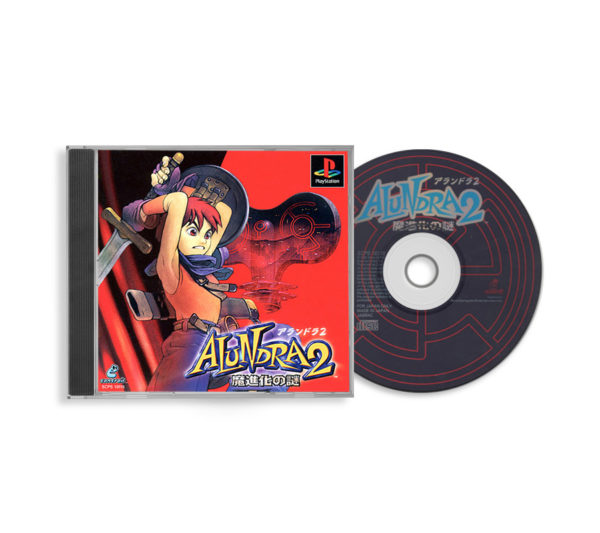 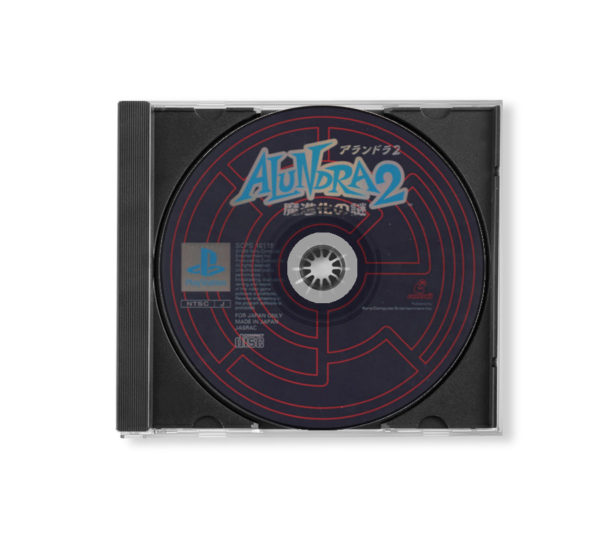 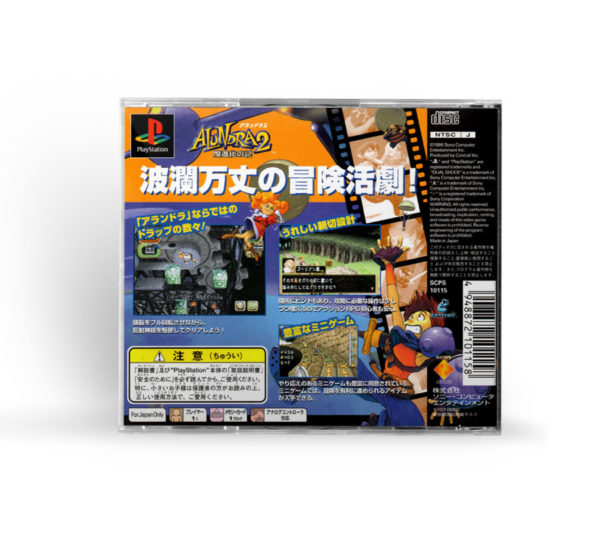 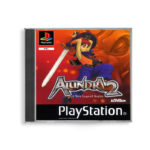 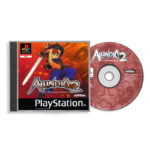 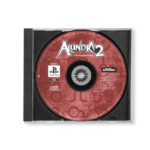 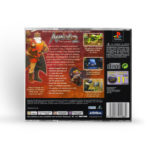 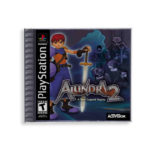 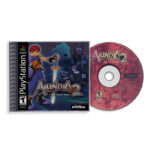 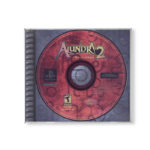 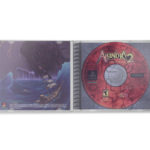 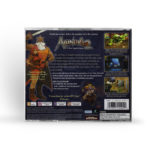 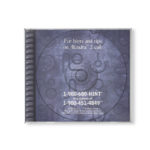 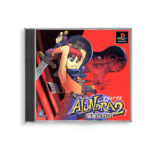 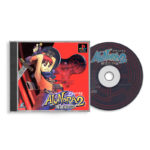 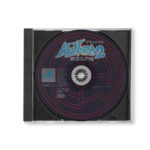 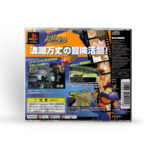 This a reproduction game, so you will get a new high-quality CD-R (with colored silk-screen printing), in a new black or transparent jewel case (it depends on the region of origin), with colored covers on glossy cardboard, without manual, inside a new transparent film case.

Alundra 2: A New Legend Begins (アランドラ2 魔進化の謎, Arandora 2 Ma Shinka no Nazo, Alundra 2: The Mystery of Magic Evolution) is an action role-playing game developed by Matrix Software for the Sony PlayStation. It was published by SCEI in Japan and Activision worldwide.

Unlike its predecessor, Alundra, Alundra 2 features a 3D look which opens up a new world of puzzles. Also, despite its title, Alundra 2 is a standalone sequel, and has no ties with the original. It has a whole new story with a different set of characters, including the main character, Flint. Compared to the darker storyline of Alundra, Alundra 2 has a more light-hearted storyline.

Alundra 2 is an action role-playing game that has the environment in 3D, the character can be moved in all directions, and the camera can be manually rotated 360 degrees. Gameplay consists of fighting enemies, interacting with character NPCs, puzzle solving, platforming, and exploration. The story is presented through text and voiced cutscenes.

The player controls Flint, a young swordsman and silent protagonist. Flint uses a sword to fight enemies and he carries a shield which gives passive damage reduction; stronger versions of both are obtainable throughout the game. Flint can also learn additional successive strikes for his sword, known as combos, by collecting items called Puzzle Pieces and exchanging them with the character Lord Jeehan. The game also features unique magical ring items which grant Flint special powers such as the abilities to float in place or traverse over harmful lava.

Alundra 2′s story is set in the kingdom of Varuna. Mephisto, a powerful sorcerer is using magical wind-up keys to control humans and turn animals into mindless, violent machines. Flint is a pirate hunter wanted for treason, and he is after the pirates that caused his parents’ death.

The game begins with Flint infiltrating a flying airship. Inside, he finds the ship is staffed by humanoid robots; there are conspicuous keys protruding from their backs and their speech is unintelligible. Also on board is a family of three pirates: Zeppo, Albert, and Ruby. Flint eavesdrops on their conversation and it is mentioned that Mephisto can create “mechanical men” through a technology that only he understands. Baron Diaz, untrusting of Mephisto, tasks the pirates with keeping an eye on him.

Flint is discovered and attacked by Zeppo. The resulting battle damages the interior of the ship and causes it to crash. Flint falls into the sea and washes onto a shore where he is found by a villager and taken in. After recovering, he meets Princess Alexia and joins forces with her. Alexia explains that her father is missing and she knows that Baron Diaz used the pirates to get rid of him.

In their search for incriminating proof, Flint and Alexia encounter Mephisto, battle with his mechanical abominations, and investigate the suspicious “Church of the Key”. They are eventually detained by Mephisto and taken by sea to Varuna. Flint is thrown overboard, but he survives and reaches the capital to confront Baron Diaz. The Baron threatens Alexia’s life and tasks Flint with retrieving three relics in exchange for her safety. Flint is told to enlist the help of the three pirates he had met before: Zeppo, Albert, and Ruby. They assist him in entering the ruins. Flint goes through the ruins and does battle with their ancient guardians to obtain the three relics.

Flint returns to Baron Diaz and delivers the relics, and the Baron uses them to enter a tower in search of the lost treasure of Varuna. Mephisto follows the Baron inside and reads a mural on a wall. He explains that there are a set of instructions on the mural and that yet another relic is required before the instructions can be completed. Flint is ordered to retrieve a fourth relic and he battles through more dungeons in search of the relic. Along the way, he meets an enslaved dragon named Tirion. Flint frees him and the dragon flies him back to Varuna.

After Flint returns the final relic, it is set in place and the machinery of the tower is activated. Mephisto reveals that there isn’t a lost treasure of Varuna and that he had built the tower two thousand years ago in order to calculate the coordinates of the nerve-center of the planet. A wizard named Lumiere, however, prevented Mephisto from entering by sealing the tower. Mephisto then inserts a key into the Baron, turning him into a mechanical monster. After Flint defeats the monster, Baron Diaz returns to normal. Outside of the capital, Mephisto raises his Star Key, a giant key-shaped structure, out of the sea. His intention is to use its power to mutate the planet and take control.

Tirion flies Flint, Alexia, Zeppo, Albert, and Ruby to the Star Key to confront Mephisto. Flint makes his way through the dungeon and he finds that Zeppo has been captured. Mephisto appears and inserts a key into Zeppo, also turning him into a mechanical monster. Flint defeats the monster, returning Zeppo to his former state, and then faces Mephisto in battle. Flint kills Mephisto and the Star Key collapses into the sea. The group escapes on the back of Tirion; Flint and Alexia share an embrace as they fly away.

The game received an average score of 69.32% at GameRankings, based on an aggregate of 25 reviews.

Japanese magazine Famitsu gave the game a score of 28 out of 40.

IGN gave Alundra 2 a score of 7.7 out of 10. After praising its predecessor Alundra as “one of the PlayStation’s best action/RPGs” and its storyline as “one of the darkest storylines of any role-playing games in existence,” the reviewer stated that Alundra 2 “just doesn’t stack up” and that, “even though the writing was exceptional, it didn’t make up for the fact that the game had a really fruity storyline.” However, he stated that he enjoyed “the game’s puzzles and was very impressed with the localization job by Activision,” but that “the game was really hurt by its less than precise controls, annoyingly difficult boss battles,” “uninspiring music, and graphical glitches.” He concluded that, “pretend that this has nothing to do with the original Alundra or Zelda, and you’ll probably enjoy this game just fine. It’s definitely one of the top five action/RPGs on the PlayStation.”

GameSpot was very critical of the game, giving it just a 4/10.

GameRevolution gave it a C.

Jeff Lundrigan reviewed the PlayStation version of the game for Next Generation, rating it four stars out of five, and stated that “A pretty standard RPG story gussied up with well-designed action puzzles, terrific graphics, and a huge world. Very nice.”

From Wikipedia: The Free Encyclopedia
https://en.wikipedia.org/wiki/Alundra_2

Be the first to review “Alundra 2: A New Legend Begins” Cancel reply