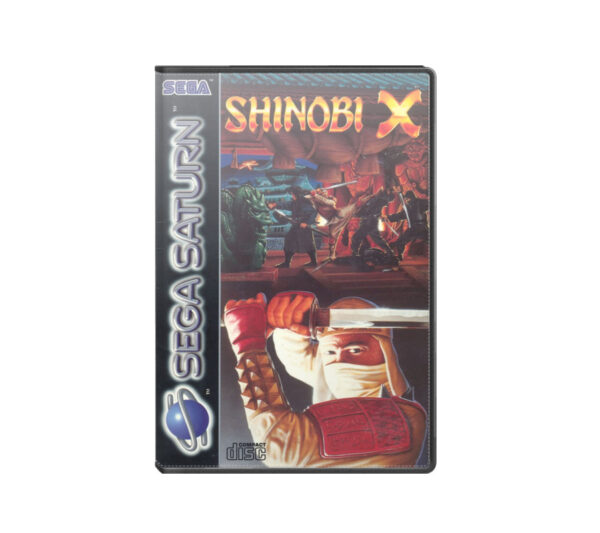 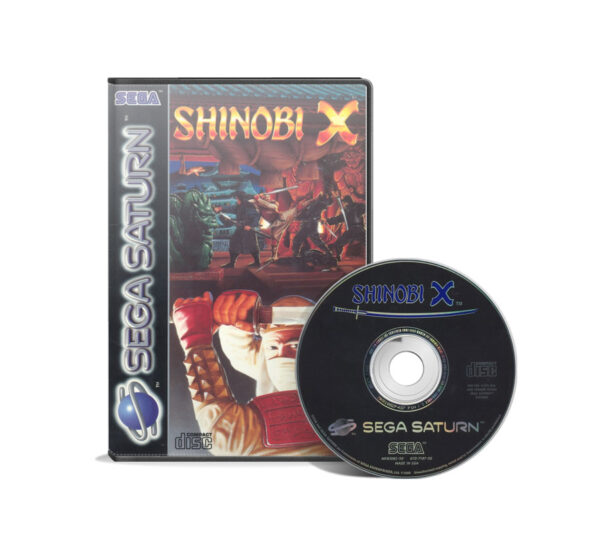 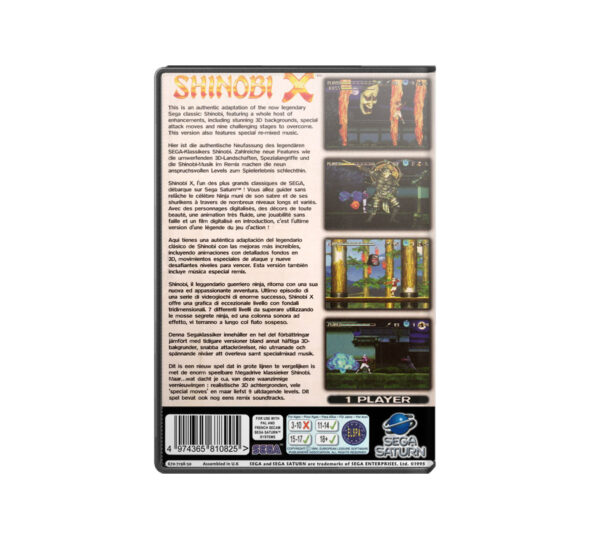 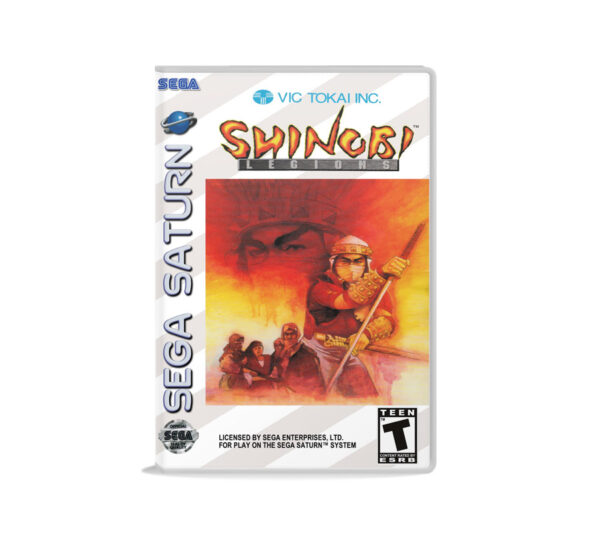 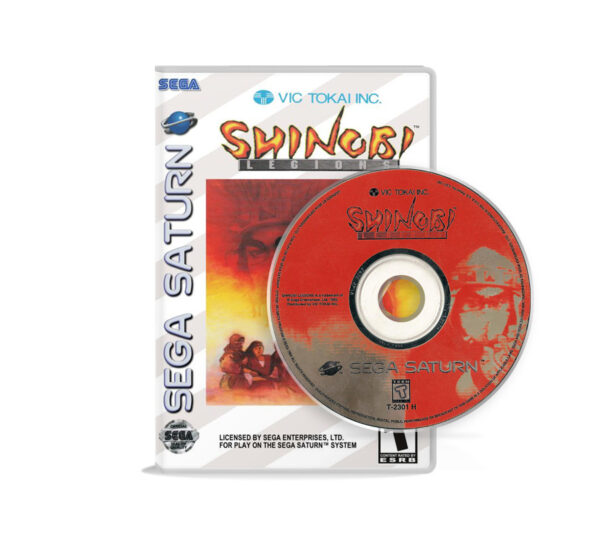 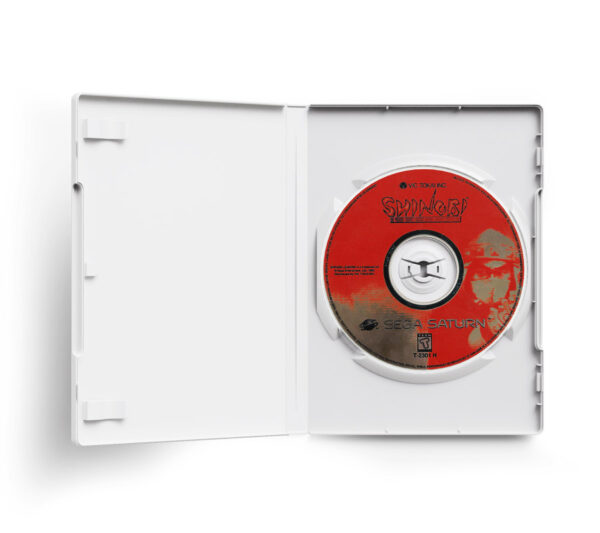 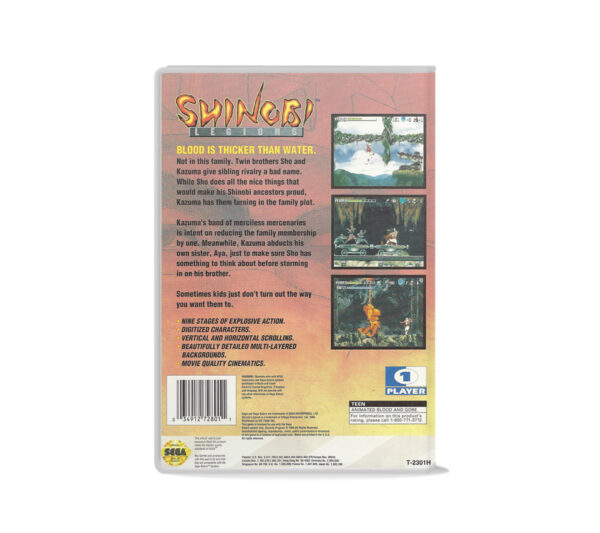 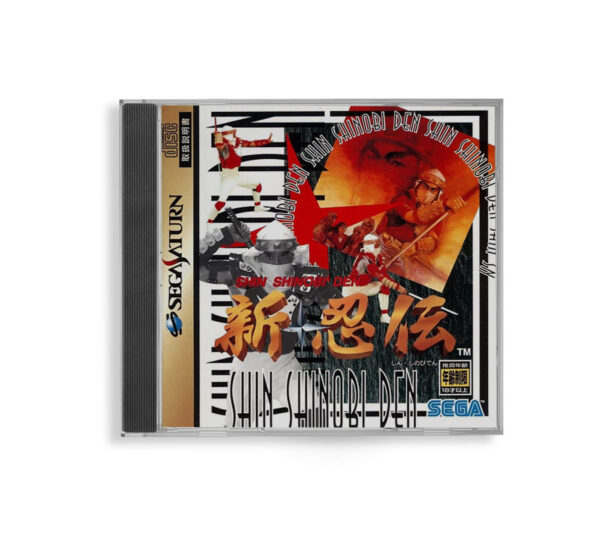 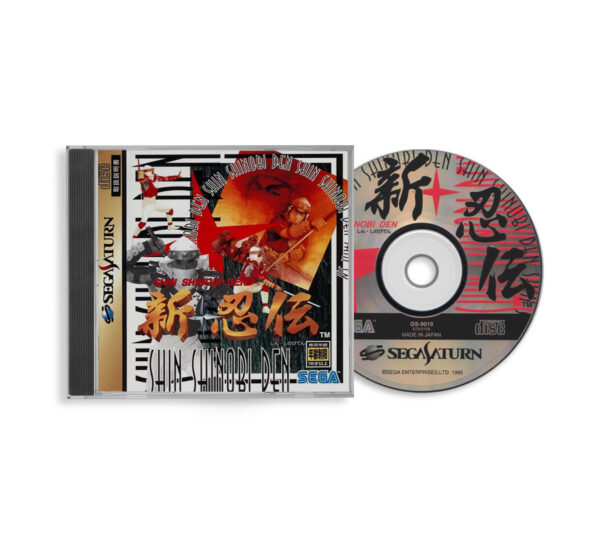 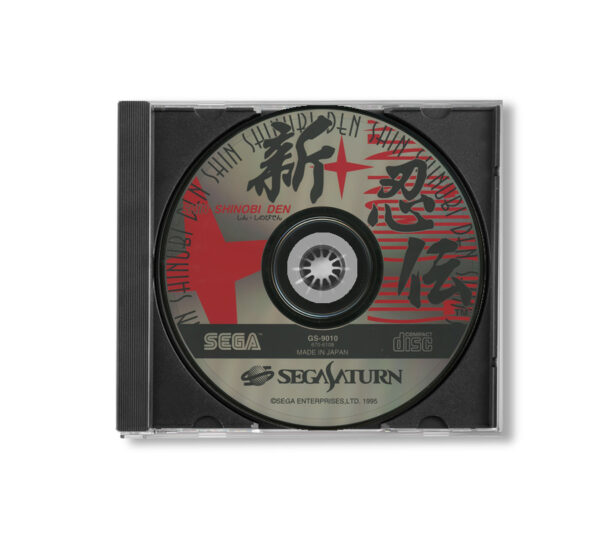 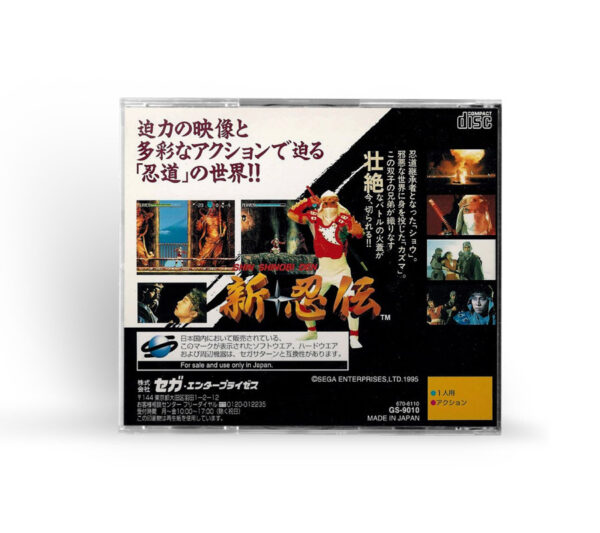 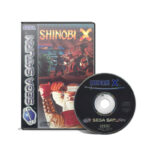 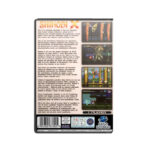 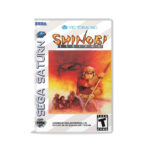 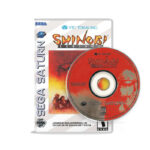 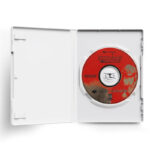 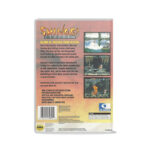 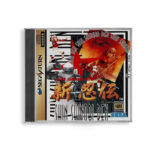 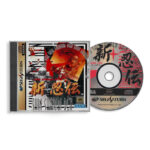 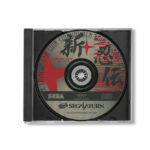 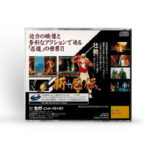 This a reproduction game, so you will get a new high-quality CD-R (with color printed on CD label serigraphy), in a new black (or white) DVD/ Blue Ray box, or in a new black jewel case (depending on the region of origin), with colored covers on glossy cardboard, without manual, inside a new transparent film case.

Shinobi Legions, known as Shinobi X in Europe and as Shin Shinobi Den (新・忍伝) in Japan, is an action game in the Shinobi series, developed and published by Sega in 1995 for Sega Saturn.

Gameplay
Shinobi Legions is a traditional side-scrolling action game, which means that each level must be finished from left to right. Along the way, the protagonist ninja Sho will come across various foes and obstacles that will test the player’s skill, including boss encounters. The gameplay itself is largely the same as that in Shinobi III: Return of the Ninja Master. However this time emphasis lies on the use of Sho’s katana instead of his shuriken, and separate buttons are now used to control them.

The four ninjutsu techniques from earlier Shinobi games have also disappeared. Instead, Sho gains his special abilities by picking up various items scattered across each level. Among them are simple power-ups (yellow and red orbs to restore his hit points) or temporary ninjutsu abilities, such as the Great Sword or the Bunshin clone shield against enemy attacks.

Also found in each level are blue orbs called life spheres. Every time the player manages to collect ten of them, Sho gains one continue. Some item crates contain bombs that will damage Sho if he is standing too near.

Plot
Years of civil war have brought the ninjutsu code and its warriors to the brink of extinction. A ninjutsu master selects three children to carry on the ninja traditions for the next generation: two brothers, Kazuma and Sho, and his own daughter Aya. He begins to train them.

Kazuma returns with an army and the resources to build a fortress. Although the old master has died, his pupils contain the secrets of the ultimate technique. Kazuma sets up a trap to lure Sho into his hideout, and kidnaps Aya to use her as a bait.

In the ending, Kazuma sacrifices himself to save Aya and Sho from an explosion.

Shinobi X
The European version of Shinobi Legions, published by Sega Europe and released as Shinobi X (a revert to the game’s original title from when it was first announced at the Tokyo Toy Show in June 1994), was delayed and released in late 1995. It was delayed because Sega Europe’s producer David Nulty disliked the original music score and wanted to change it for the European release, in a similar way that Sega of America did years before with the North American release of Sonic CD.

The in-game tracks were replaced by British video game composer Richard Jacques, while the cutscene music tracks were left intact. Jacques composed the soundtrack in imitation of the style of Yuzo Koshiro’s The Revenge of Shinobi. The North American version, published earlier the same year by Vic Tokai, had retained the same music as the Japanese version.

From Wikipedia: The Free Encyclopedia
https://en.wikipedia.org/wiki/Shinobi_Legions