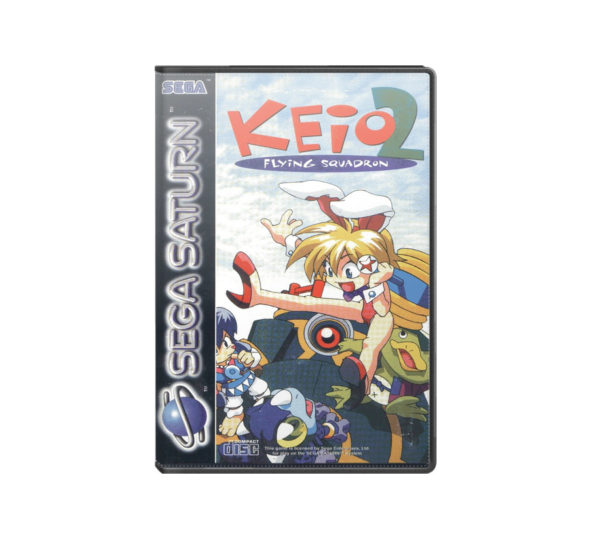 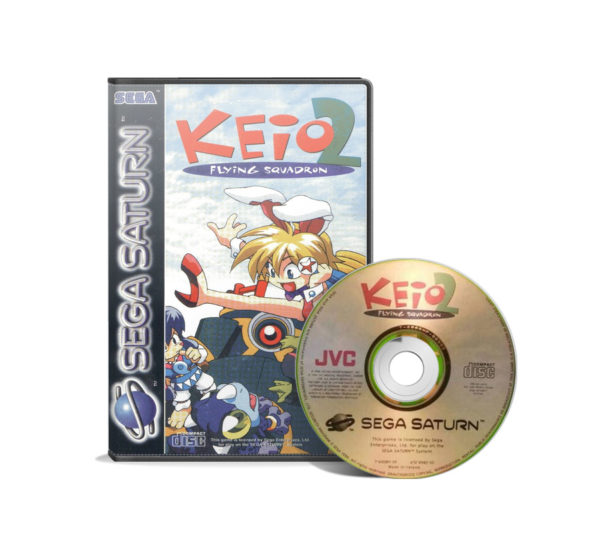 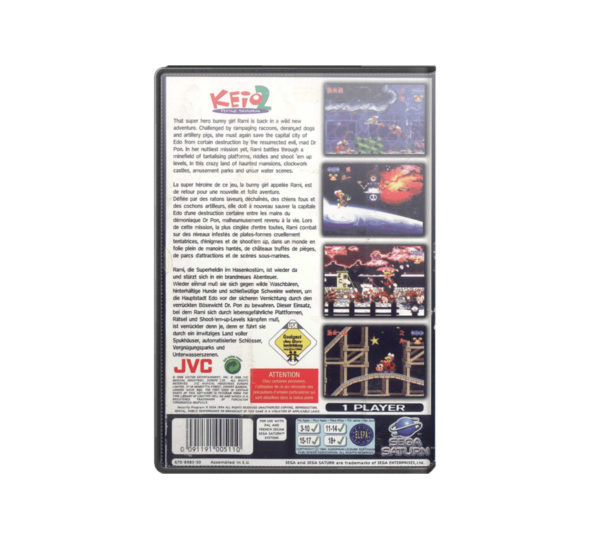 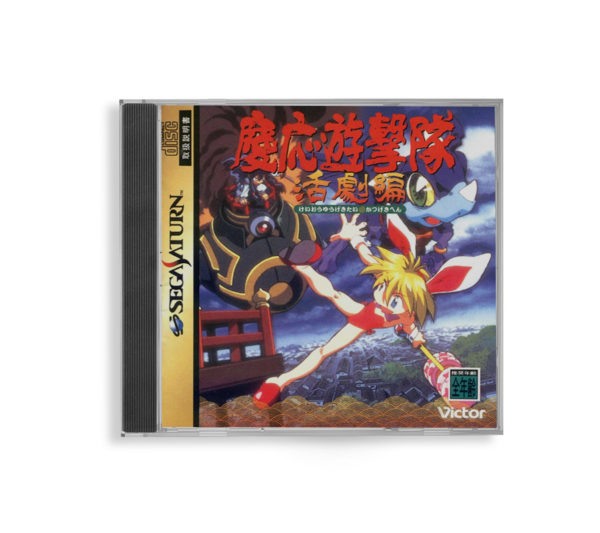 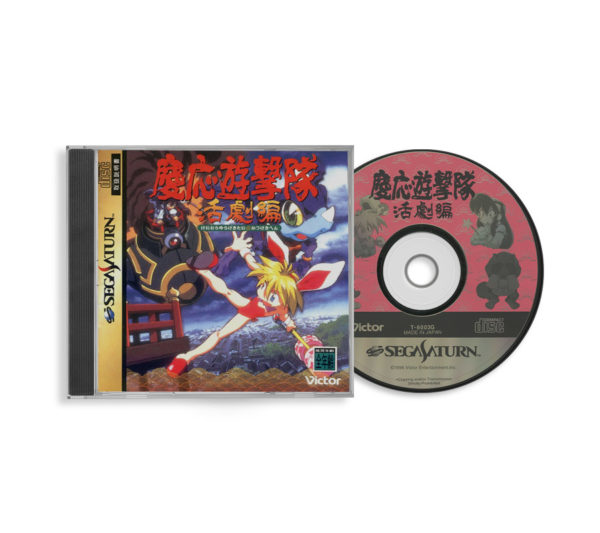 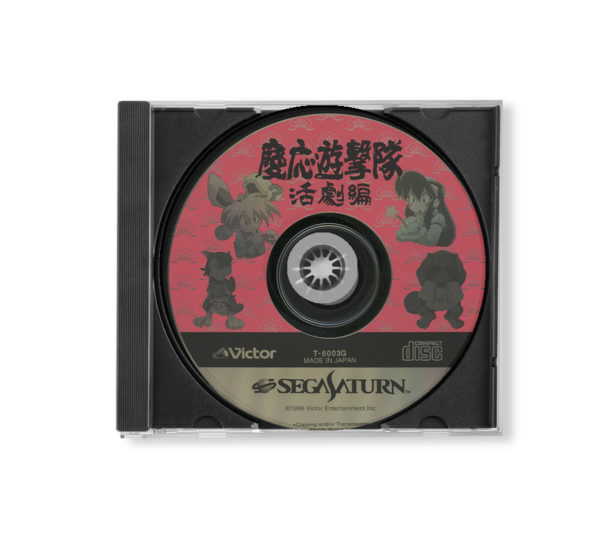 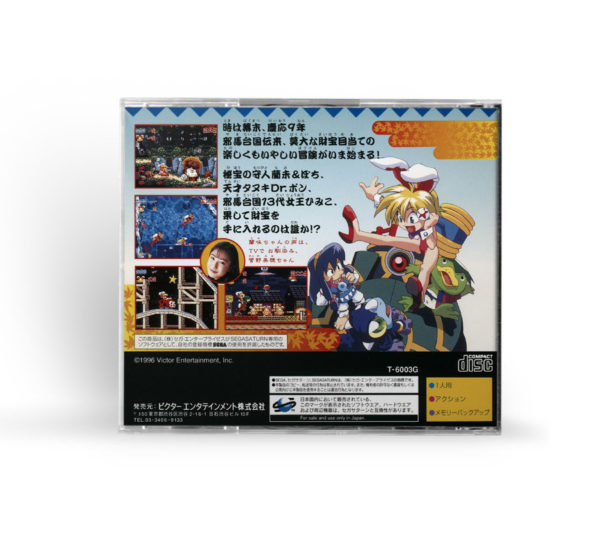 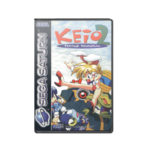 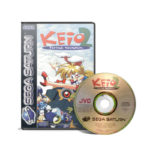 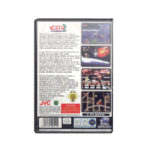 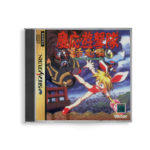 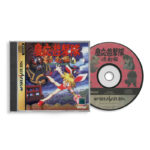 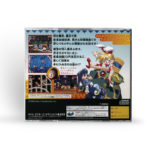 This a reproduction game, so you will get a new high-quality CD-R (with colored silk-screen printing), in a new black DVD/ Blue Ray box, or in a new black (it depends on the region of origin) jewel case (inside a new transparent film case), with colored covers on glossy cardboard, without manual.

Keio Flying Squadron 2 (慶応遊撃隊活劇編, Keiō Yūgekitai: Katsugeki-hen) is a 1996 Japanese video game for the Sega Saturn. Developed by Victor Entertainment, it is a direct sequel to the first game. While the first game is a side-scrolling shoot ’em up, the second game is a platformer.

Like the first game, the second game refers to Japanese culture, both ancient and modern simultaneously.

The second installment of the series continues the story of Rami Nana-Hikari’s adventures as the keeper of the Secret Treasure. A year has passed since the apocalyptic disaster which left a great crater in the center of Edo City. The destruction wrought major economic consequences and while much investment was poured into the public works for the new Edo Castle, the citizens were all feeling the pinch of the recession.

Dr. Pon Eho was no exception. Although a freak of nature with an astronomical IQ of 1400, hard reality forced the genius raccoon to become a laborer in the construction of the New Castle. One day, while he was shoveling away some gravel near the center of the crater, he unearthed the Secret Treasure Scroll and one of the Six Magical Orbs! With the knowledge that the six Orbs together would bring him enormous wealth, he quickly left his job in search of the remaining five Orbs listed on the Scroll’s map.

Meanwhile, Himiko Yamatai, “the Pompous Queen of the Ancients”, makes a dramatic appearance at the Nana-Hikari family’s dinner table and grabs the family’s Magical Orb. But before she can get away, Dr. Pon ambushes her and steals it. Of course, Rami makes chase and joins the race for the great treasure, starting her on her new adventure.

This game features animated cutscenes provided by Studio Pierrot, who also provided the animation for the cutscenes in the first game.

The game mainly consists of sidescrolling platformer stages. Two of the stages retain the shoot-’em-up style of the first game, but the lesser dragons can be obtained as bonuses only. Besides the platformer and shoot-’em-up stages, there are vertically scrolling special stages, an underwater stage and a rollercoaster stage, classifying the game as a multi-genre platformer.

Several bonuses can be collected including three weapons:

Points Orbs can be collected throughout the game. Defeating some enemies also rewards points but there are enemies such as miners that are considered passive and will instead deduct points when defeated. A reward system accessed from the main menu unlocks helpful hints and behind-the-scenes extras depending on the highest and lowest scores achieved through playing.

From Wikipedia: The Free Encyclopedia
https://en.wikipedia.org/wiki/Keio_Flying_Squadron_2