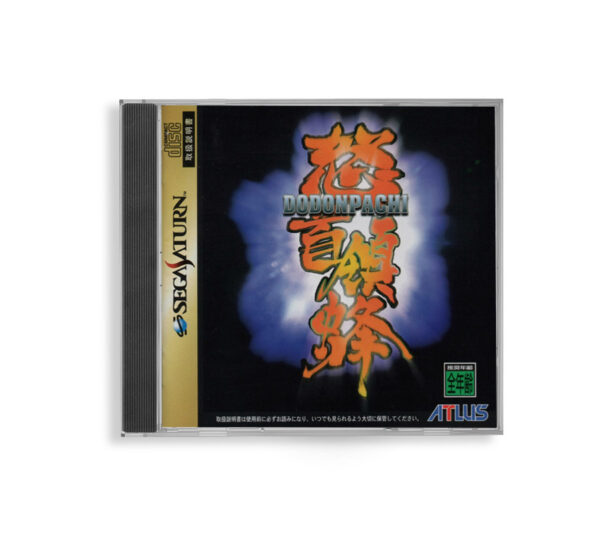 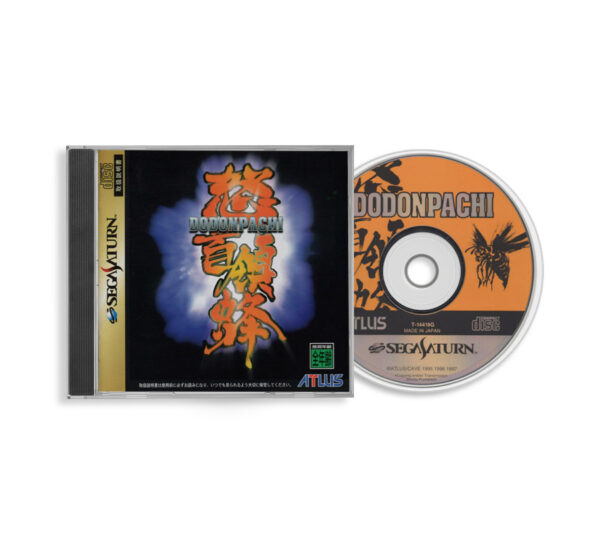 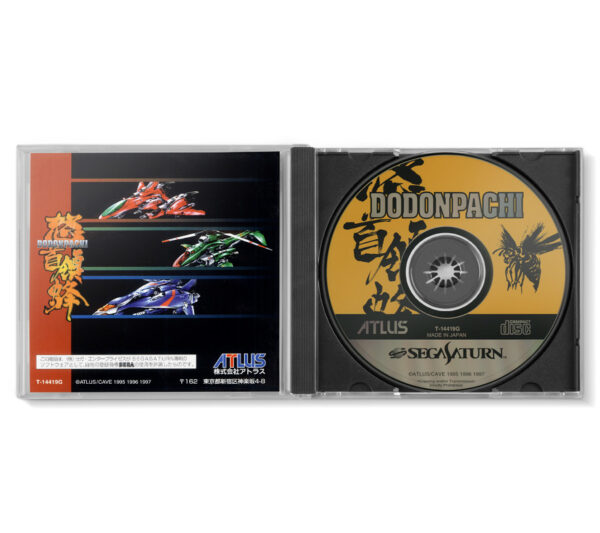 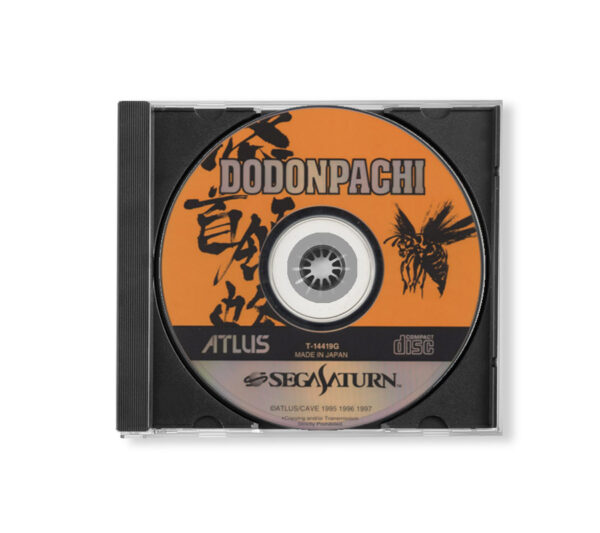 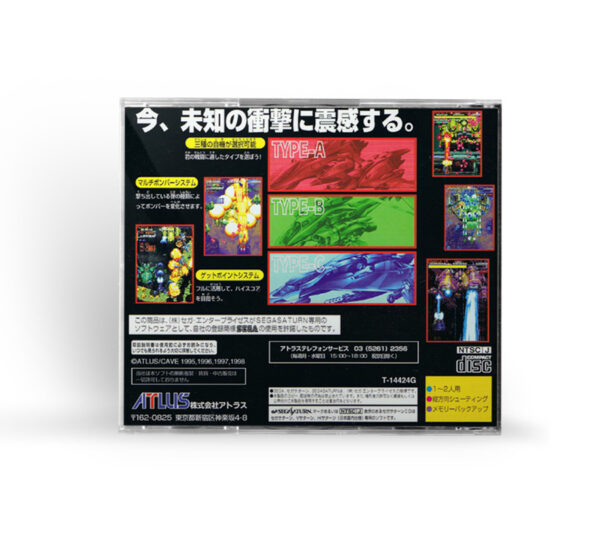 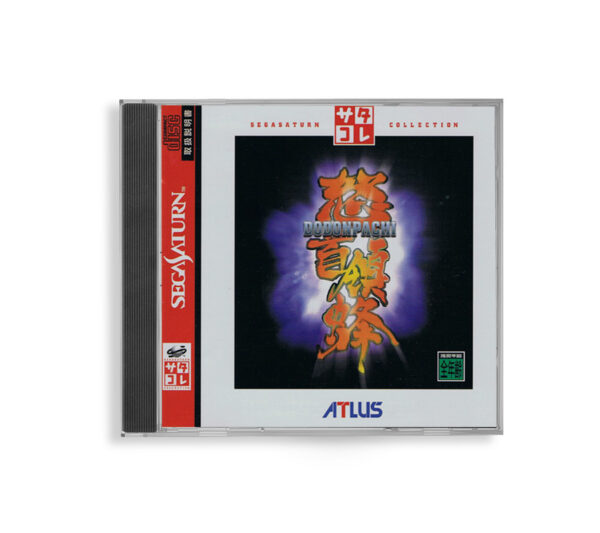 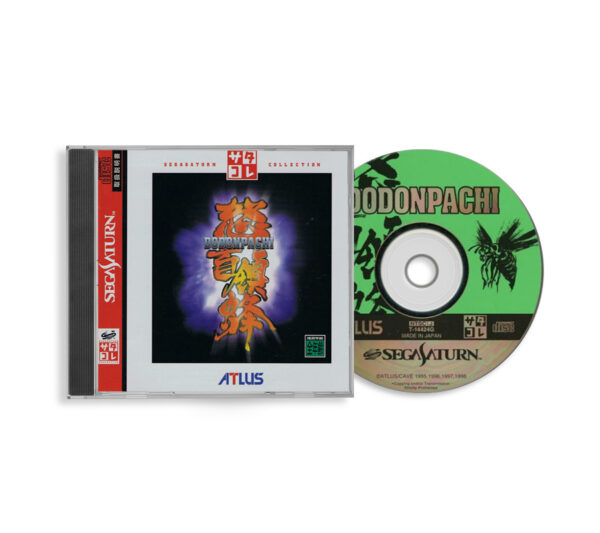 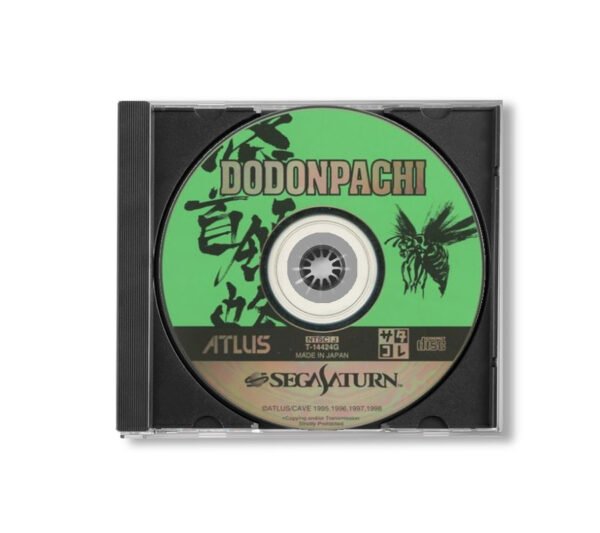 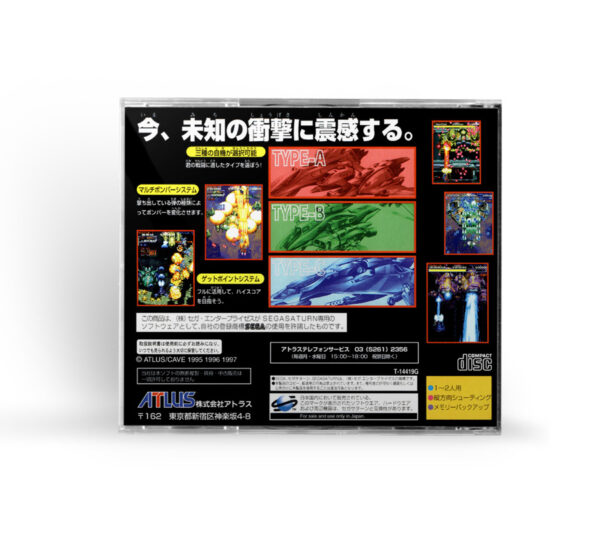 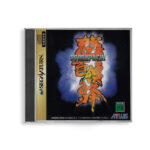 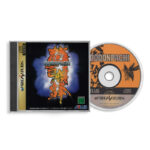 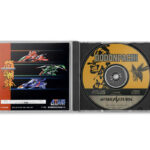 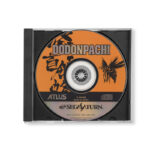 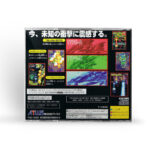 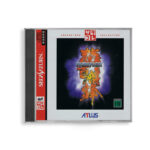 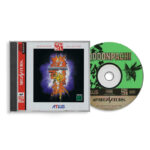 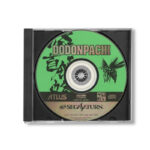 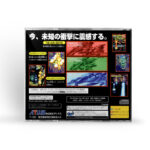 DoDonPachi is a vertically-scrolling bullet hell shoot’ em up developed by Cave and published by Atlus in 1997. It was the second game developed by Cave, and the sixth on Cave’s first-generation arcade hardware. As with its predecessor DonPachi, the title is both a Japanese term for expressing the sound of gunfire, and a term that relates to bees (here it means “angry leader bee”). The sequel to this game is DoDonPachi II, which was made by a different developer. The original developer later released its own sequel, DoDonPachi DaiOuJou.

Gameplay
Compared to DonPachi, DoDonPachi is generally known for introducing new gameplay elements while improving or changing existing ones. The overall background of the game, unlike following sequels, remains more or less centered around a supposed invasion by a mysterious race of mechanized aliens, which the player is called to face throughout its run. However, more sinister and shocking secrets lie beneath the surface, accessible only to those brave and skilled enough to clear the entire game.

Release
DoDonPachi was first released in Japanese arcades by Atlus on February 5, 1997, using the CAVE 68000 board. On November 6, 1998, a sountrack album containing music from the game and ESP Ra.De. was co-published exclusively in Japan by Scitron and Gamest. On September 18, 1997, a conversion for the Sega Saturn was published by Atlus in Japan featuring an exclusive “Saturn” mode containing a new stage and boss, as well as the ability to change its difficulty setting and enemy patterns, in addition of gameplay mechanics. On September 10, 1998, a version for PlayStation was developed and published by SPS, featuring the ability of manually slowdown the game and a “wait-control” system that toggles in-game slowdown on or off. Both the Saturn and PlayStation ports have horizontal (YOKO) and vertial (TATE) display settings, however the ship must be selected in the options menu if TATE display is selected when playing the latter release.

From Wikipedia: The Free Encyclopedia
https://en.wikipedia.org/wiki/DoDonPachi

Be the first to review “DoDonPachi” Cancel reply