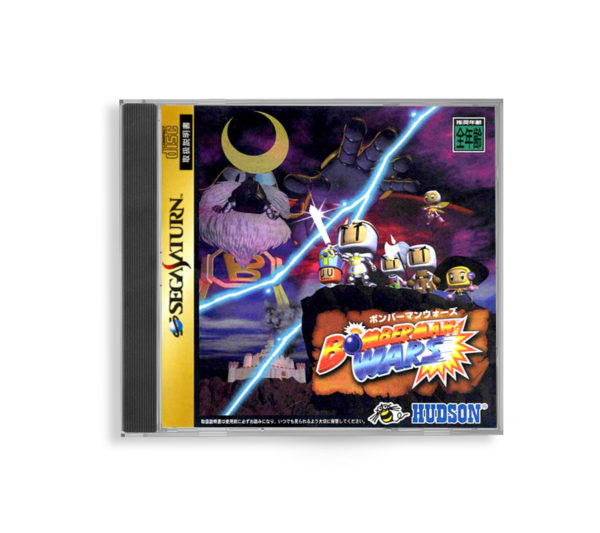 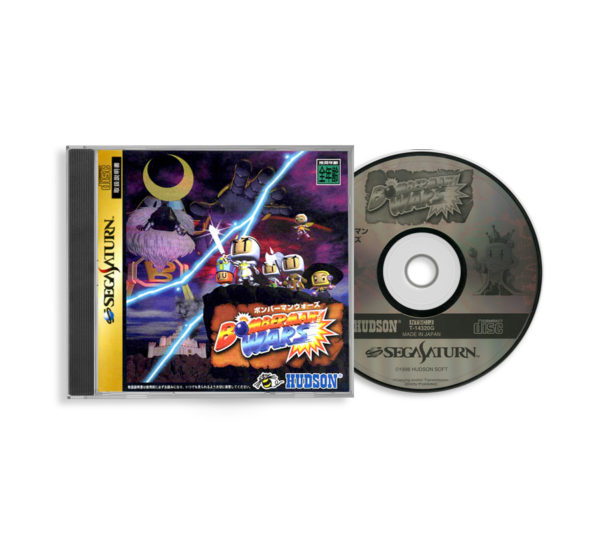 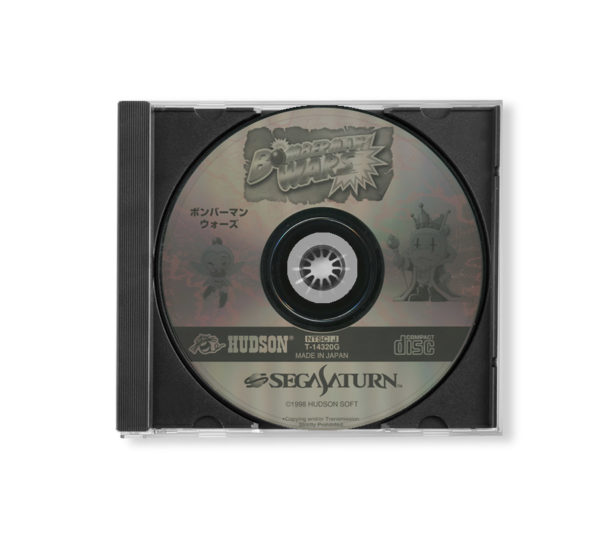 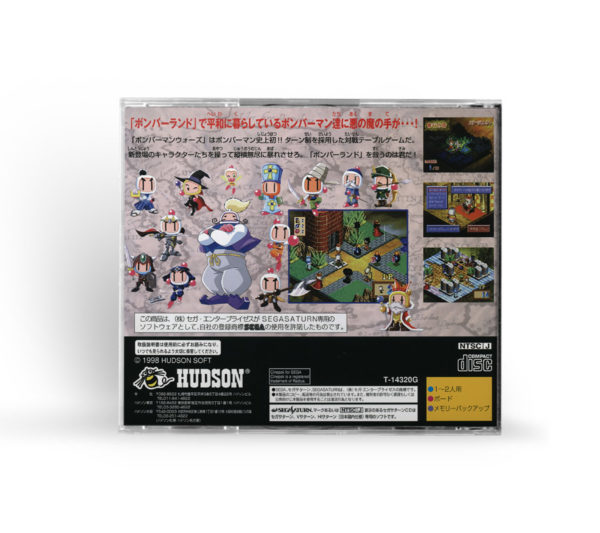 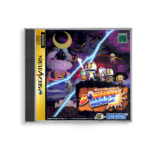 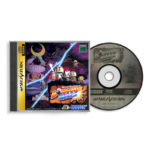 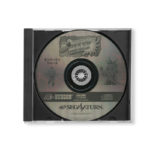 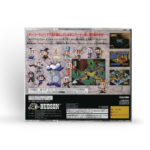 Bomberman Wars (ボンバーマンウォーズ, Bonbāman Wōzu) is a 1998 Japanese video game in the Bomberman series released for the Sega Saturn and PlayStation. It is a strategy role playing game, in contrast to previous games.

The main character is King Bomber who rules over his kingdom. The objective of the game is to conquer all the pieces of the Bomber country. Eventually, you fight the main villain, Bagular, and his four henchmen.

This is one of the earliest games in the Bomberman series to stray away from its party game roots and focus more on the single-player component. It is a turned based strategy RPG.

It features a Quest mode, and a Battle mode.

Weekly Famitsu reviewed the PlayStation version of the game, giving it a score of 24 out of 40.

From Wikipedia: The Free Encyclopedia
https://en.wikipedia.org/wiki/Bomberman_Wars

Be the first to review “Bomberman Wars” Cancel reply