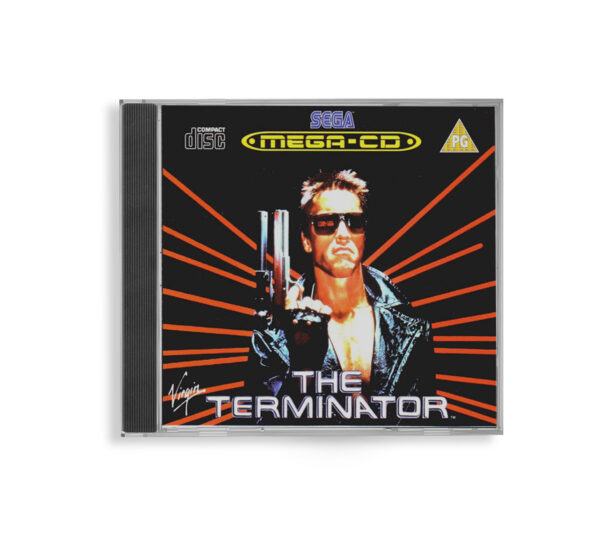 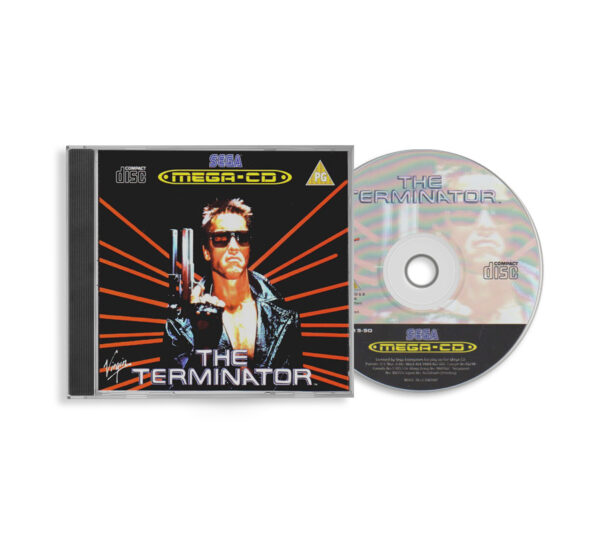 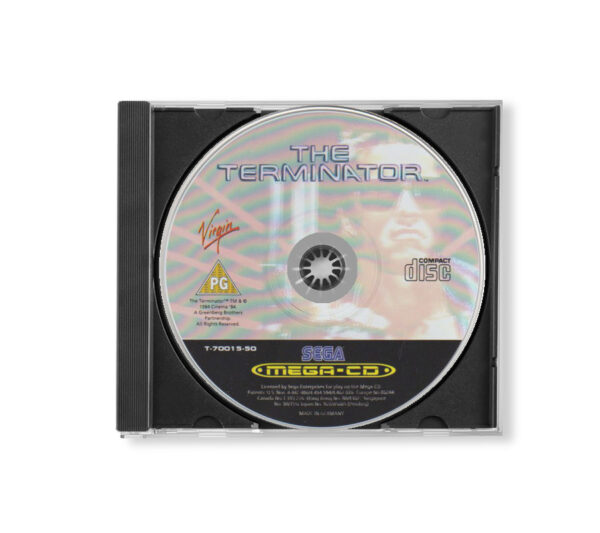 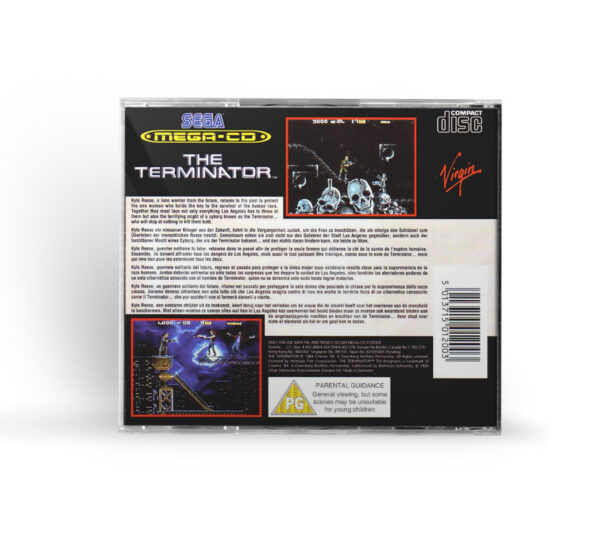 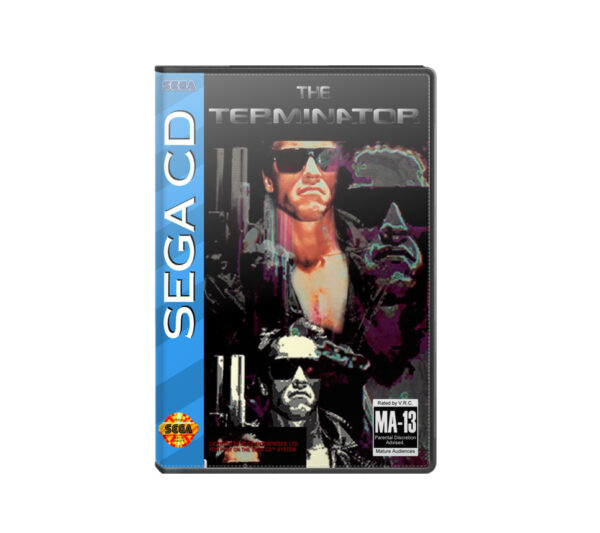 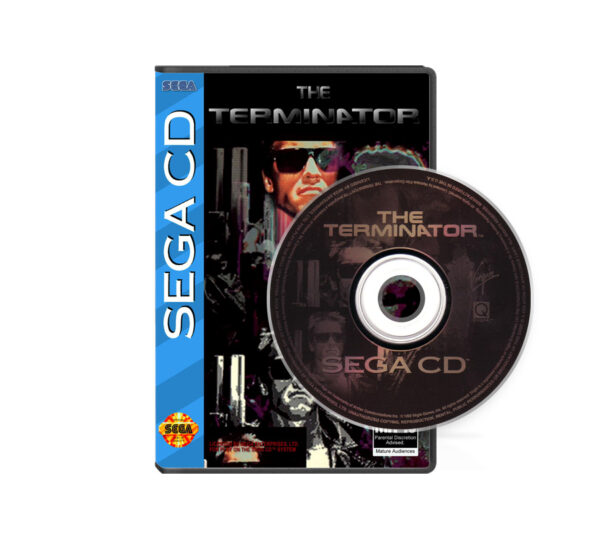 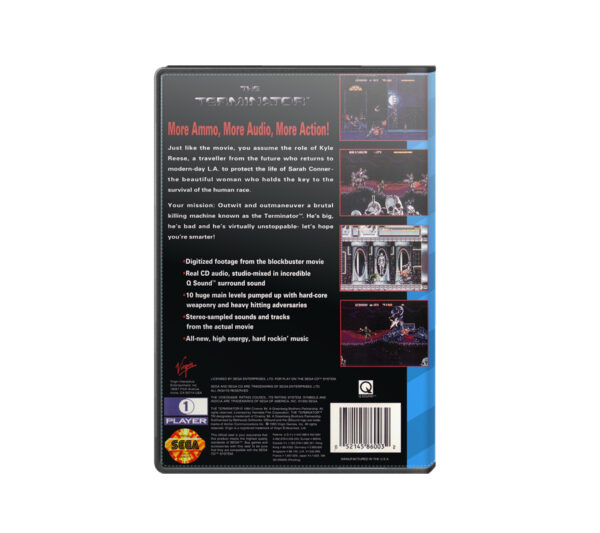 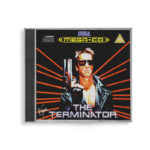 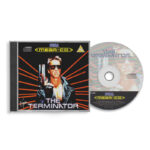 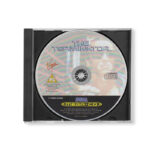 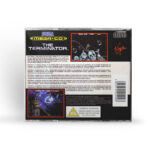 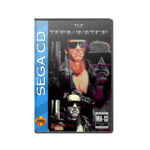 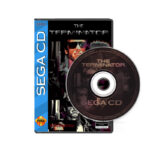 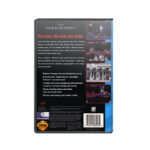 “THE TERMINATOR” for SEGA Mega-CD.

This a reproduction game, so you will get a new high-quality CD-R (with color printed on CD label serigraphy), in a new black or blue DVD/ Blue Ray box (depending on the region of origin) with colored covers on glossy cardboard, without manual.

The first three films featured the concept of a “terminator”, specifically the titular character, a virtually unstoppable cyborg assassin who is sent back from the year 2029 by a race of artificially intelligent, computer-controlled machines bent on the extermination of mankind. The Terminator‘s mission is to prevent Sarah Connor‘s son, John Connor, from forming a resistance against the machines. Rebel Kyle Reese tries to stop the Terminator. The first film became a pop-culture phenomenon, leading to various computer and video games. The games are either based directly on the movies or are heavily involved in the film series’ expanded universe.

Several video games titled The Terminator were released, each of them based on the 1984 film of the same name. By 1988, Danish company Robtek had acquired the license to create games based on the film, but it subsequently went into receivership before any game could be released.

Another game coded by Virgin Games USA was developed and released by Virgin for the Mega-CD/Sega CD. The game was originally scheduled for release in June 1993, but was delayed because of changes at Virgin.

The graphics and music took advantage of the Sega CD’s capabilities, and the game includes the use of full motion video (FMV) from the film. The game’s development was based on the David Perry engine. The musical score was done by Tommy Tallarico, Bijan Shaheer, Joey Kuras, and TeknoMan, and the music is generated in Q Sound.[citation needed] The game is based on the film, but creative license was taken to give more variation in the gameplay. As in the film, future soldier Kyle Reese goes through the Time Displacement equipment located inside a Skynet base in the year 2029 AD, traveling back in time to Los Angeles 1984 to protect Sarah Connor from the Terminator.

GameFan called it a “great” action game that made “good use of the CD with its extra animation, FMV, and great soundtrack.” Game Players rated the game 62 percent and called it an average platform game, but praised the soundtrack and digitized cut scenes.

Shawn Sackenheim of AllGame gave the Sega CD version four stars out of five and wrote, “The graphics always stay pretty bleak, this time from design and not from the system’s limitations. Even in the neon lit dance club, TechNoir, the backgrounds remain dark, lit only by the bars of neon lights around the level. […]. The dark and dreary graphics actually lend themselves nicely to the mood of the game.” Sackenheim also praised Tallarico’s score, saying that it added “a ton to the impact of the graphics and the mood of each level.” Sackenheim concluded, “While it may not have been the best looking action/platformer around, it could definitely give any other game a run for its money.”

From Wikipedia: The Free Encyclopedia
https://en.wikipedia.org/wiki/List_of_Terminator_video_games

Be the first to review “The Terminator” Cancel reply