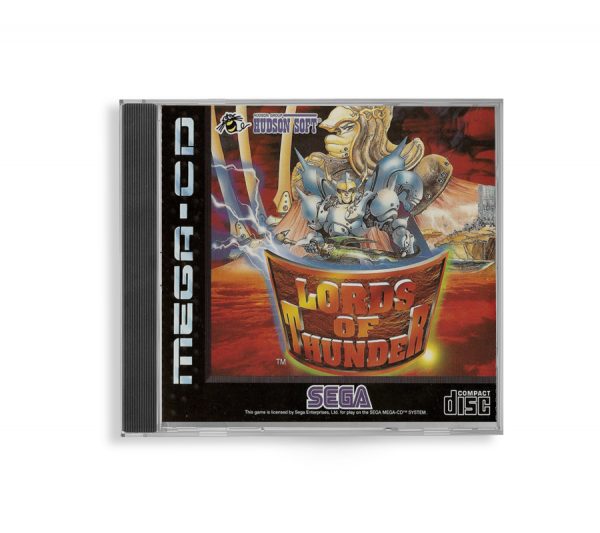 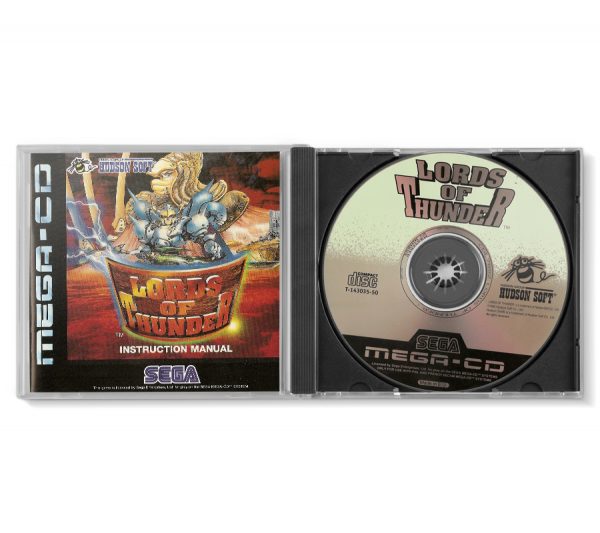 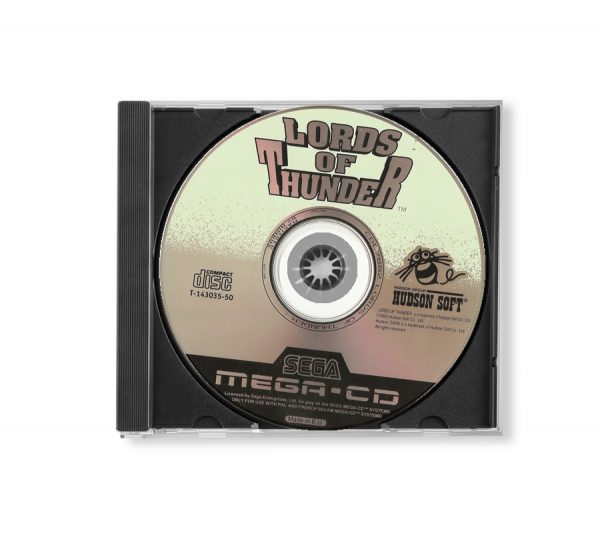 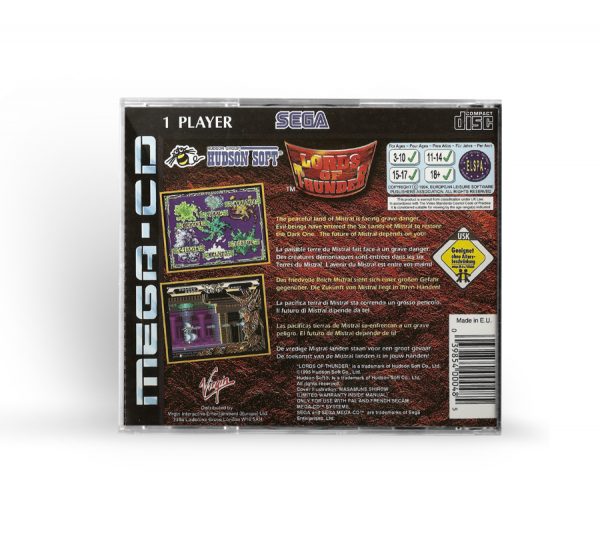 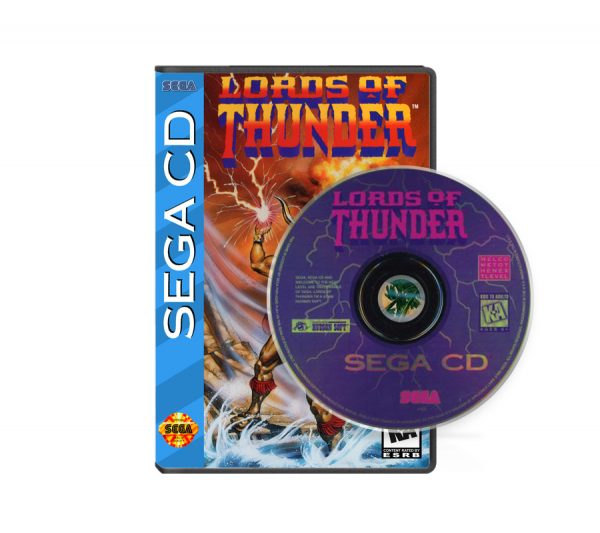 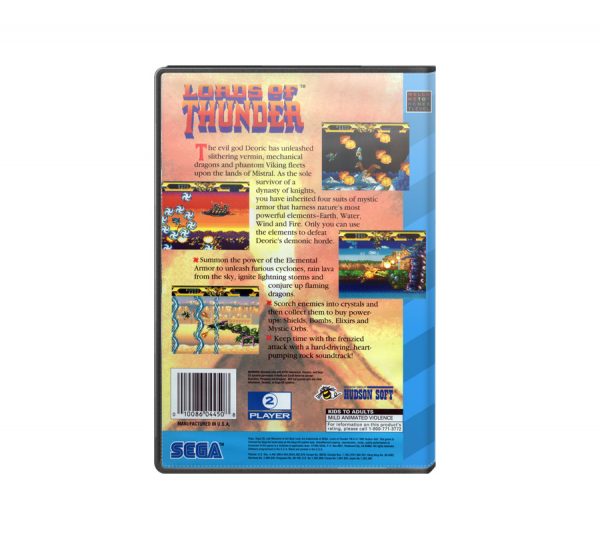 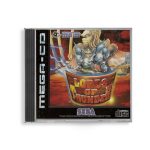 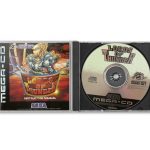 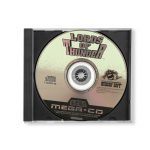 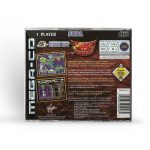 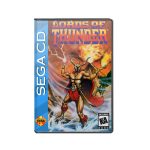 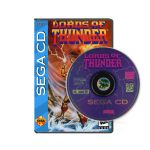 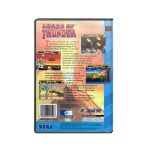 “LORDS OF THUNDER” for SEGA Mega-CD.

Lords of Thunder is a shoot ’em up video game by Hudson Soft and Red Company, released for the TurboDuo in 1993. It was ported to the Sega CD in 1995. It is the unofficial follow-up to Gate of Thunder. The game features a heavy metal soundtrack.

The game is centered around the world Mistral’s confrontation with the re-awakened evil god Deoric and his dark generals who have torn the world asunder. With the armor of his ancestor Drac, the legendary knight Duran sets off to defeat Deoric’s army in 7 different stages, the first six of which can be selected in a manner similar to Thunder Force III. Once the stage is selected, the player selects one of four armors (based on the four classical elements) to use, affecting his shots and bombs.

The music in the game was composed and performed by Satoshi Miyashita from T’s Music, a group of musicians and sound engineers. The company was founded in 1990, and they also composed the music to the games Ginga Fukei Densetsu Sapphire, Final Fight CD, and the Sentimental Graffiti series.

The game has been re-released several times. It was released for the PlayStation Network.

The TurboDuo version was released on the Virtual Console on February 7, 2008 in PAL regions, February 11 in North America and in Japan on June 10.

Lords of Thunder on Sega CD received a mixture of opinions from critics. Electronic Gaming Monthly‘s four reviewers described it as dramatically inferior to the TurboDuo version, and commenting that it had become outdated since the aforementioned TurboDuo version was released. GameFan‘s three reviewers stated that the game was still a good shooter on Sega CD but criticized the washed out colors, re-recorded cutscenes and easier difficulty compared to the TurboGrafx original. GamePro‘s The Unknown Gamer remarked that though its colors aren’t as sharp and bright as the TurboDuo version’s, the Sega CD version is nonetheless “a fairly close port” and helps fill a niche on a system with very few traditional shooters. Next Generation felt it was similar to Forgotten Worlds and stated that “the game has its moments, but you’ve seen them, and played them through hundreds of times before as well. Go away!”. VideoGames‘ Geoff Higgins regarded it as a welcomed addition to the Sega CD library but criticized its low difficulty level.

MAN!AC‘s Martin Gaksch expressed his preference for a Mega-CD conversion of Gate of Thunder but nevertheless, he praised the game for its graphical design, rock music and varied action but criticized its audio balancing issues and low difficulty. Mega Fun‘ Martin Weidner noted that the visuals were much pale in comparison to the TurboDuo original, criticizing the instances where sprite flickering occurred and lack of fine-tuning. Despite this, Weidner called it a “very good game” due to its level design, power-up system and guitar tracks. Video Games‘ Wolfgang Schaedle regarded the title’s audiovisual presenation as inspiring despite its age, giving positive remarks to the varied stages, enemy patterns and near-lack of slowdown. Superjuegos‘s Bruno Sol noted that stage backgrounds suffered due to the system’s inferior 64 color palette and criticized audio balancing issues and low difficulty. Regardless, Sol commended the lack of slowdown and flickering, hard rock soundtrack and playability, stating that “Without being a masterpiece, Lords of Thunder is probably the best shoot’em up released for the Mega CD console since the consecration of Silpheed, back in the fall of the year 1993.”.

From Wikipedia: The Free Encyclopedia
https://en.wikipedia.org/wiki/Lords_of_Thunder

Be the first to review “Lords Of Thunder” Cancel reply