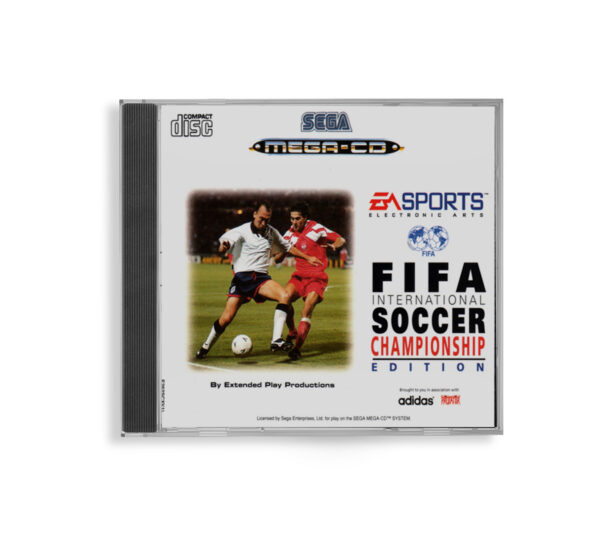 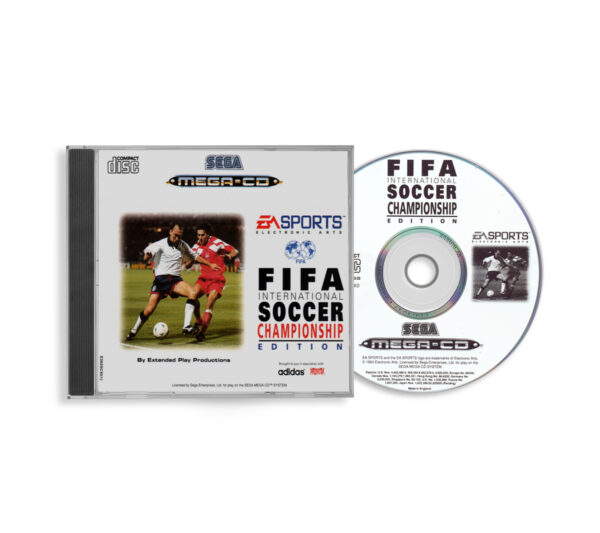 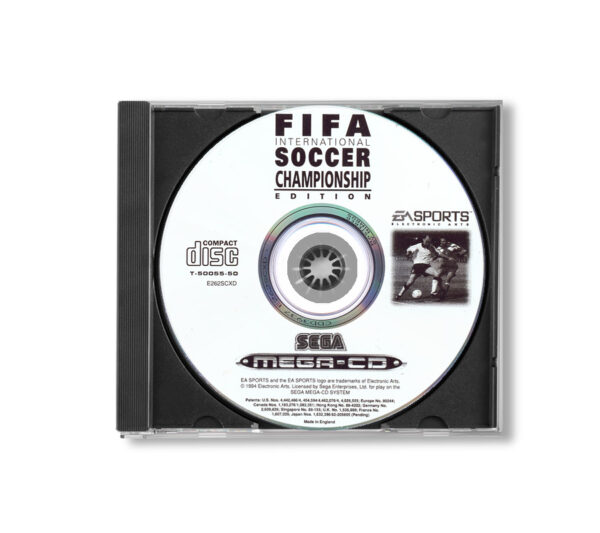 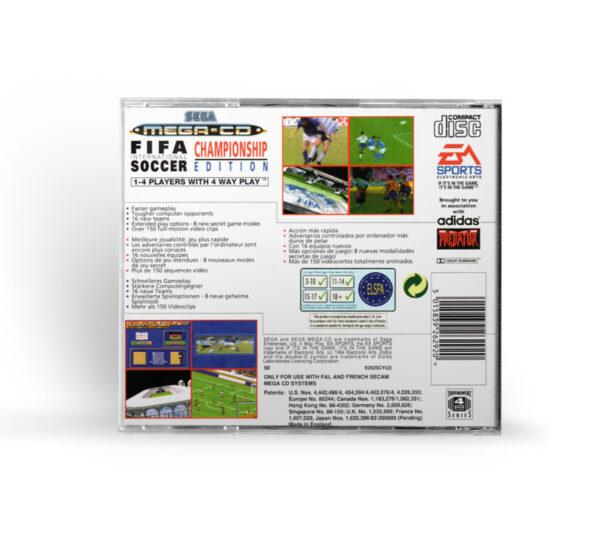 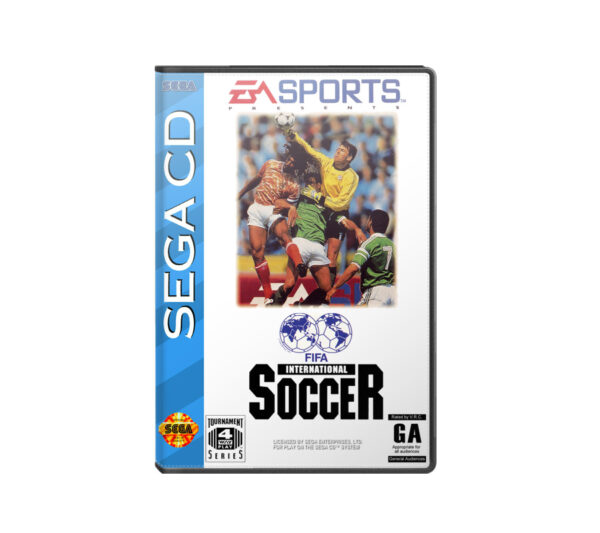 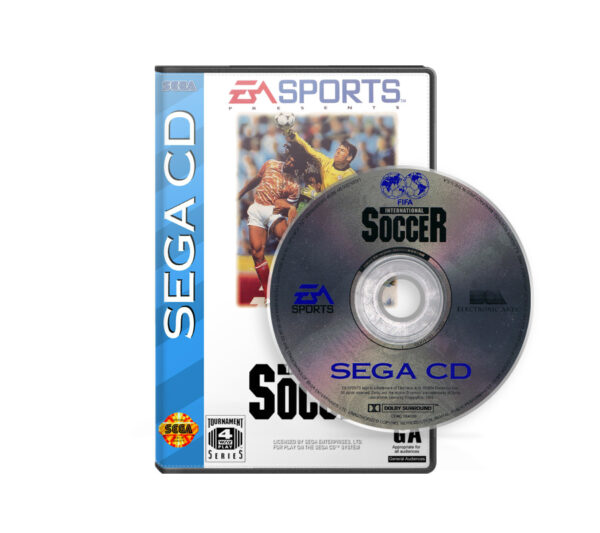 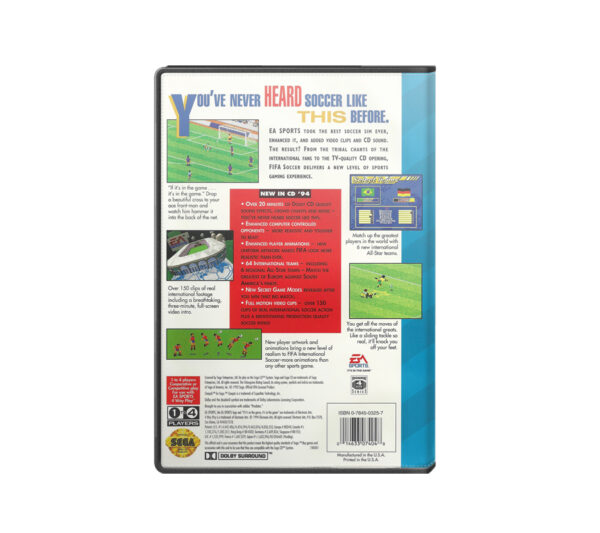 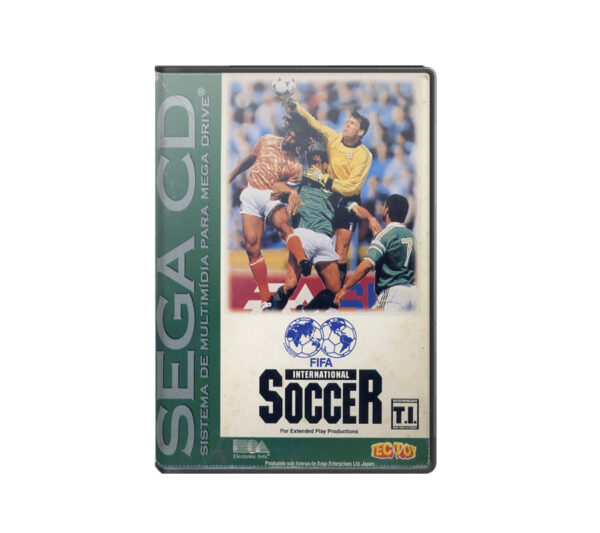 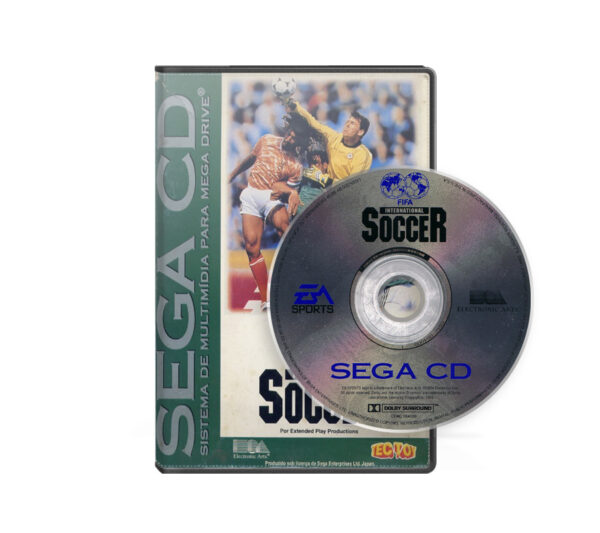 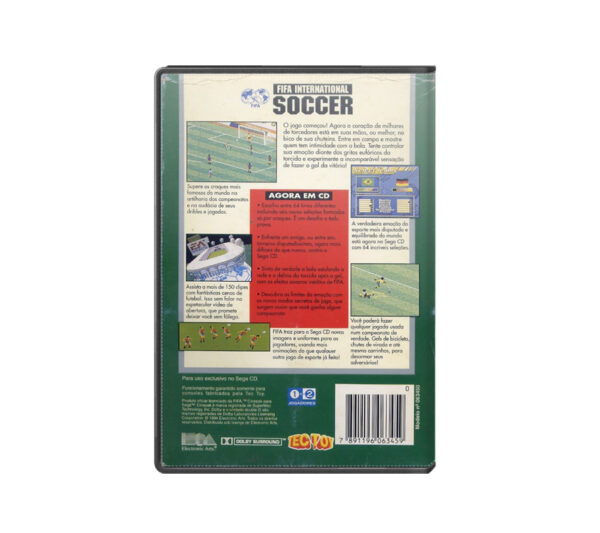 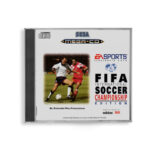 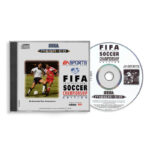 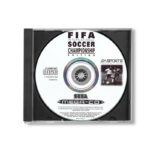 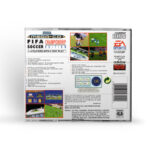 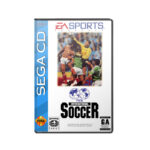 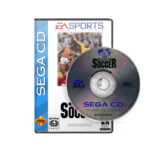 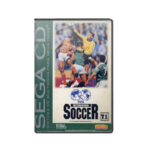 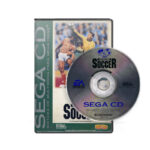 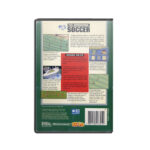 FIFA International Soccer is a 1993 sports video game developed by EA Canada’s Extended Play Productions team and published by Electronic Arts. Based on the sport of association football, the game tasks the player with controlling a football team. The game was released for the Sega Genesis/Mega Drive console in December 1993 and ported to numerous other systems in 1994.

The game was positively received on release; critics lauded the detail and animation of the footballers in the game, the crowd sound effects, and the overall presentation. The speed the game ran at and issues with the response to the player’s input were seen as the game’s primary faults. The 3DO version was an enhanced edition with multiple camera views and more detailed graphics than other versions, and was a high-profile showcase for the 3DO’s power. The game sold well, served as a pack-in game for the Goldstar 3DO, and led to a sequel, FIFA Soccer 95. It was the first game in the FIFA series.

Gameplay
FIFA International Soccer is a video game that created one of the earliest full simulations of association football. In particular, the game is based on international matches. The game utilises an isometric viewpoint, unlike other football games at the time such as Sensible Soccer which utilised a birds-eye view or Kick Off which used a top-down view. The player controls one of the eleven footballers on their team at a time, with the ability to switch players on command. The game allows up to four human players at the same time, each controlling a different footballer. The players can choose to control a footballer on the same team or on opposing teams. The remaining footballers are controlled by the computer.

Four modes of play — Exhibition, Tournament, Playoffs, and League — are available. Exhibition engages the player in a single match. Tournament mode resembles the format of the FIFA World Cup, UEFA European Championship, with the player controlling a team of their choice through a series of matches, starting with three group games with the possibility of progressing to four further games in a knockout format. Playoffs mode takes the same form, but skips the group games and starts at the first knockout game. League consists of eight teams who contest a double round-robin tournament.

The game features 76 national teams in total Commentary from Tony Gubba (PC CD-ROM version), plus a team called EA All Stars. Every team has 20 players. The players are fictional (some of them, e.g. Tim Ansell of England or Joe Della-Savia of Italy, are named after people credited as the development team) and look the same, except for darker skin of certain teams’ players.

An oversight by the developers makes it easy to score a goal by making a player stand in front of the opponent’s goalkeeper when he holds the ball in his hands and is about to clear it away. The computer-controlled goalkeeper will kick the ball into the opposing player, giving the latter an easy chance to score.

From Wikipedia: The Free Encyclopedia
https://en.wikipedia.org/wiki/FIFA_International_Soccer