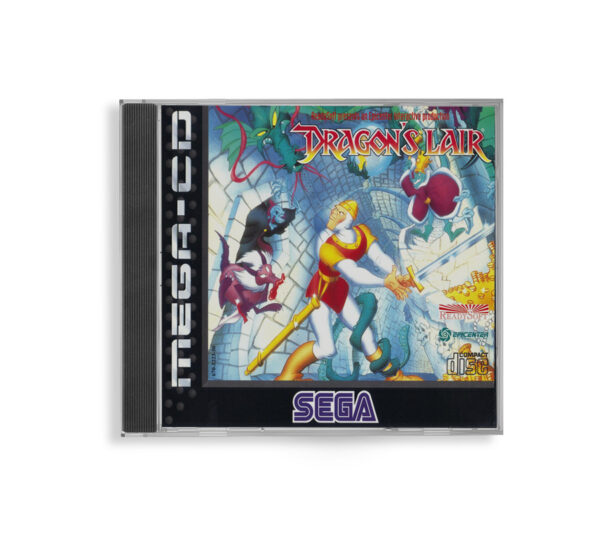 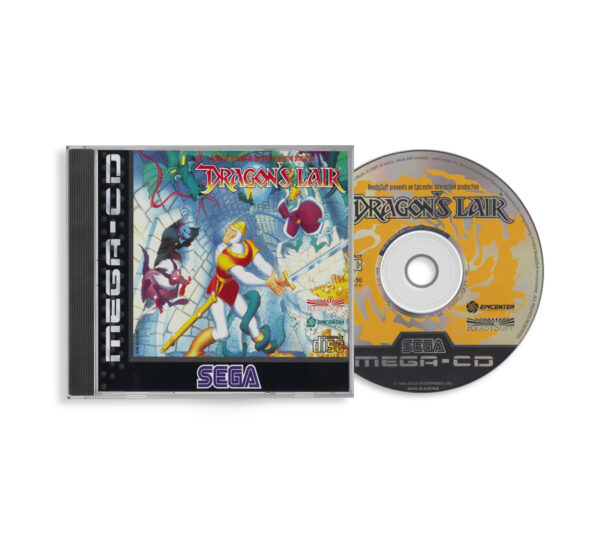 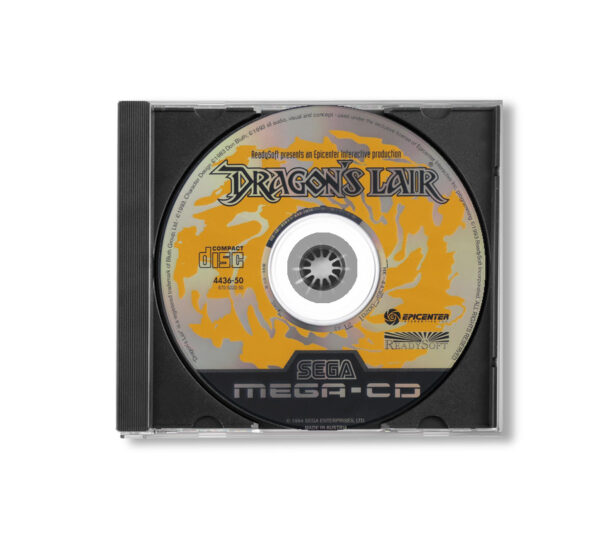 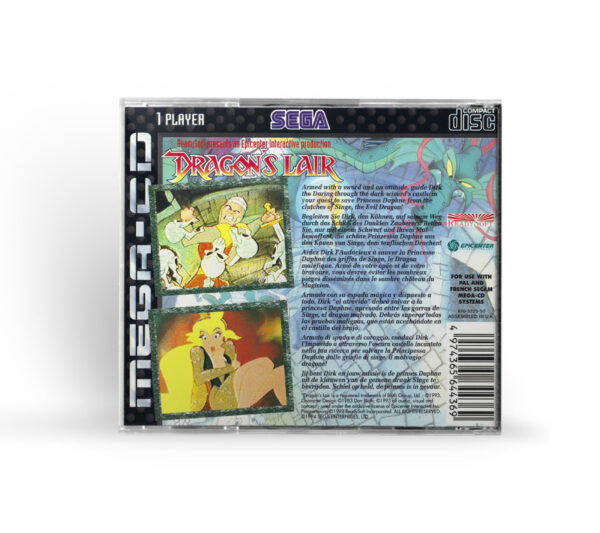 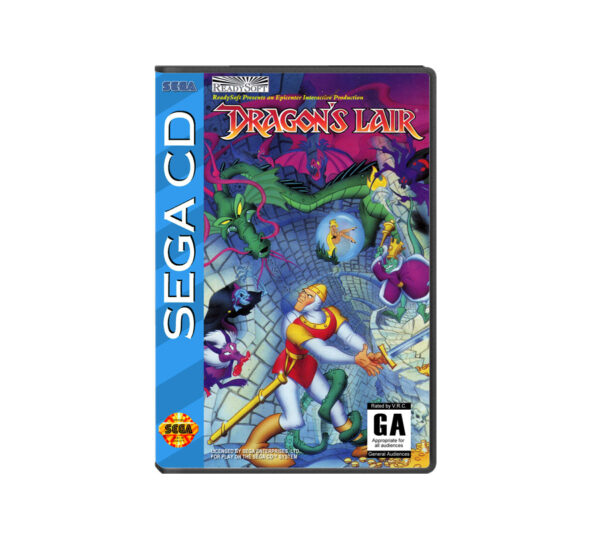 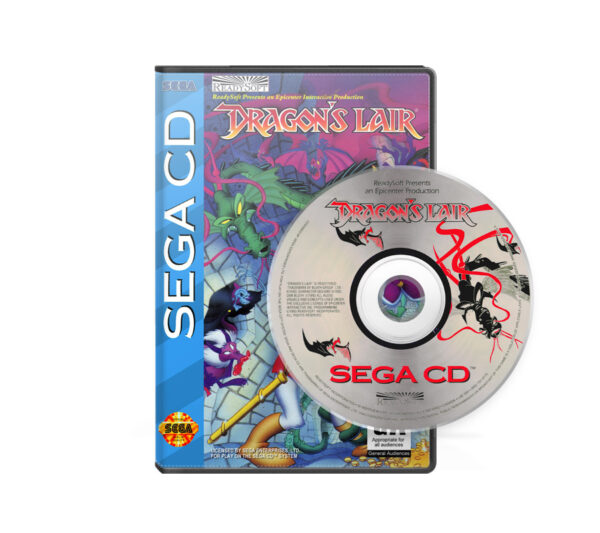 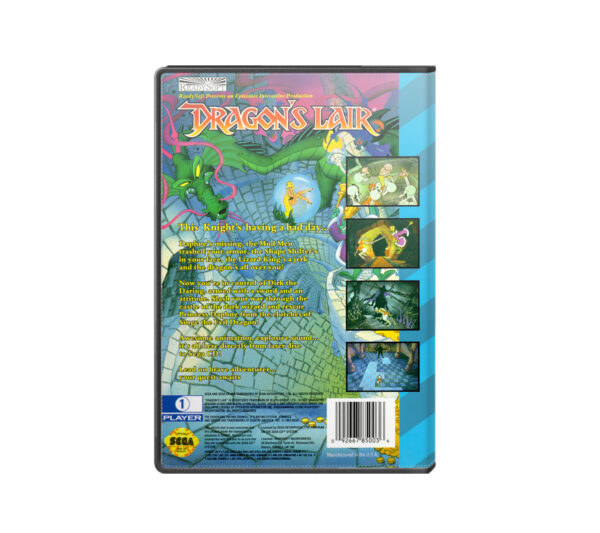 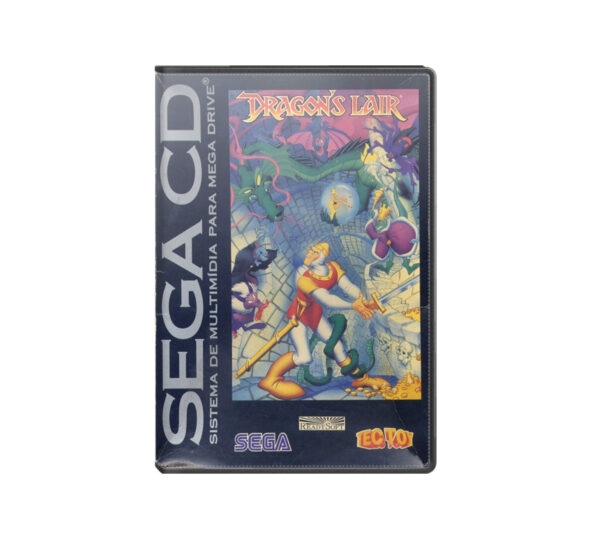 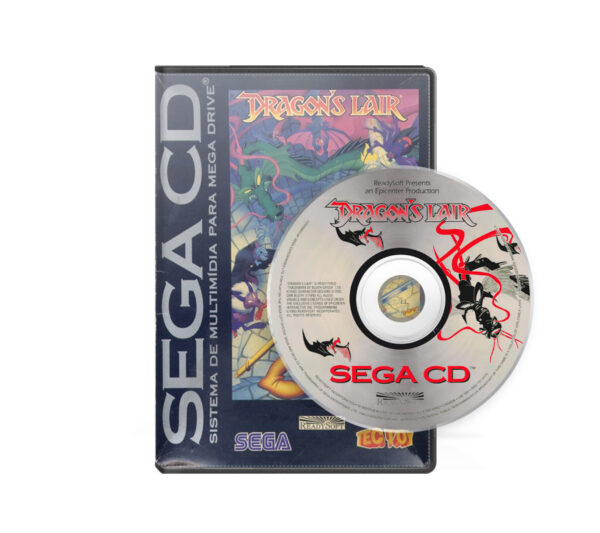 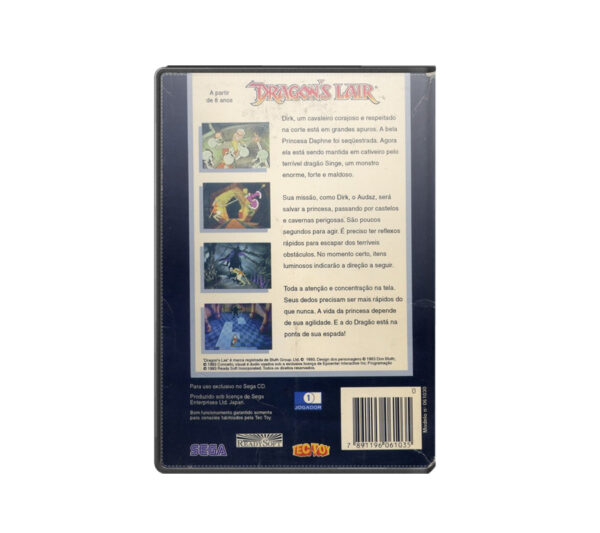 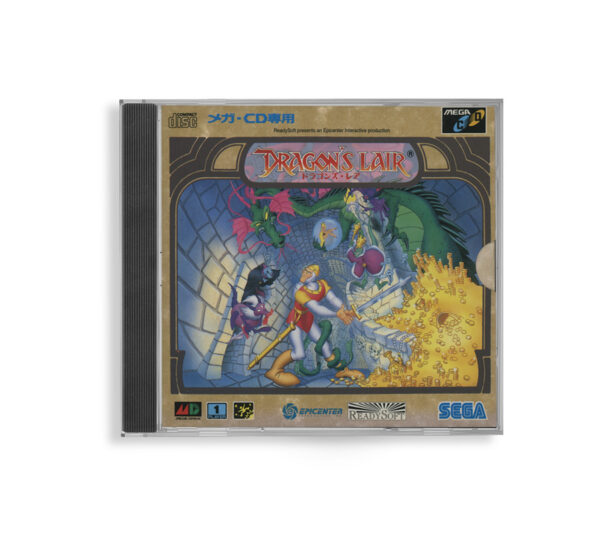 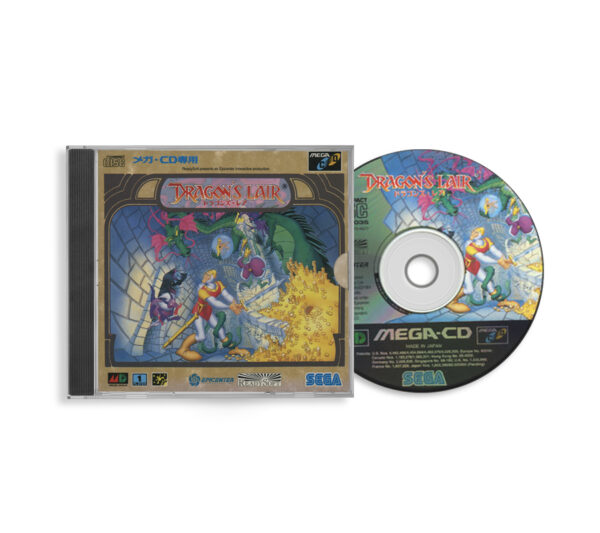 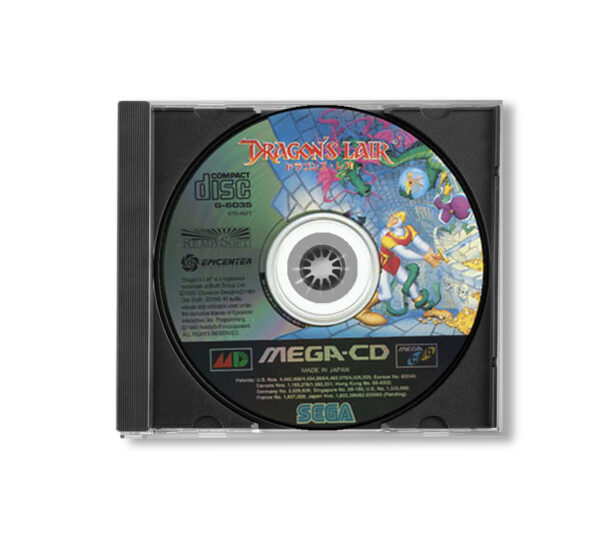 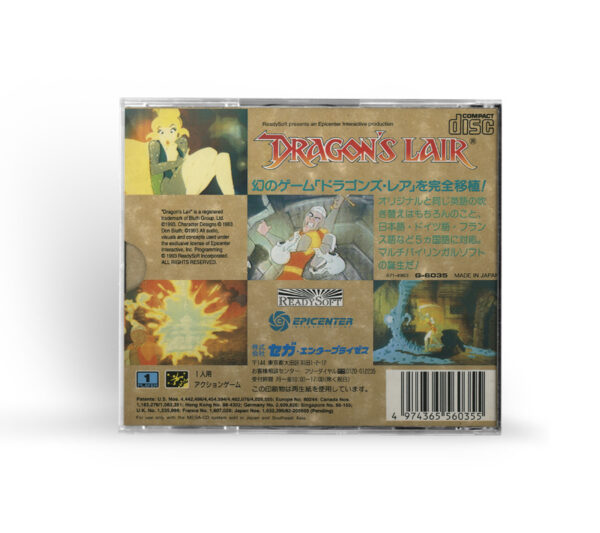 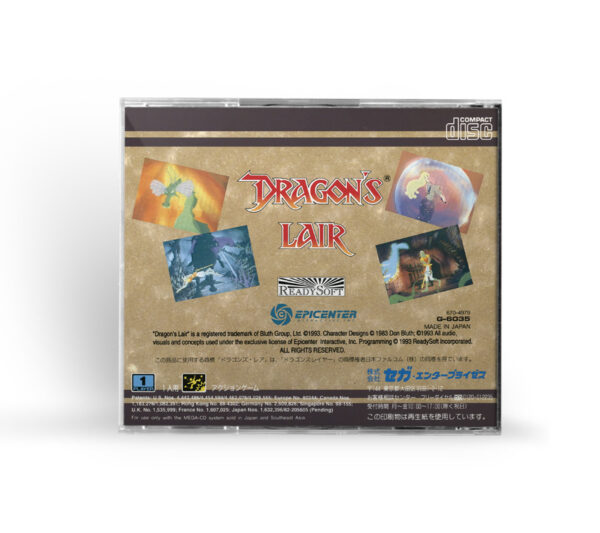 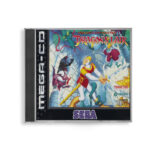 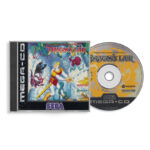 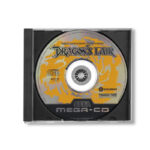 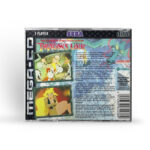 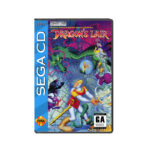 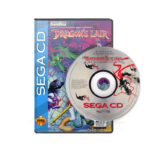 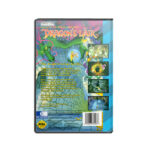 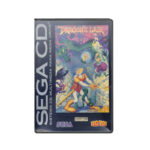 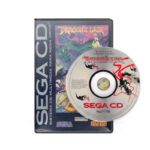 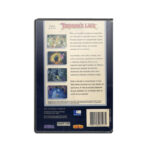 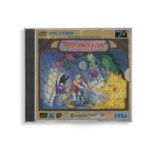 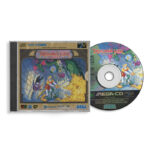 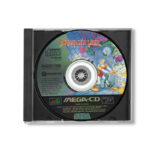 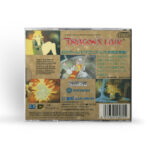 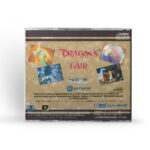 Dragon’s Lair is a video game franchise created by Rick Dyer and Don Bluth. The series is famous for its Western animation-style graphics and convoluted decades-long history of being ported to many platforms and being remade into television and comic book series.

The first game in the series is titled Dragon’s Lair, originally released for arcades in 1983 by Cinematronics. It uses laserdisc technology, offering greatly superior graphics compared to other video games at the time. The game was ported to several other platforms, but as no home system technology of that era could accommodate the graphical quality of LaserDisc, several abridged versions of the original game were released under different names. The first true sequel, Dragon’s Lair II: Time Warp, would only appear in 1991. While its graphics were once again praised, the poor controls and limited interactivity kept it from reaching the popularity of the original.

The two main games in the series are considered gaming classics and are constantly re-released for each new generation of consoles. In 2010, they were bundled alongside the unrelated 1984 Bluth Group game Space Ace in the Dragon’s Lair Trilogy which was made available across numerous platforms.

Forays into other media include a short lived animated series that aired on ABC in 1984 and a comic-book miniseries released in 2003. Plans for a feature-length film have existed since the 1980s and have resurfaced in 2015, when Bluth launched a crowd-funding campaign to secure funds for a Dragon’s Lair movie pitch. A Kickstarter campaign was unsuccessful, and a second campaign on Indiegogo reached its target in early 2016.

Games
Dragon’s Lair is a laserdisc video game published by Cinematronics in 1983. In the game, the protagonist Dirk the Daring is a knight attempting to rescue Princess Daphne from the evil dragon Singe who has locked the princess in the foul wizard Mordroc’s castle. It featured animation by ex-Disney animator Don Bluth. Most other games of the era represented the character as a sprite, which consisted of a series of pixels displayed in succession. Due to hardware limitations of the era, artists were greatly restricted in the detail they could achieve using that technique; the resolution, framerate, and number of frames were severely constrained. Dragon’s Lair overcame those limitations by tapping into the vast storage potential of the LaserDisc but imposed other limitations on the actual gameplay. The game can freeze as the laserdisc searches for the correct scene to play, and the cabinets are difficult to maintain. It was advertised as the first truly 3D video game and as the meeting point of video games and animated films. The success of the game sparked numerous home ports, sequels, and related games. In the 21st century, it has been repackaged in a number of formats (such as for the iPhone) as a “retro” or historic game. It is currently one of only three video games (along with Pong and Pac-Man) in storage at the Smithsonian Institution in Washington, D.C.

Gameplay
Players have five controls: up, down, left, right, and attack. Gameplay consists of reacting to on-screen button prompts which trigger pre-drawn success or failure animations, essentially a forerunner of the modern Quick Time Event. A perfect run with no deaths lasts no more than 12 minutes. In total, the game has 22 minutes or 50,000 frames of animated footage, including individual death scenes and game over screens.

Characters
Dirk the Daring
Dirk the Daring is the main protagonist of the first game and subsequent franchise. As a knight of the kingdom, Dirk was entrusted with the rescue of Princess Daphne from Mordroc and Singe because all other knights were killed. He becomes heir to the throne upon saving Princess Daphne; following her rescue, Dirk and Daphne are married. In both games, Dirk is voiced by sound editor Dan Molina. Retro Gamer included him on their list of top 50 game characters in the category “Top Ten Forces of Good” and called him “without a doubt, the epitome of the heroic knight”.

In the games, Princess Daphne is the beautiful daughter of King Aethelred and an unnamed queen. She serves as the series’ damsel in distress, a beautiful maiden coveted by many princes and knights, her heart belongs to the kingdom’s champion, Dirk the Daring.

From Wikipedia: The Free Encyclopedia
https://en.wikipedia.org/wiki/Dragon%27s_Lair

Be the first to review “Dragon’s Lair” Cancel reply