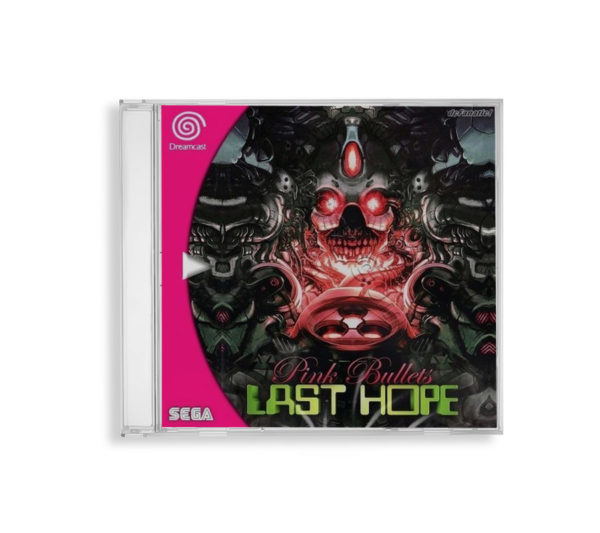 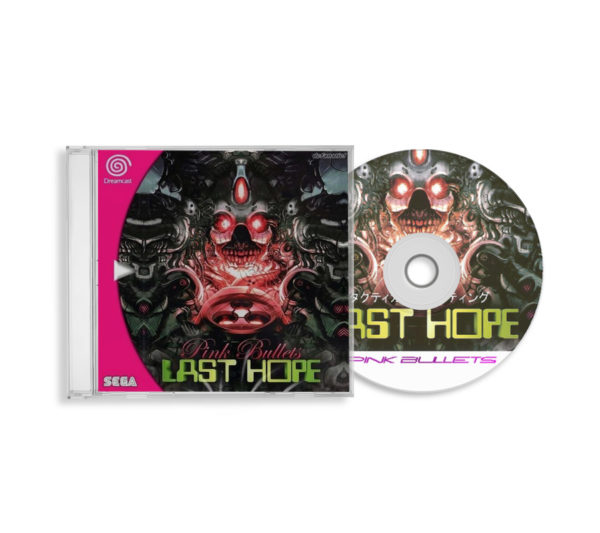 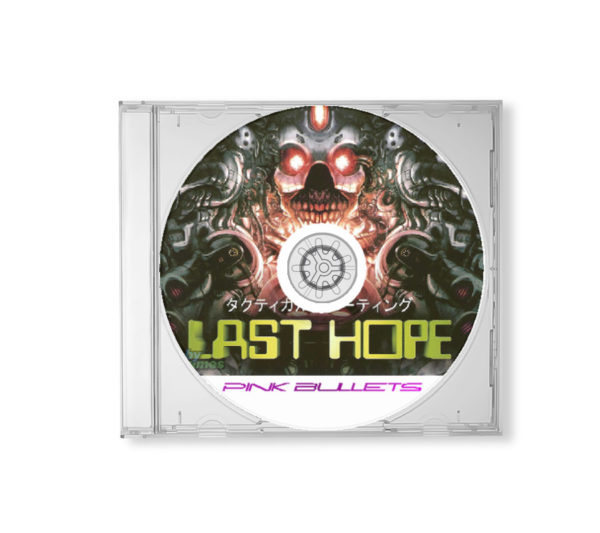 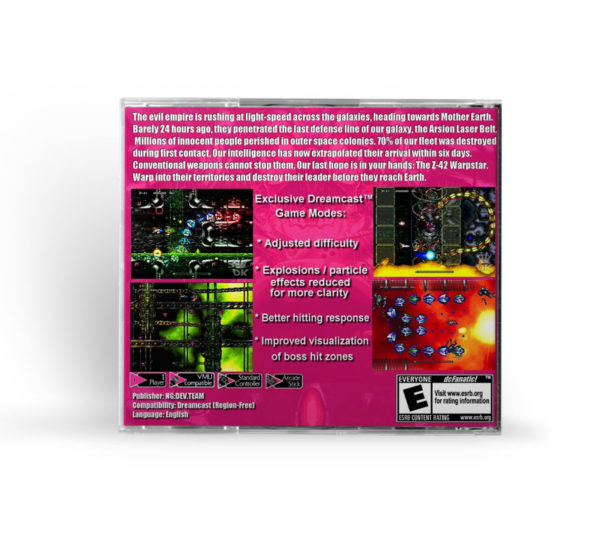 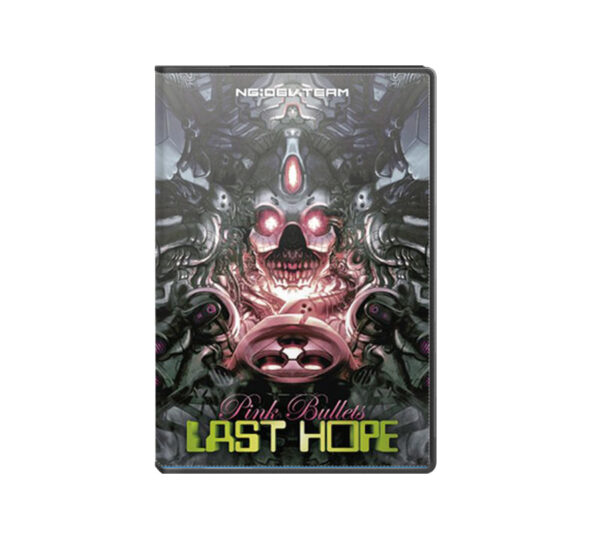 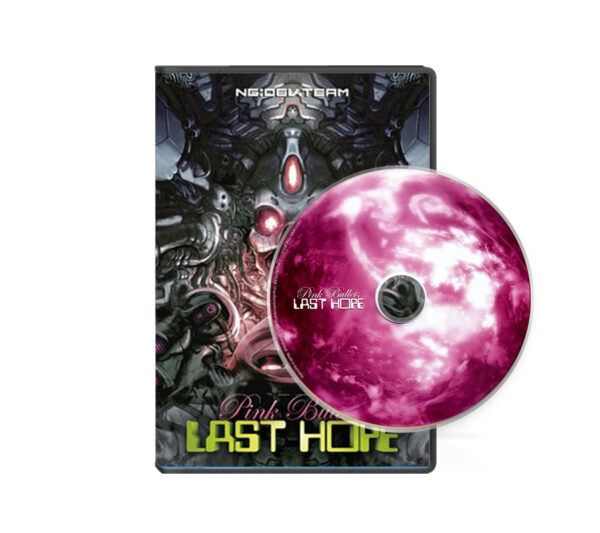 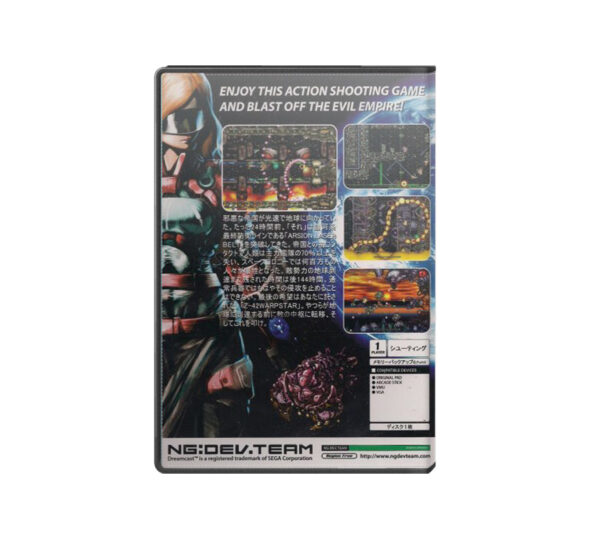 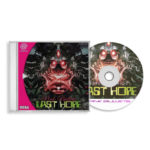 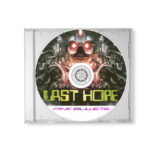 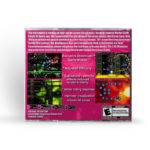 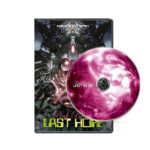 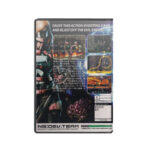 This a reproduction game, so you will get a new high-quality CD-R (with color printed on CD label serigraphy), in a new black Blue Ray/ DVD box case, or in a white (depending on the region of origin) jewel case (inside a new transparent film case), with colored covers on glossy cardboard, without manual.

Last Hope is a single-player horizontally scrolling shooter for the Neo Geo AES, Neo Geo CD, and Dreamcast systems. It was developed by German developer NG:Dev.Team in 2006. While the Neo Geo version was self-published, the Dreamcast version was released by RedSpotGames in January of 2007 as an unlicensed title. In 2009 the Dreamcast version received a reprint in the form of a director’s cut called Last Hope: Pink Bullets which addressed several gameplay-related issues. A Neo Geo version of Pink Bullets was released in February of 2011.

Synopsis
An evil empire from another galaxy is heading towards Earth. Barely 24 hours beforehand, they had penetrated the last line of defense in Earth’s galaxy, the Arsion Laser Belt. Millions of innocent people perished in outer space colonies. 70% of earth’s fleet was destroyed during first contact. Intelligence reports six days until their arrival. Conventional weapons cannot stop them. The last hope is in your hands: The Z-42 Warpstar. Warp into their territories and destroy their leader before they reach Earth.

Development and release
July 10, 2006: NG:Dev.Team produced 60 Units of the game for Neo Geo and sold it directly via their website.

January 30, 2007: RedSpotGames published 2500 Units of the game (500 copies were reserved for sale with the Limited Edition).

May 3, 2007: The Limited Edition of Last Hope was released with 500 vinyl-styled compact discs containing the soundtrack.

As a response to criticism regarding the game’s difficulty, NG:Dev.Team released an updated version titled Last Hope: Pink Bullets for the Dreamcast on September 19, 2009, with a Neo Geo version releasing on February 21, 2011. This edition features improved on-screen visibility in comparison to its first print due to the titular pink bullets, as well as various other features to make for a more accessible gameplay experience with an emphasis on scoring.

Since only 60 copies of the Neo Geo AES version were ever produced, and were only available for purchase directly from NG:Dev.Team, this is an extremely rare and collectible title. Due to the low availability and high cost of producing the cartridges, the game was sold for €550 (around $730). In contrast, the Dreamcast version sells for $40, and the “Limited Edition” with bundled soundtrack CD was sold for $80. Van Basilco and Play-Asia were the only online stores approved to sell Last Hope for the Dreamcast. The Limited Edition was limited to only 500 units and is already a highly sought after item. It sold out 5 days after the release day and currently prices up to $259.

From Wikipedia: The Free Encyclopedia
https://en.wikipedia.org/wiki/Last_Hope_(video_game)