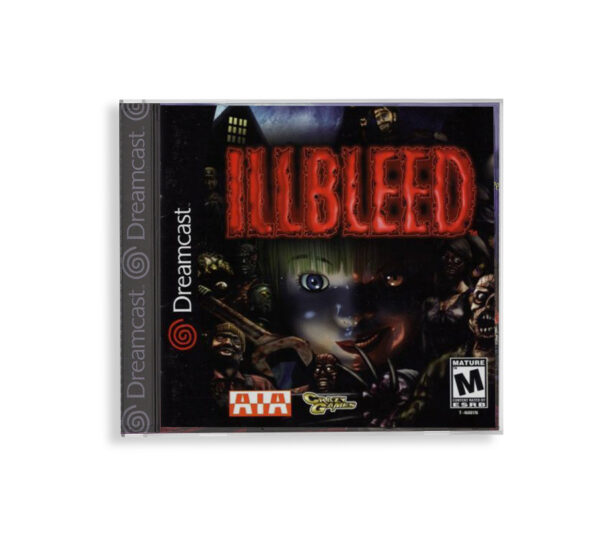 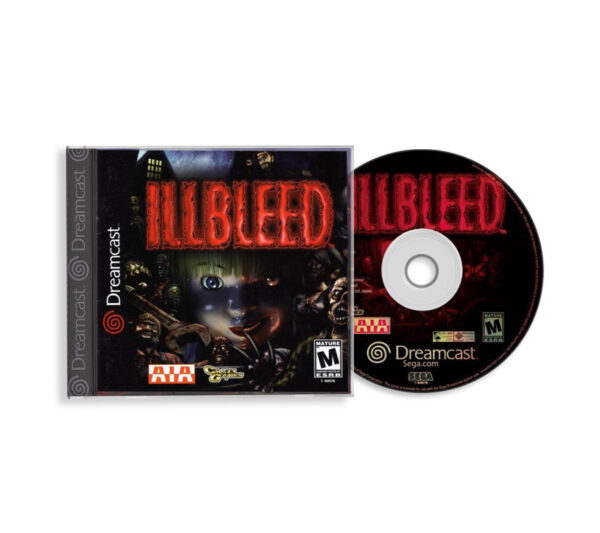 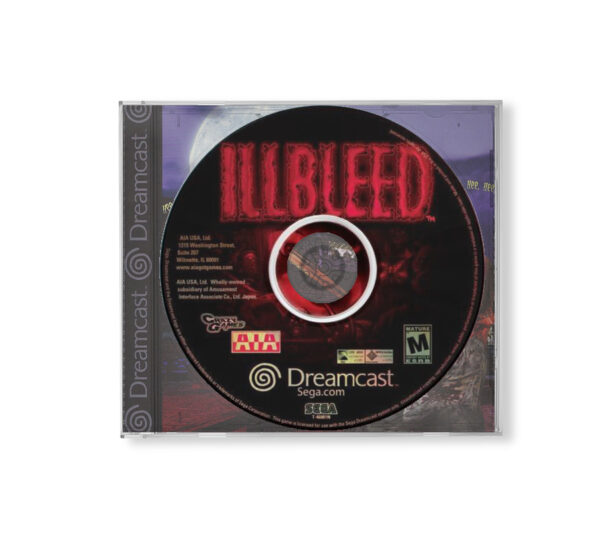 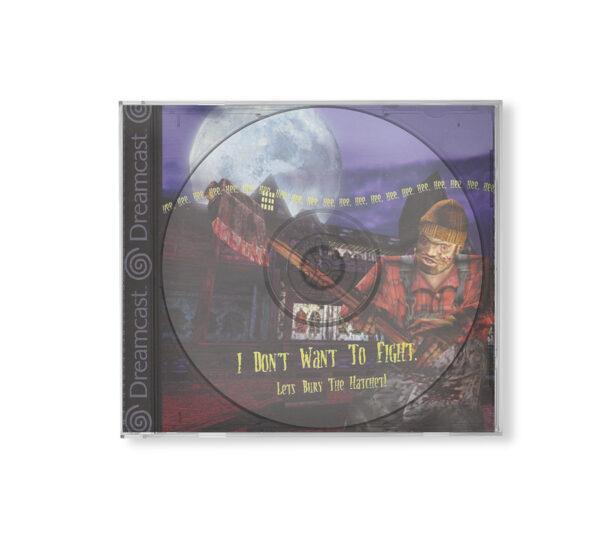 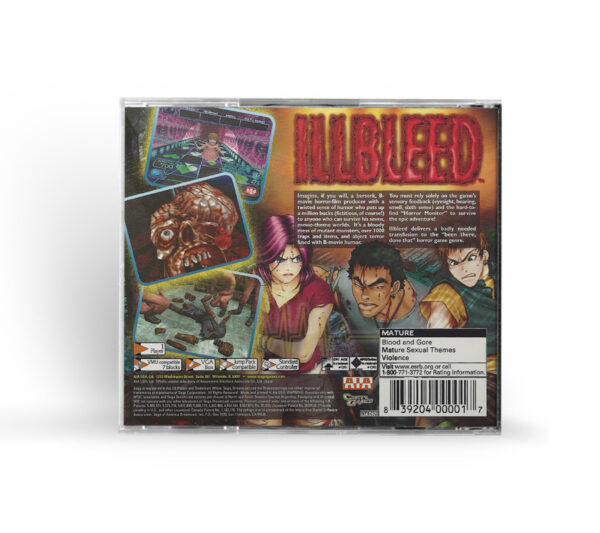 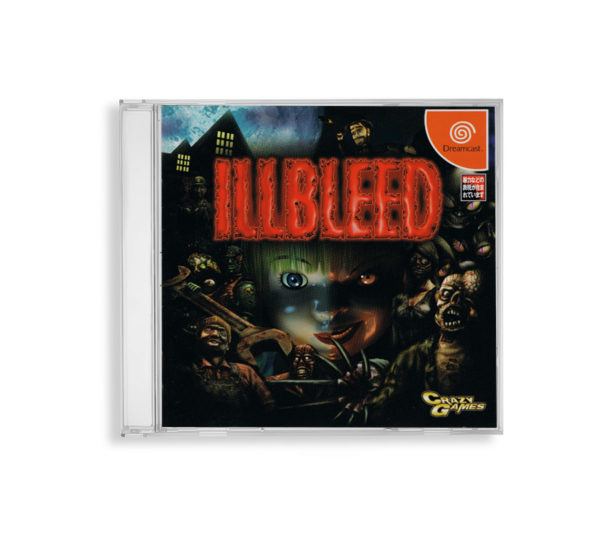 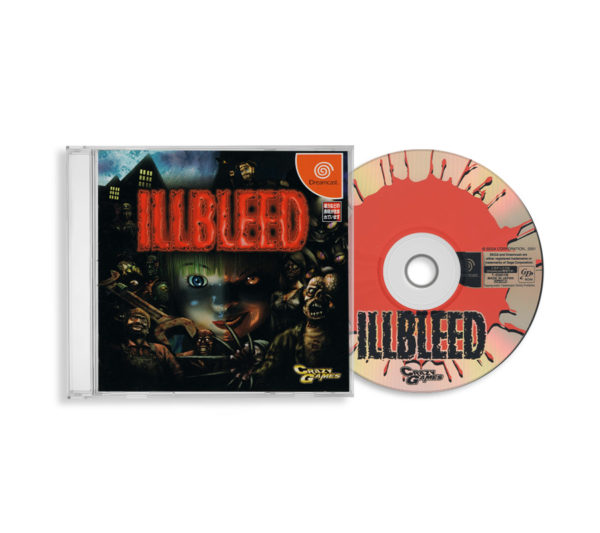 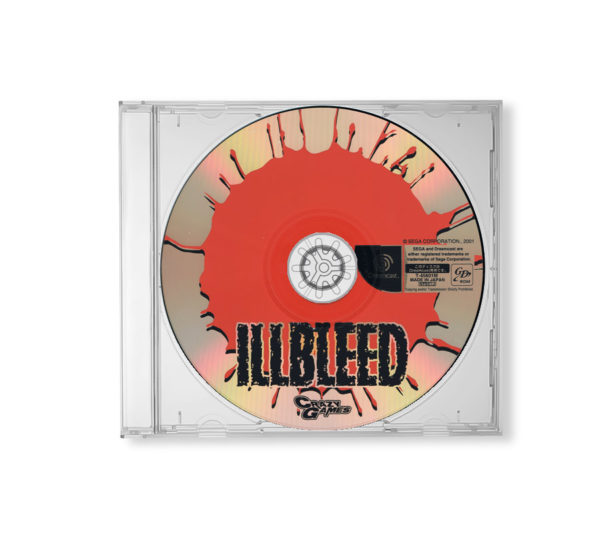 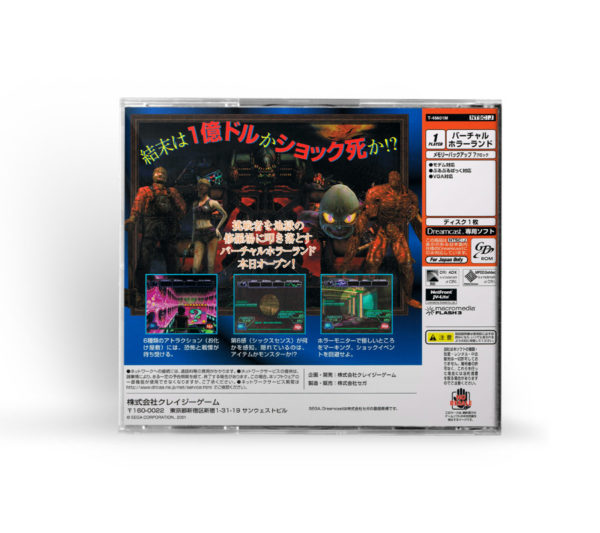 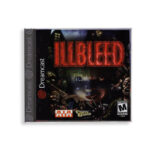 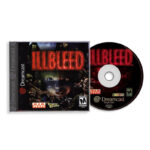 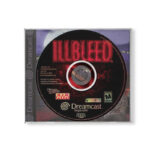 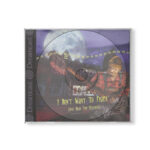 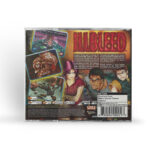 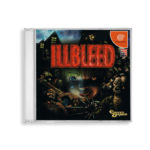 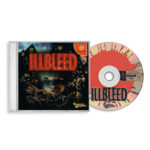 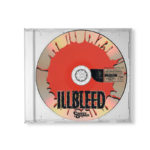 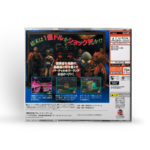 This a reproduction game, so you will get a new high-quality CD-R (with color printed on CD label serigraphy), in a new black or white (depending on the region of origin) jewel case (with colored covers on glossy cardboard), without manual, inside a new transparent film case.

Illbleed is a survival horror video game developed by Crazy Games for the Sega Dreamcast. It was self-released in Japan in March 2001, and published by AIA in North America in April 2001.

Even though it was financially unsuccessful, Illbleed received a cult following for its notable combination of nonlinear gameplay elements and its “B movie”-style comedy horror theme, dialogue, and voice acting.

Illbleed is a survival horror game. The game consists of six stages represented as movie theatres. The goal of the game is to complete each stage by fulfilling their unique objectives. Each stage has traps and enemies designed to kill the player. The player begins with Eriko Christy and can rescue and recruit more playable characters as they progress including Kevin Kertsman, Randy Fairbanks, and Michel Waters. Each character has different strengths and weaknesses.

A Horror Monitor is available near the beginning of each stage. The Horror Monitor allows the player to detect and mark areas for potential traps, items, and enemies at the cost of adrenaline. Traps attack in various different ways, resulting in blood loss, the rise of pulse, and lowered stamina, in addition to the enemies. The player is given tools and items to prevent the character from bleeding to death, running out of strength or adrenaline, or being scared to death. If the player fails to keep the character alive through the course of the level, they must be revived outside of the level and continue the level with another available character. If there are no remaining characters, the game ends and must be restarted from the previous save point.

When engaging enemies, the player is not allowed to exit the battlefield until the enemies are cleared out. If the player tries to go beyond the battlefield, it will flash blue. Successful escape clears out the enemies. Each character has four senses: sight, hearing, smell and a sixth sense. Each time the player gets near items or traps, one or multiple senses will register on the meter located on the top of the screen and these senses are indicated like a heart monitor. The player may utilize the horror monitor, which consumes adrenaline, to mark the spots suspected of hoarding items, traps or lurking enemies. Any spot marked will display a glowing blue orb, which the player can survey. Some traps can be successfully defused this way, and the spent adrenaline will be returned to the character.

Items may be found throughout levels, purchased at Bloody Mary Drugstores located in the amusement park, or obtained as the plot unfolds. Some items restore, reduce or raise the upper limit of certain character stats; unused items will be carried to the next level. There are also upgrade items that can be used at emergency rooms in the game.

From Wikipedia: The Free Encyclopedia
https://en.wikipedia.org/wiki/Illbleed

Be the first to review “Illbleed” Cancel reply