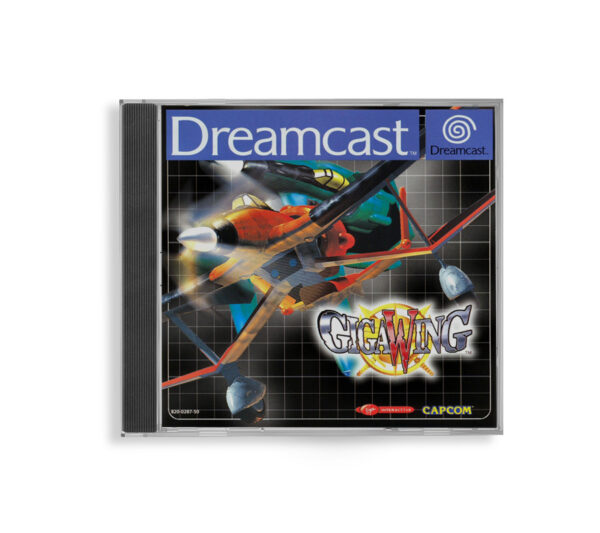 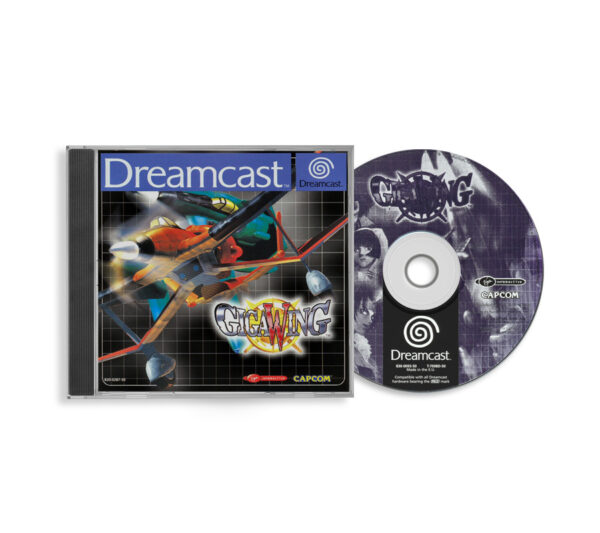 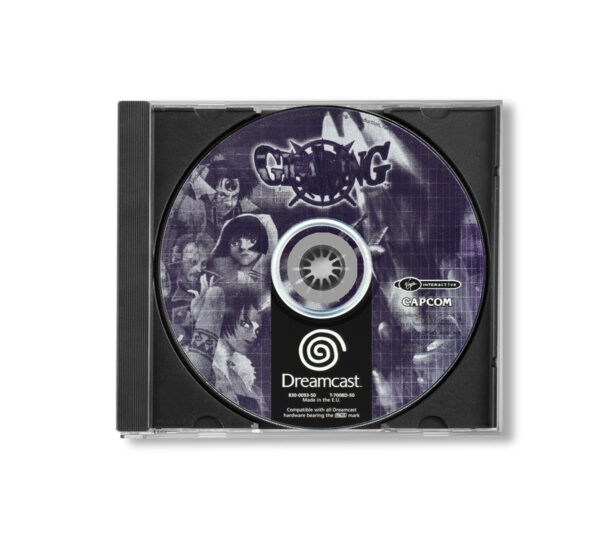 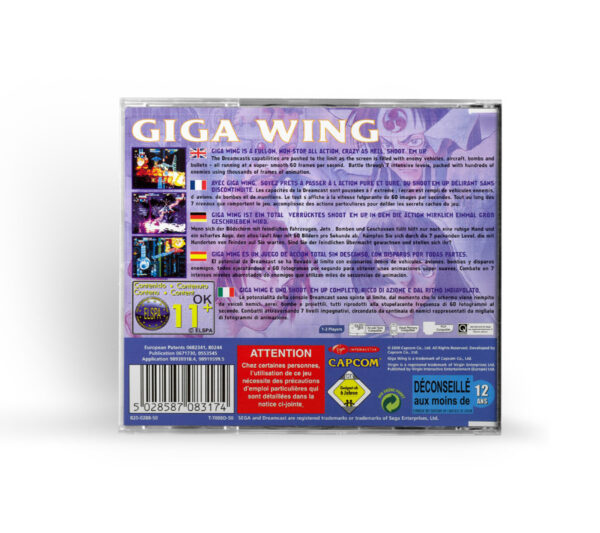 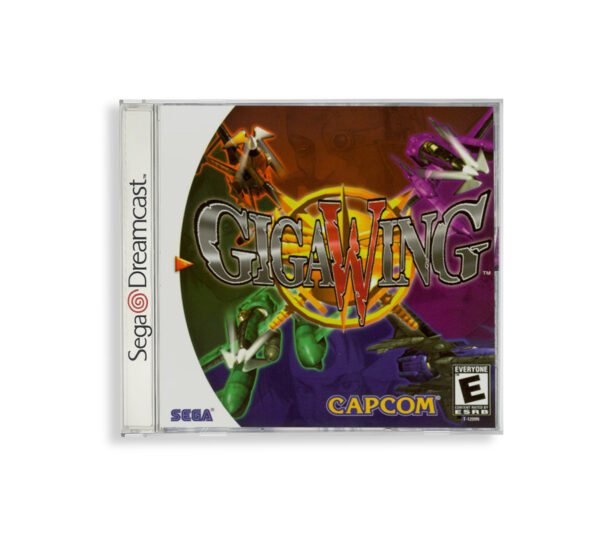 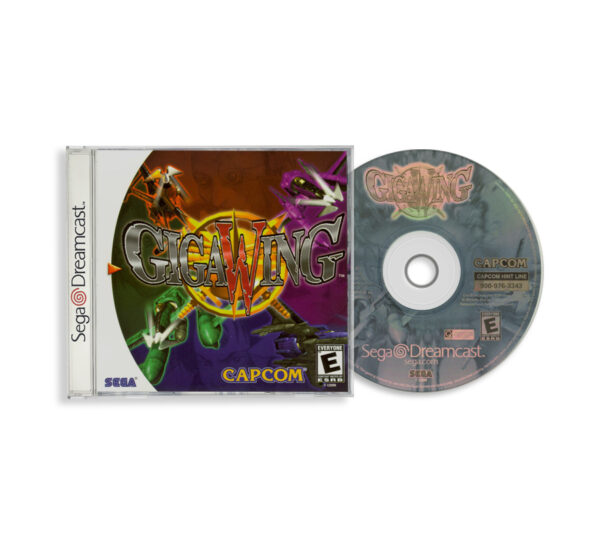 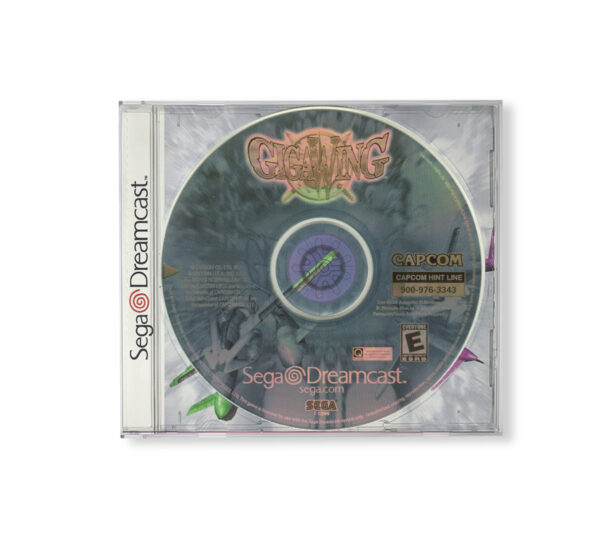 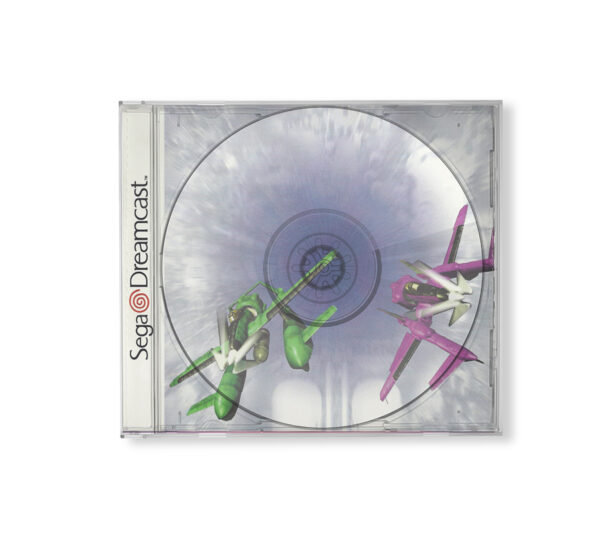 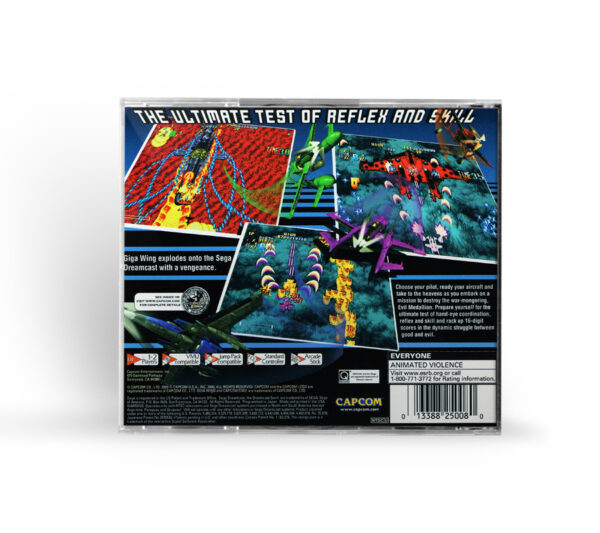 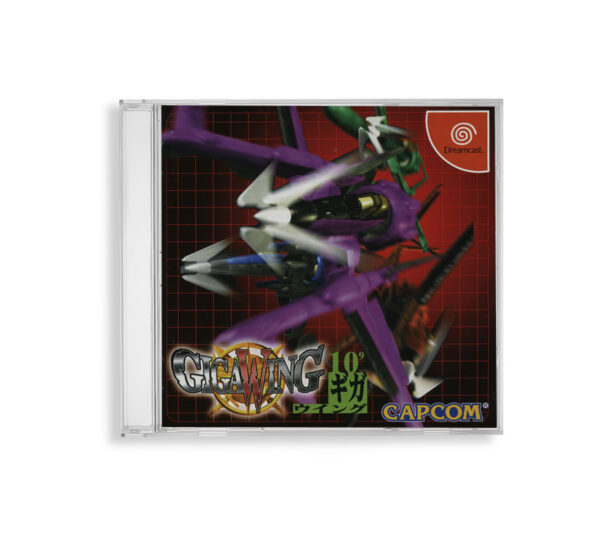 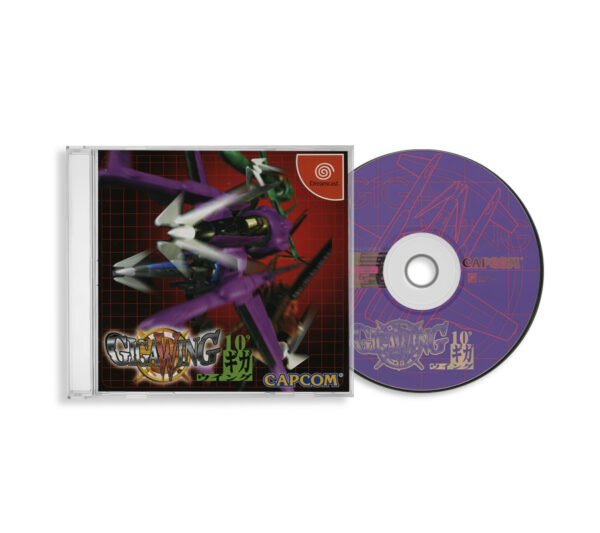 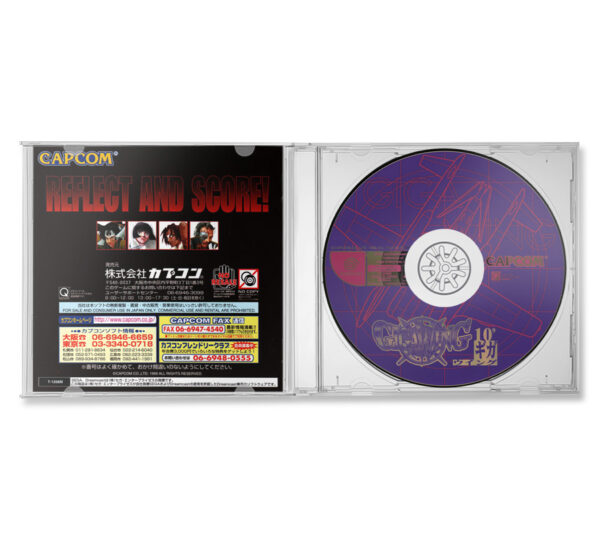 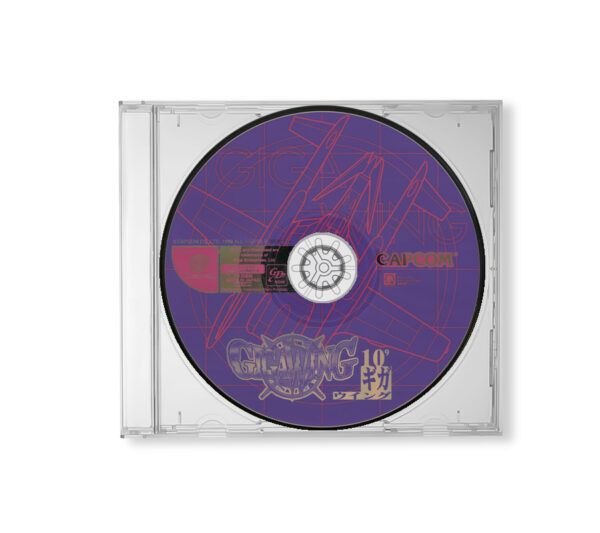 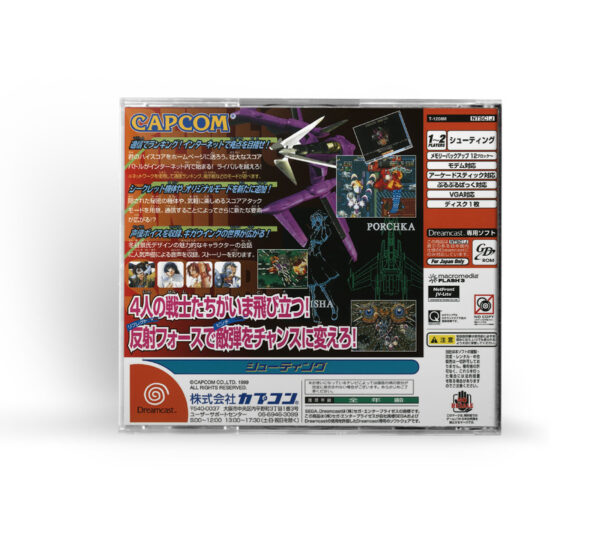 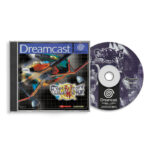 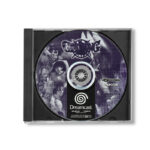 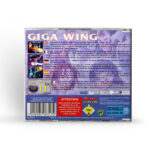 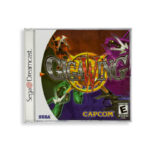 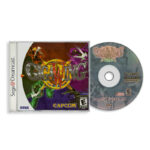 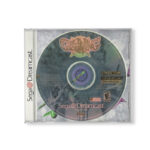 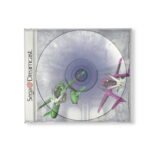 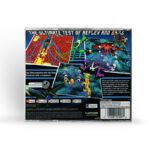 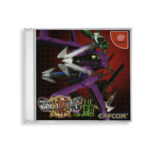 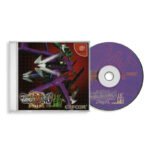 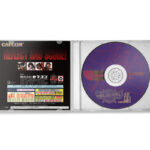 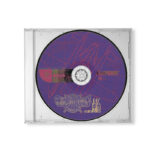 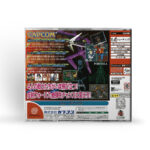 This a reproduction game, so you will get a new high-quality CD-R (with color printed on CD label serigraphy), in a new black, transparent or white (depending on the region of origin) jewel case (with colored covers on glossy cardboard), without manual, inside a new transparent film case.

Giga Wing (ギガウイング, Giga Uingu) is a 1999 vertically scrolling shooter arcade game developed by Takumi Corporation and published by Capcom on their CPS-2 arcade system board and ported later that year to the Dreamcast console. The arcade version is notable for using a horizontally aligned monitor (much like Treasure’s Radiant Silvergun), something that is considered rare for a vertical shooter.

Gameplay and plot
Giga Wing takes place during a fictional war within a steampunk setting. The player controls one of four different futuristic aircraft and must destroy enemy aircraft, tanks, ships, and buildings using both guns and missiles mounted on the aircraft and a limited supply of bombs which damage or destroy all enemies on-screen when used. The game is based on the player(s) trying to destroy a medallion which possesses great power. Many of the bosses use the medallion as a weapon. At the end, it shows that an evil man who pilots a ship called the “Stranger” is the real person who is in control of the Medallion, and was responsible for the war, as well as other conflicts in the past including World War II, and you fight him three times as a mini-boss and as the last boss. He appears to be a friend of Stuck 30 years ago when you fight him with Stuck.

There are four different characters in the game: Sinnosuke, Ruby, Isha, and Stuck; and each of them has their own individual storyline. Players can also do team play mode that has two characters at once, creating a new storyline. In each storyline, there are two endings. In the bad ending, the character the player uses will sacrifice their life in a kamikaze attack that destroys the Medallion. In team up mode, generally one of the character does this, but sometimes both characters survive. In the good endings for either solo or team play, the characters do not sacrifice themselves.

The player chooses one of four different craft and shoots through seven stages. Each level ends with a boss fight and each game begins with three lives. The option to continue is given when all lives are lost, although the seventh stage is only accessible if the player does not use any continues. Each ship in Giga Wing has three attacks: a normal shot (spray of bullets), reflect (reflects enemy bullets and damages enemy ships in the field), and force bomb (nullifies all on-screen bullets). Defeated ships sometimes drop power-ups. Each ship starts out with two bombs and up to seven can be collected. Each bomb left in reserve after any boss fight gives the player a bonus. Players can increase their score multiplier by collecting medals dropped by defeated ships. Player “rank” is determined by score at the end of each level. The game adjusts the difficulty accordingly.

Reception
The Dreamcast version received “mixed” reviews according to the review aggregation website GameRankings. Game Informer gave it a favorable review over four months before its U.S. release date. Jim Preston of NextGen said that the game “should be packaged with bottles of both Visine and Excedrin.” In Japan, Famitsu gave it a score of 28 out of 40.

Also in Japan, Game Machine listed the arcade version on their May 1, 1999 issue as the tenth most-successful arcade game of the year.

From Wikipedia: The Free Encyclopedia
https://en.wikipedia.org/wiki/Giga_Wing

Be the first to review “Giga Wing” Cancel reply