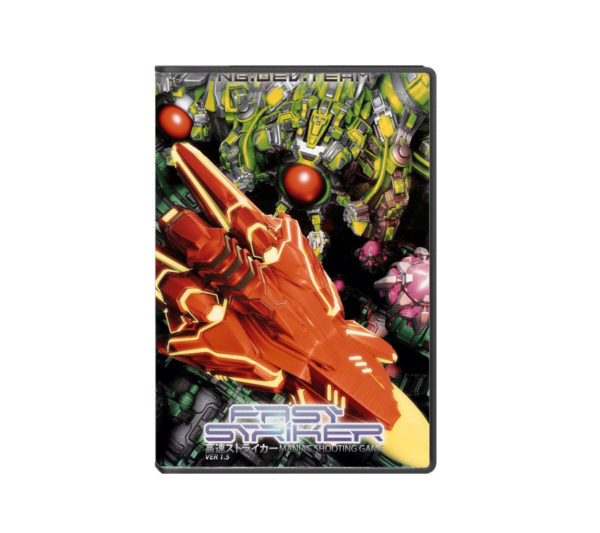 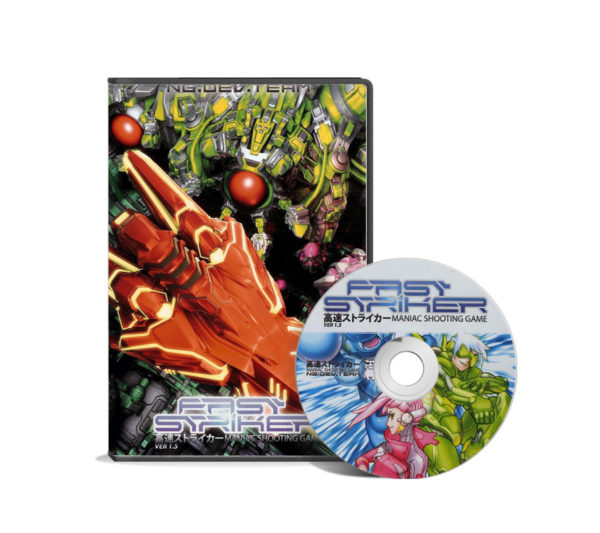 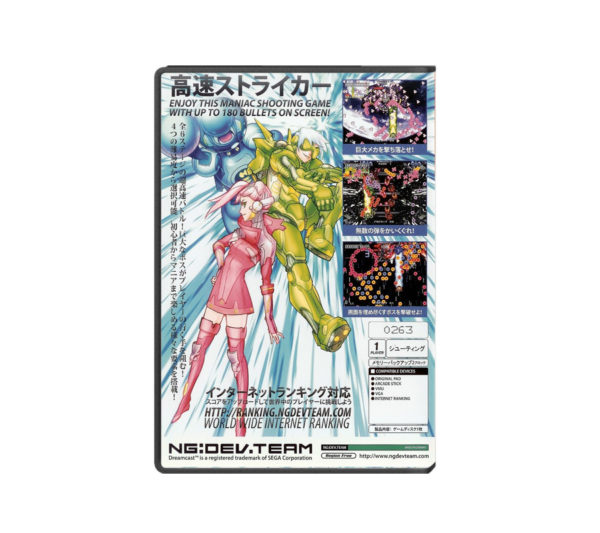 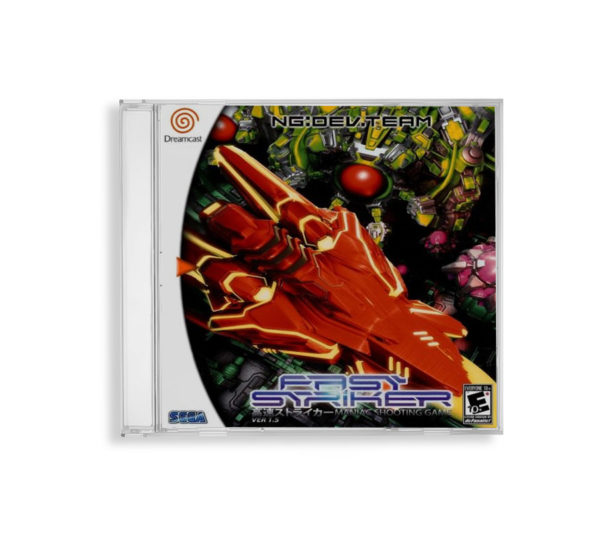 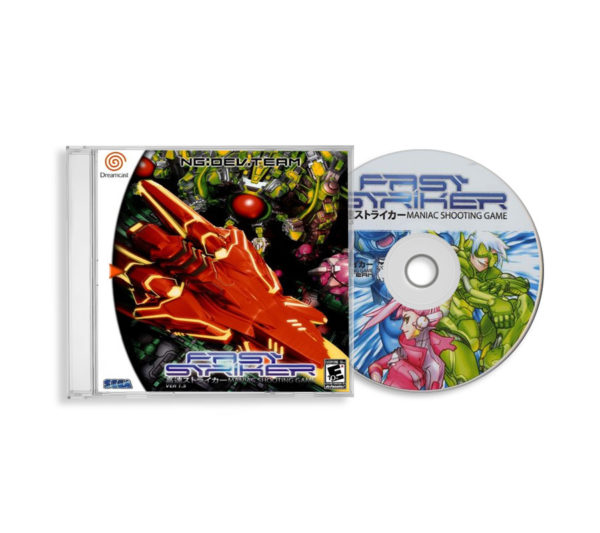 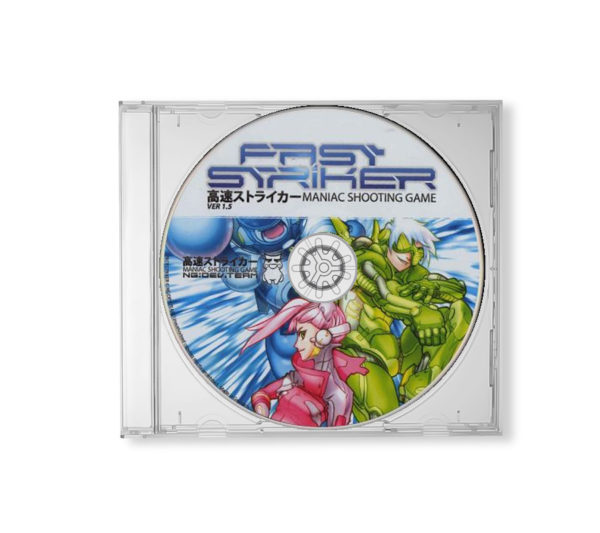 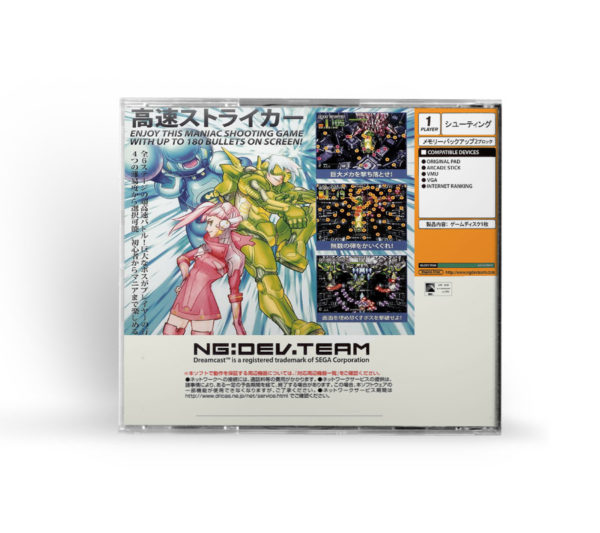 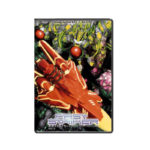 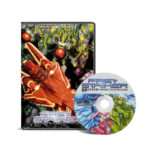 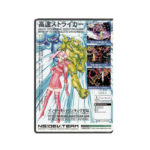 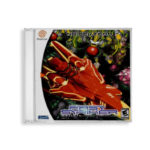 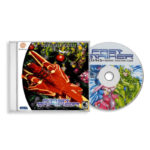 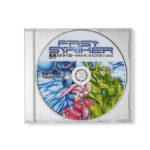 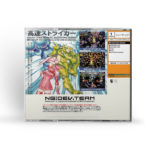 This a reproduction game, so you will get a new high-quality CD-R (with colored silk-screen printing), in a new black DVD/ Blue Ray box, or in a white jewel case (inside a new transparent film case), with colored covers on glossy cardboard, without manual.

Just choose the version you want!

Fast Striker is a 2010 single-player vertically scrolling shooter video game originally developed and published by German indie NG:Dev.Team for the Neo Geo MVS. It is the second shoot ’em up title from NG:Dev.Team and their second game overall. Controlling a space fighter craft, the player must fight endless waves of enemies while avoiding collision with their projectiles and other obstacles.

Fast Striker was developed in conjuction with HUCAST’s DUX over the course of six years after the Hellwig brothers founded NG:Dev.Team and development of their first video game, Last Hope, was completed. The team went with a different approach for their vertical-scrolling shooter project compared to the level memorization focus of Last Hope, emphasising fast-paced reflex action and a elaborate scoring system. The staff also received support from German shooter communities during beta testing, advising from Twinkle Star Sprites designer Yoshiyasu Matsushita and approval from SNK Playmore. The game was later ported to Dreamcast, iOS, Neo Geo AES, PlayStation 4 and PlayStation Vita, each one featuring minimal changes and additions compared to the original version.

Fast Striker was met with mixed reception from critics; Reviewers praised its fast action, scoring system, techno soundtrack, speed and adjustable difficulty levels that alters each playthrough, which drew comparison with Cave shooters but others criticized the gameplay, monocrome visual style, pacing and short length, as well as the lack of additional options on the PlayStation versions, among other aspects.

Release
Fast Striker was first released by NG:Dev.Team for the Neo Geo MVS on June 30, 2010, while a limited edition included a soundtrack album. At 1560 megabits of data, it is one of the largest game developed for the Neo Geo platform. The MVS release supports software updates via a USB port and employs an anti-piracy system using propietary hardware.

A Dreamcast conversion dubbed Fast Striker 1.5 featuring an “Omake” game mode was first announced in publications such as Joystiq and Spanish magazine GamesTribune, before going gold on December 2010 with a tentative release date of December 21 of the same year. The Dreamcast version was released on December 28, 2010 in a Japanese-style DVD packaging as three editions; a regular edition, a deluxe edition limited to 1000 copies featuring an alternate cover art and a soundtrack enclosed with the game, as well as a pack containing both editions. An iOS version based on the Dreamcast port was released in North America on March 27, 2011 and later in Europe on April 22 of the same year. In 2013, a Neo Geo AES version limited to 150-200 copies was also released.

ever. A preview article had already been published in their December 2010 issue.

From Wikipedia: The Free Encyclopedia
https://en.wikipedia.org/wiki/Fast_Striker