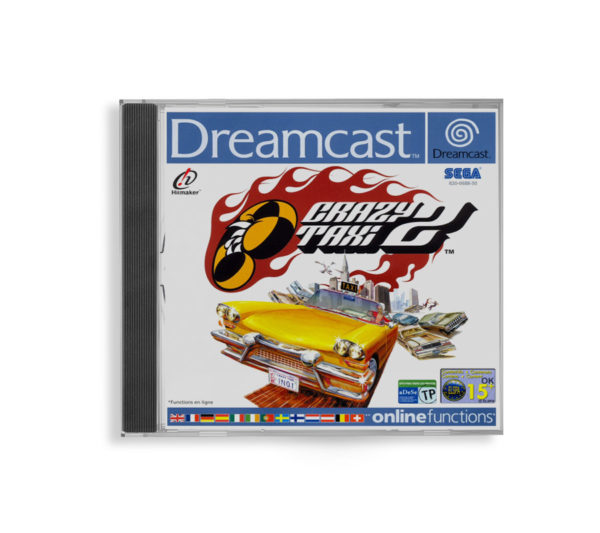 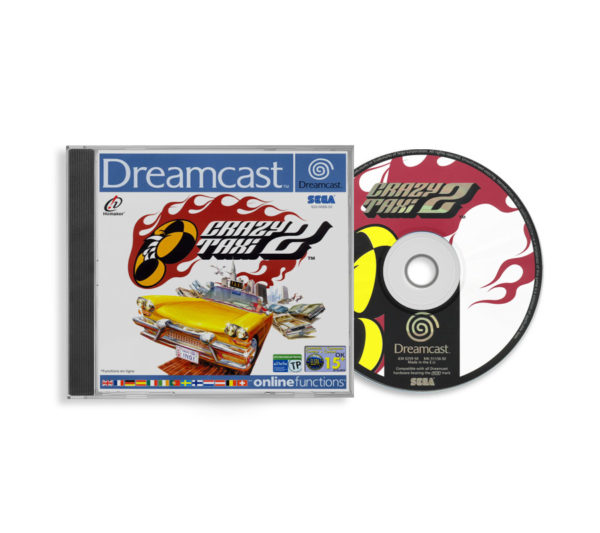 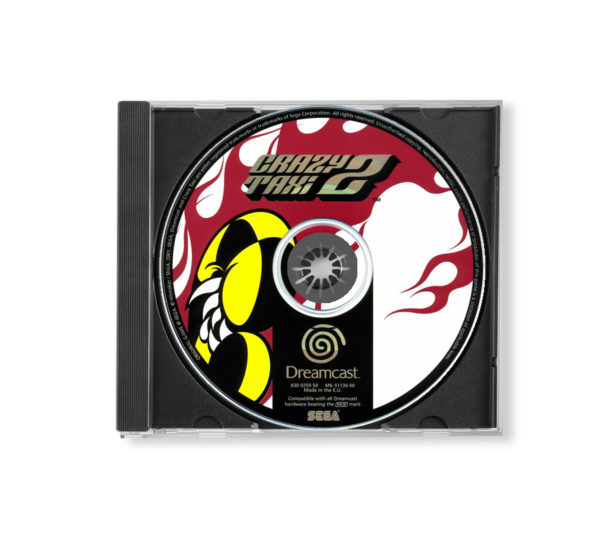 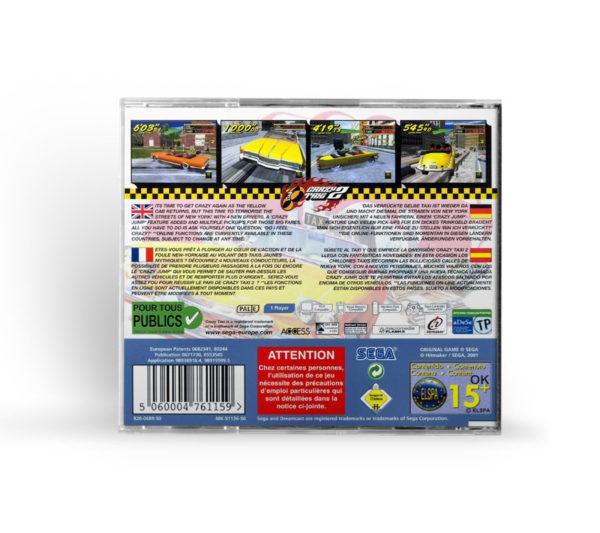 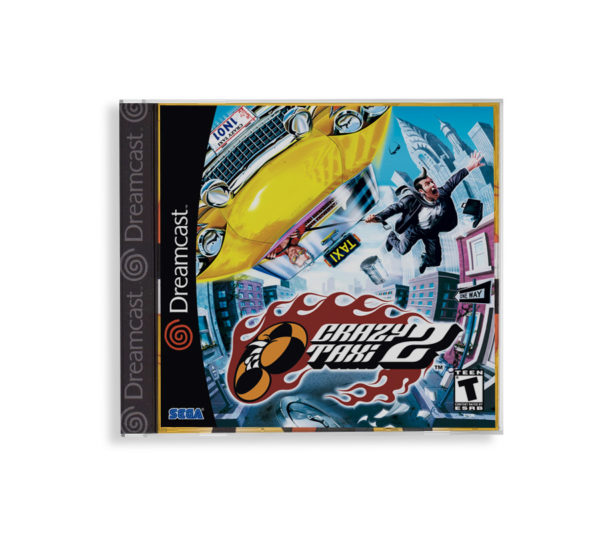 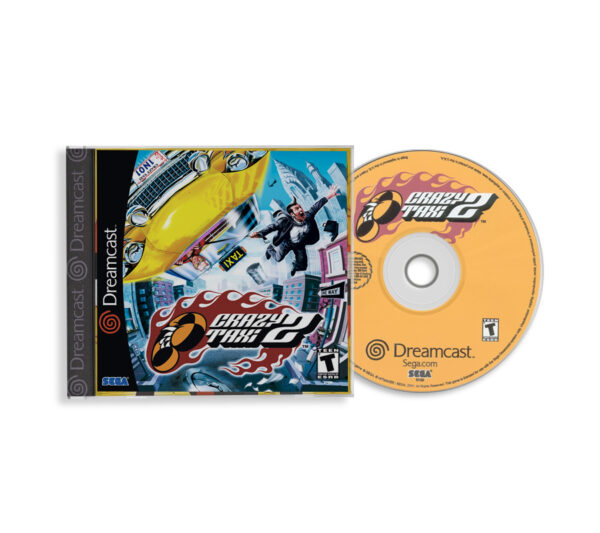 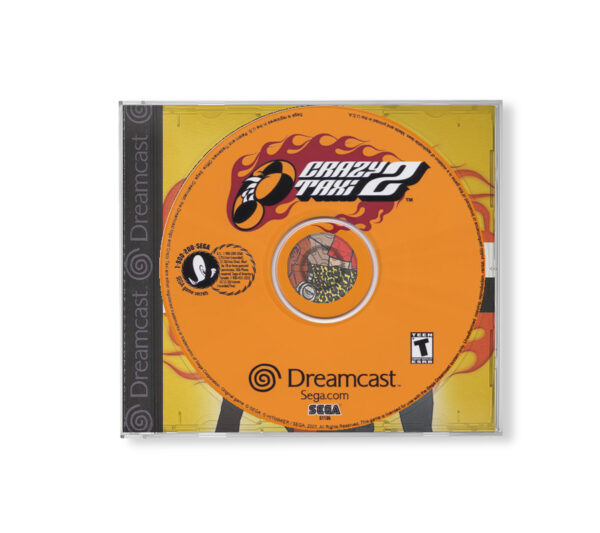 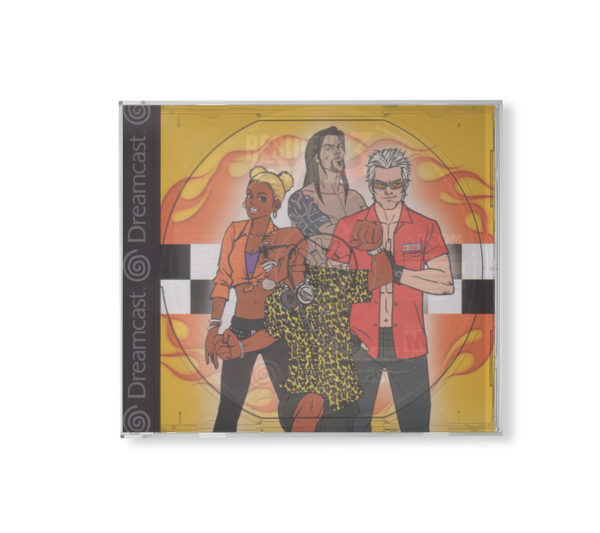 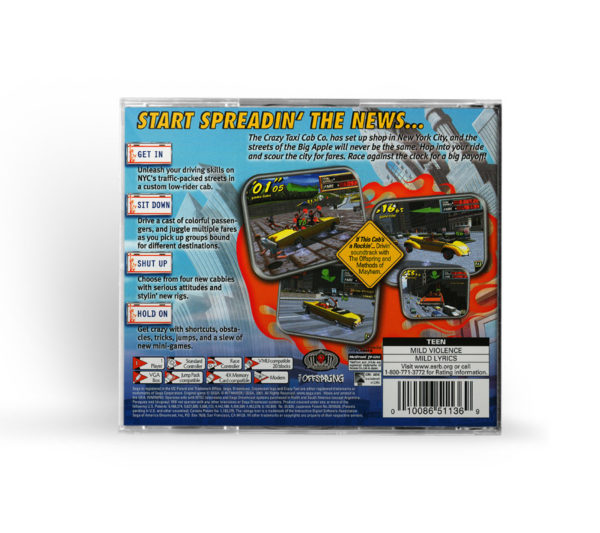 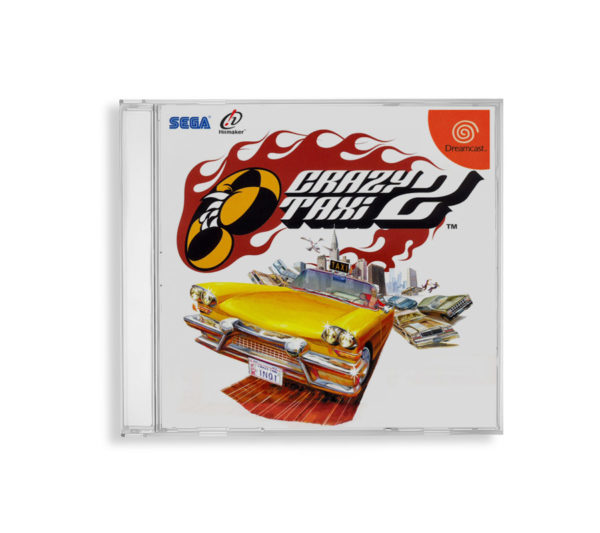 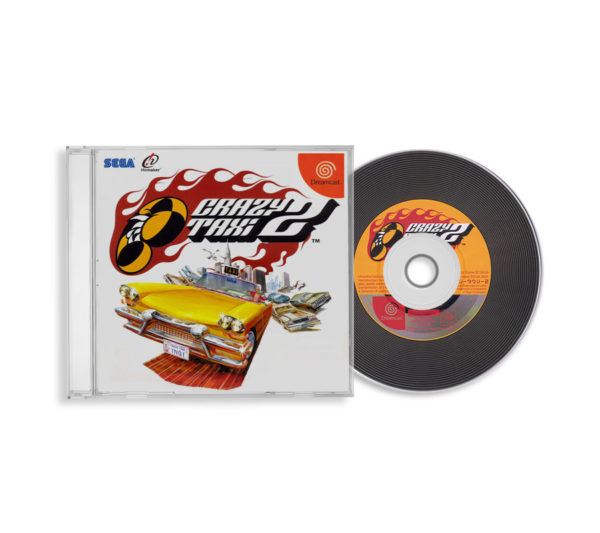 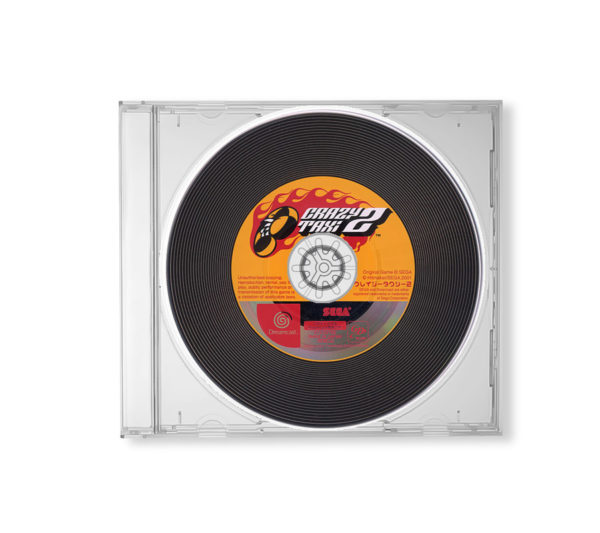 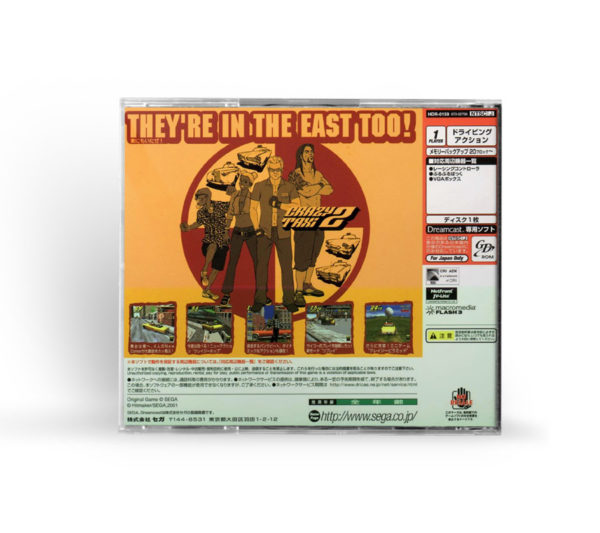 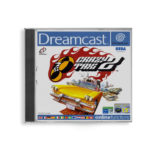 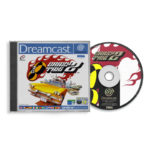 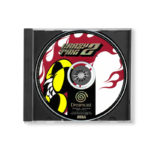 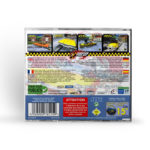 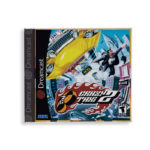 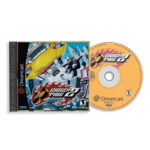 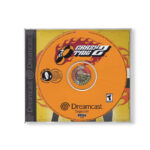 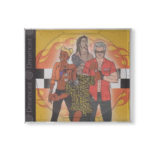 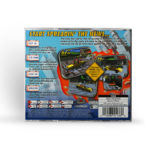 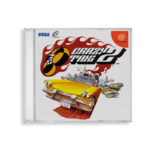 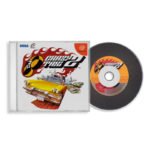 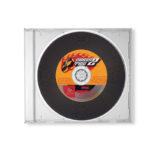 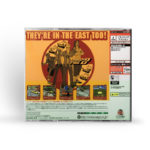 This a reproduction game, so you will get a new high-quality CD-R (with colored silk-screen printing), in a new black, transaparent or white (it depends on the region of origin) jewel case, with colored covers on glossy cardboard, without manual, inside a new transparent film case.

Crazy Taxi 2 introduced several new features not found in the original, including two new cities, “Around Apple” and “Small Apple”, both somewhat based on New York City. The new cities share four new drivers as default, bringing the total playable characters to eight but it started with 4 new characters.

Gameplay is very similar to the original Crazy Taxi, and centers around picking people up at destinations which are highlighted with colored rings, and dropping them off at stated destinations.

Each customer will have a different color appear above him or her with money sign according to the color. Green means long distance, yellow means mid range and red means short distance. The longer the distance, the more money the player can earn. There is a time limit when driving each customer to the destination. If the time limit expires before reaching the destination, the customer will jump out of the cab. The game has no restriction to players aside from a time limit, allowing players to drive as fast and as recklessly as they wish.

This sequel includes a modified soundtrack with rock bands The Offspring and Methods of Mayhem. The game also has some online modes in the form of a scoreboard, and replay-sharing. Also there are some unlockable items and maps which players need to beat in the mini games to unlock it.

From Wikipedia: The Free Encyclopedia
https://en.wikipedia.org/wiki/Crazy_Taxi_2

Be the first to review “Crazy Taxi 2” Cancel reply