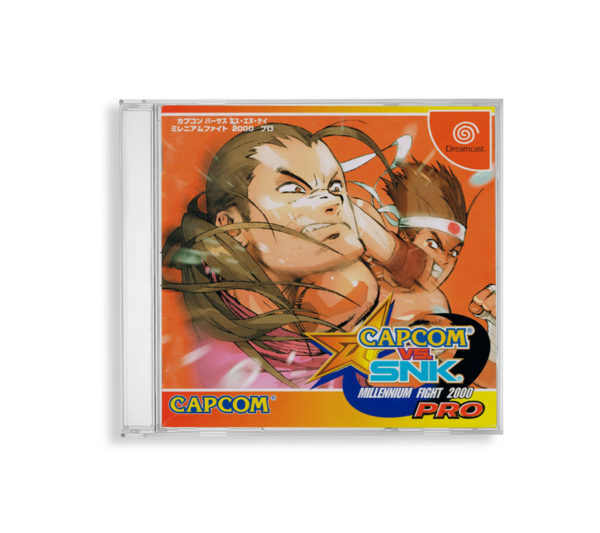 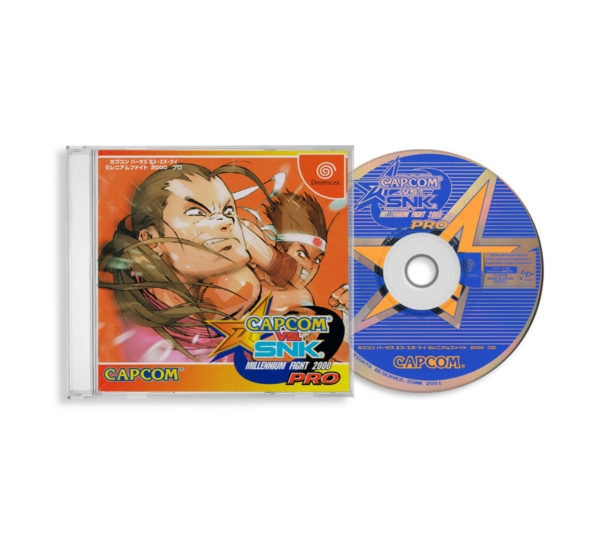 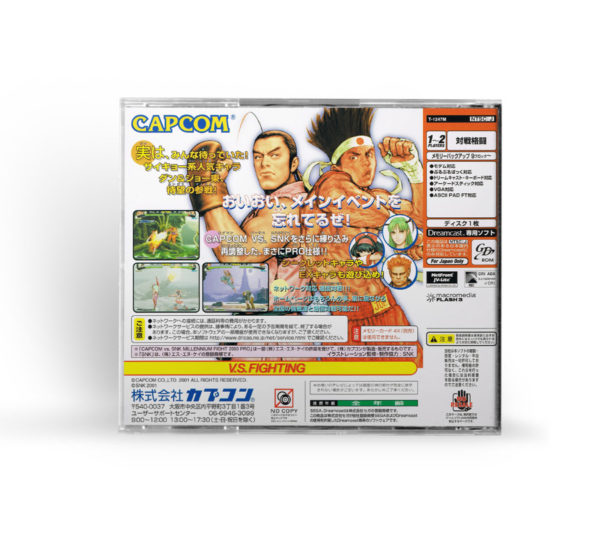 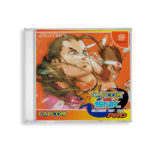 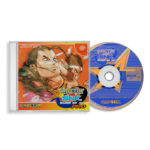 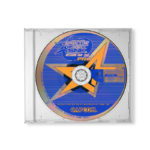 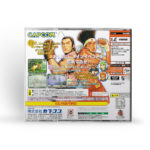 Capcom vs. SNK: Millennium Fight 2000 (カプコン バーサス エス・エヌ・ケイ ミレニアムファイト 2000, Kapukon Bāsasu Es-Enu-Kei Mireniamu Faito Nisen), also known as simply Capcom vs. SNK in international releases, is a 2000 head-to-head fighting game produced by Capcom originally released as a coin-operated arcade game for Sega’s NAOMI hardware and later ported to the Dreamcast. It is the second game in the SNK vs. Capcom series and the first game in the series to be released for the arcade.

The sequel, Capcom vs. SNK 2, featuring tweaked gameplay and more characters, was released the following year.

Gameplay
Capcom vs. SNK uses a “ratio” system, where the “ratio” is a rating of a character’s overall strength, ranging from 1 to 4. Teams of up to four can be assembled, but their combined ratios must equal and go no higher than 4. The gameplay uses the SNK-style four-button format. The player can also choose their “groove”, or attack meter. The SNK Groove is based on the Extra mode that was used from The King of Fighters ’94 to The King of Fighters ’98, while the Capcom Groove is based on the gameplay system from the Street Fighter Alpha series.

Plot
Prologue
In 2000, a special martial arts event is planned through a collaboration of the two most powerful world organizations: the Garcia Financial Clique and the Masters Foundation. The gala event – it is hoped by everyone – will ease the political conflicts between the two powers. The competition was named “Millennium Fight 2000”.

Many renowned martial artists have registered for the tournament. People around the world focus intensely on the upcoming exhibitions, making the long-awaited opening ceremony a huge success.

Versions
An updated version of the original Capcom vs. SNK titled Capcom vs. SNK Pro was released on the Arcade Sega NAOMI GD-ROM hardware (2000), Dreamcast (2001) and PlayStation (2002), the latter suffering from slight load times between rounds and downgraded graphics and sound due to hardware limitations. New additions included Joe Higashi (from Fatal Fury) and Dan Hibiki (from Street Fighter Alpha), new moves for existing characters, and new modes of play.

From Wikipedia: The Free Encyclopedia
https://en.wikipedia.org/wiki/Capcom_vs._SNK:_Millennium_Fight_2000

Be the first to review “Capcom Vs. SNK: Millennium Fight 2000 PRO” Cancel reply