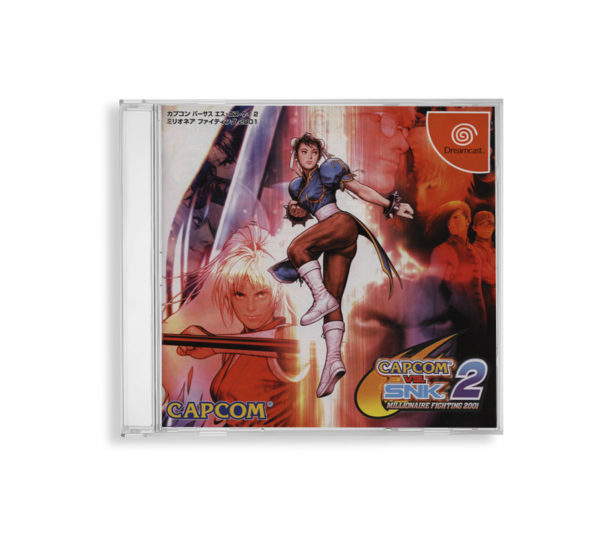 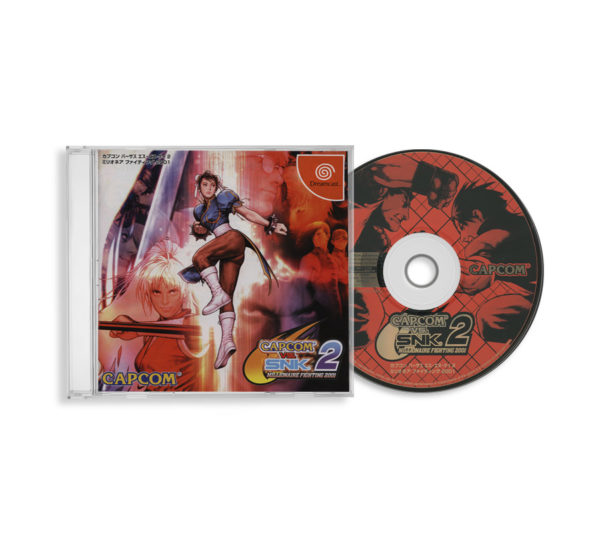 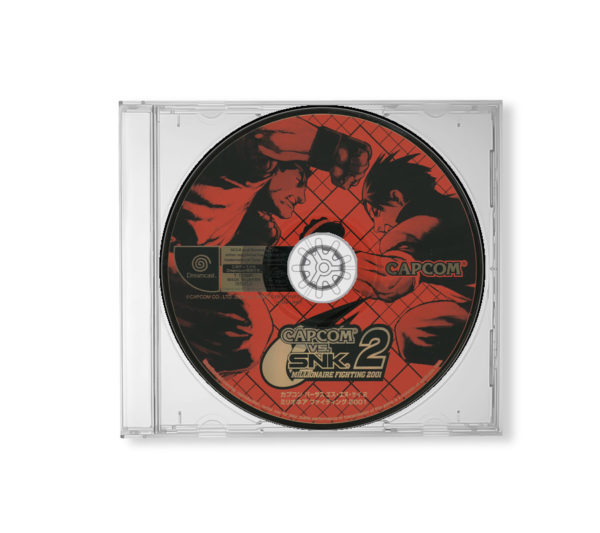 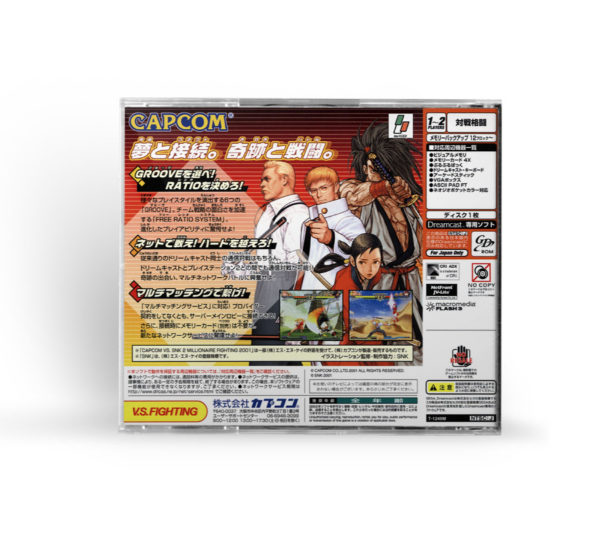 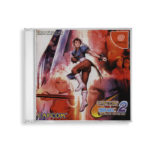 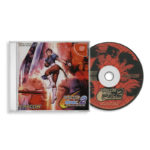 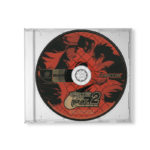 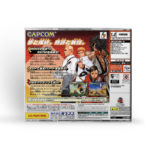 This a reproduction game, so you will get a new high-quality CD-R (with colored silk-screen printing), in a new white jewel case (with colored covers on glossy cardboard), without manual, inside a new transparent film case.

Capcom vs. SNK 2: Mark of the Millennium 2001, known in Japan as Capcom vs. SNK 2: Millionaire Fighting 2001 (カプコン バーサス エス・エヌ・ケイ 2 ミリオネア ファイティング 2001, Kapukon bāsasu Esu-enu-kei Tsū: Mirionea Faitingu Tsū Sausando Wan), is the sequel to the fighting game Capcom vs. SNK. It was originally released on NAOMI hardware in arcades. As in the original, players select a team of fighters from various Capcom and SNK games then fight other teams, winning each battle by defeating all the opponents from the other team.

Aspects of the first game were tweaked, including the Ratio system. In contrast to the fixed system of the original, players can now freely select characters and assign each of them a number from one to four (or “Ratio”) determining their relative strength, adding up to a maximum team ratio of four. Teams can now consist of a maximum of three characters, as opposed to four in the first game. Additional characters were added, including more characters from Capcom and SNK titles outside of the Street Fighter and King of Fighters series, for a total of 48. The Groove system from Millennium Fight 2000 has been augmented to include four new systems of play based on various Capcom and SNK fighting games. In addition, the number of buttons has been increased from the Neo Geo standard of four to the six button system first seen in Capcom’s Street Fighter.

The game was initially ported to the Sega Dreamcast, followed by a version for the PlayStation 2. The Nintendo GameCube and Xbox received an updated version titled Capcom vs. SNK 2 EO, with the “EO” referring to “Easy Operation”, a game option intended for novices to the game. The PS2 version was later released on PlayStation Network in July 2013.

Capcom vs. SNK 2 combines characters and gameplay elements from various Capcom and SNK fighting games, mainly the Street Fighter and The King of Fighters series. Other elements, most noticeably different fighting styles, incorporated elements from other games as well, such as Street Fighter III, Garou: Mark of the Wolves, and the Samurai Shodown series.

In contrast to the original Capcom vs. SNK, characters no longer have a specific “Ratio.” Instead the player can select up to three characters in a team and give an amount or ratio (up to four) to each as desired. Strength are altered accordingly based on the number of players. For example, a team of three fighters will be weaker and have less individual health than a one-man team. Rounds are fought one against one, with the winner being the first to defeat his opponent’s team. In console versions of the game, players in Arcade Mode can also choose a 3-on-3 game or a 1-on-1 game with the Ratio System removed.

Unlike the first game, which was based on a King of Fighters-style two-strength, four-button system of punches and kicks, Capcom vs. SNK 2 is based on the three-strength, six-button system of punches and kicks native to the Street Fighter series, and the SNK characters have been tweaked to fit the six-button style. The overall system is derivative of Street Fighter Alpha. However, a number of different fighting styles called ‘Grooves’, which mimic other Capcom and SNK games, are included in the engine. These dictate both the character’s Super Gauge system, and special techniques, such as dashes, running, and guard cancels, called “Subsystems.” There are six in total, each designated with a letter, along with custom grooves that can be programmed in home versions of the game. Each player designates prior to the match which groove his or her team will use.

From Wikipedia: The Free Encyclopedia
https://en.wikipedia.org/wiki/Capcom_vs._SNK_2