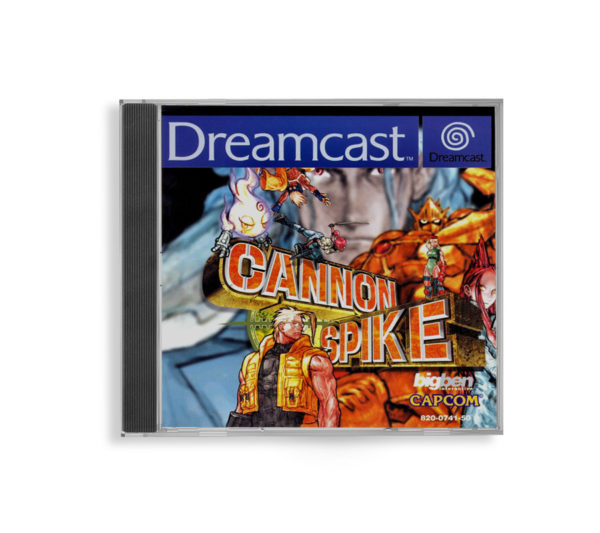 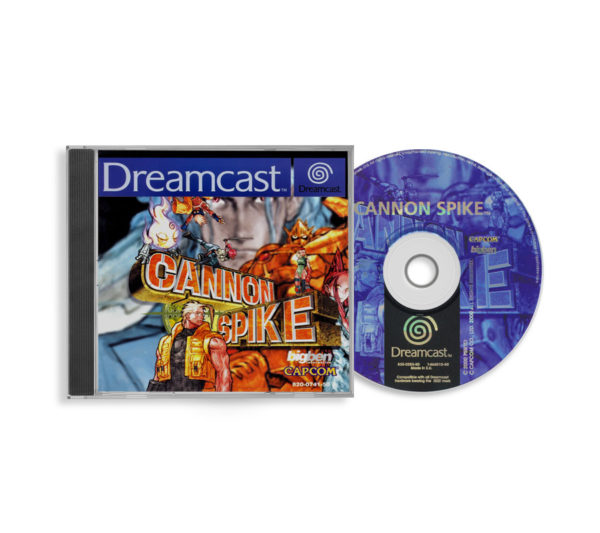 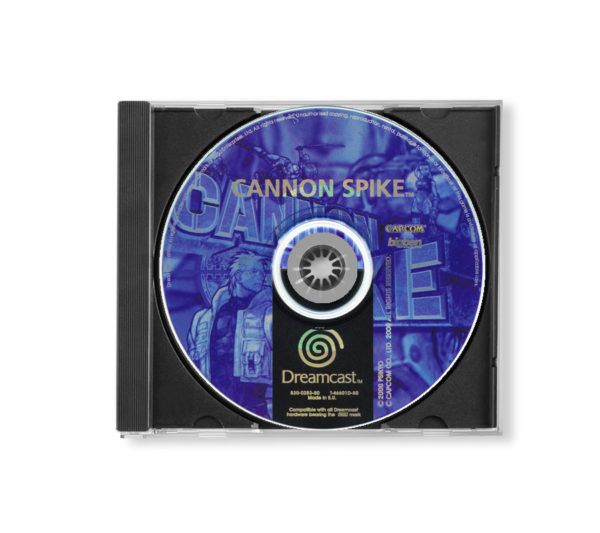 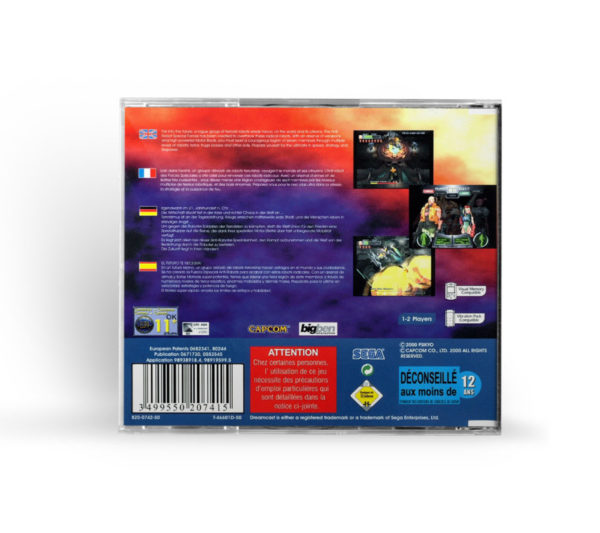 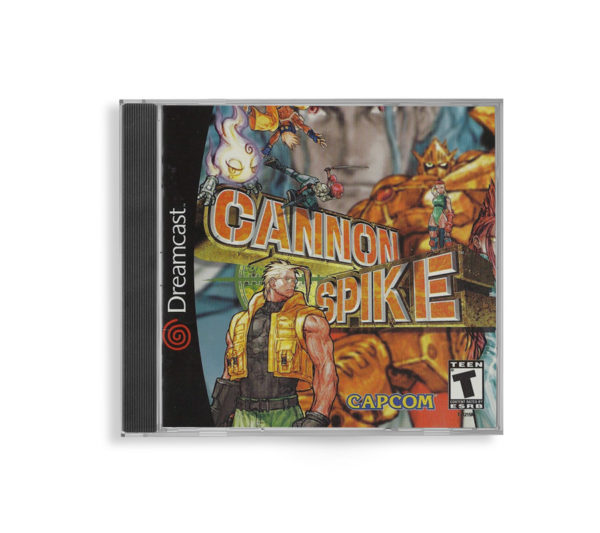 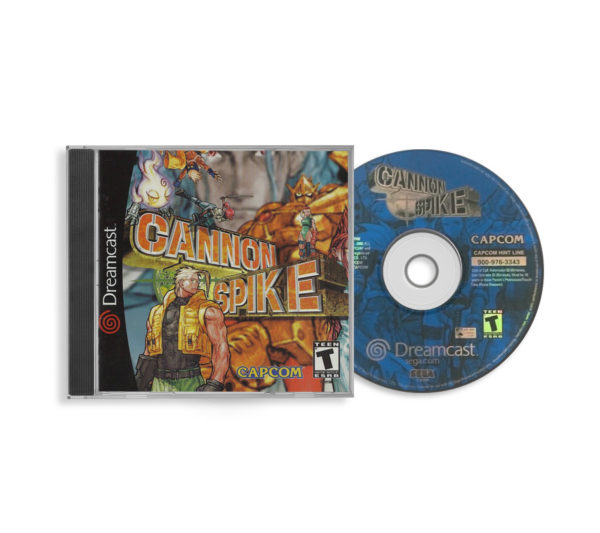 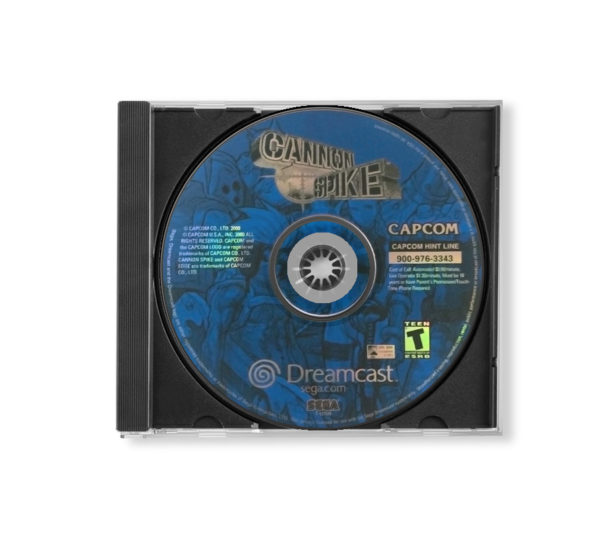 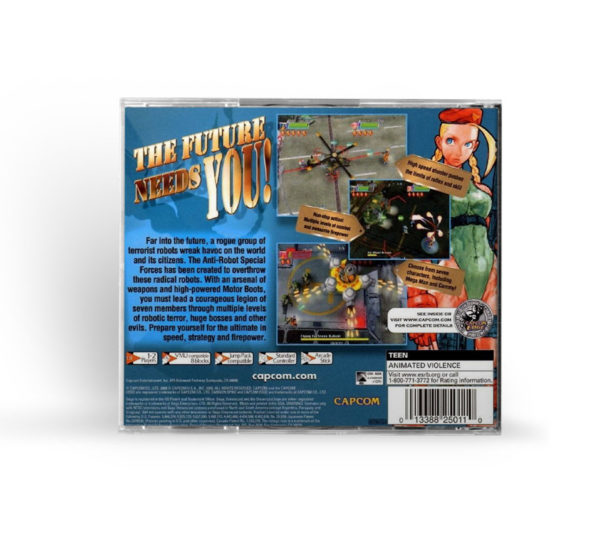 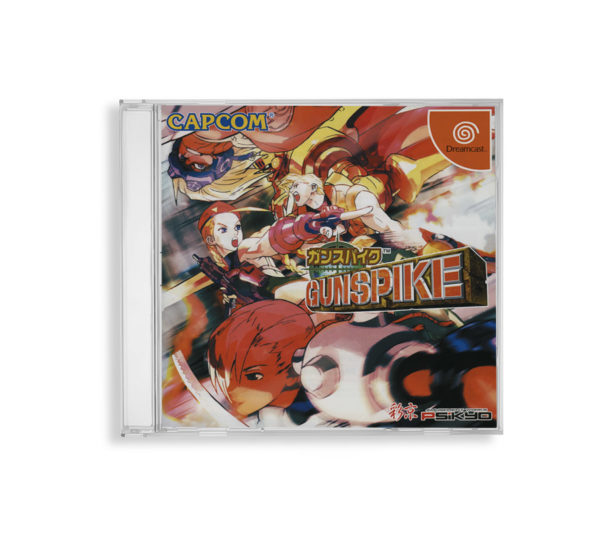 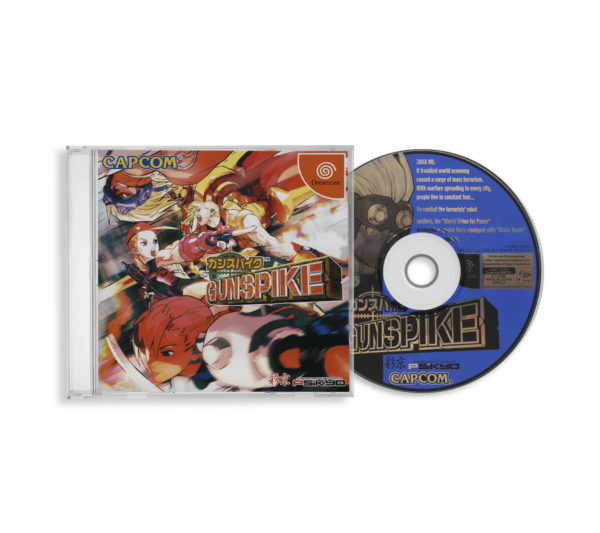 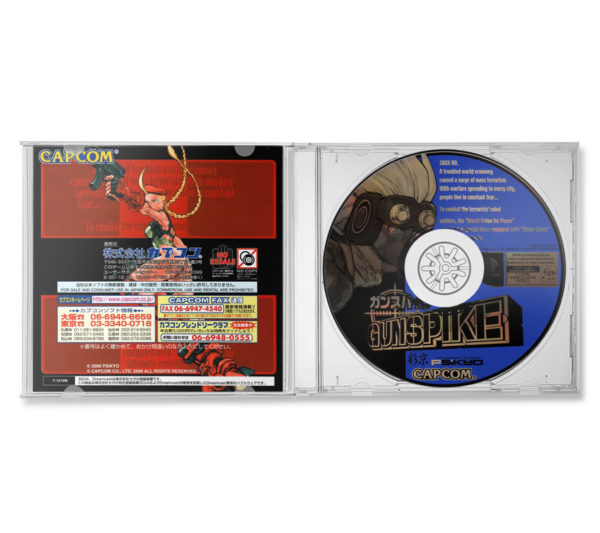 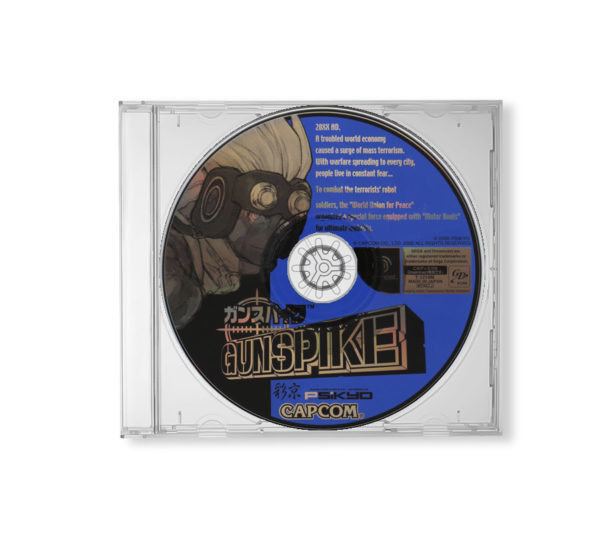 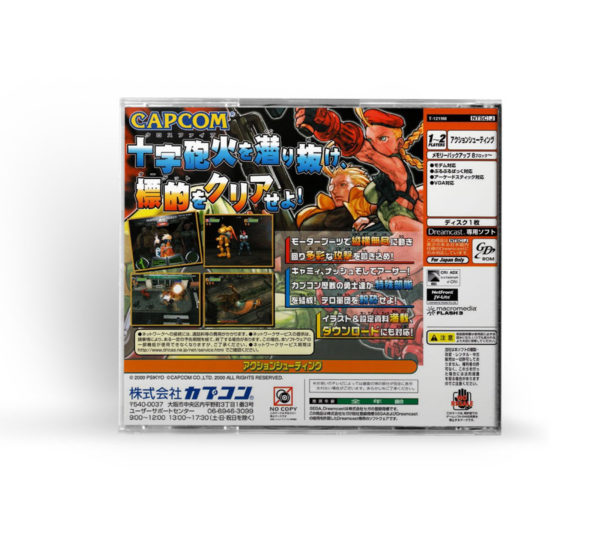 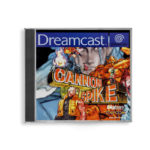 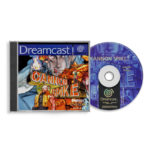 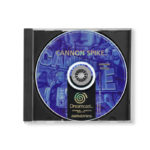 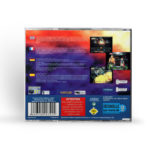 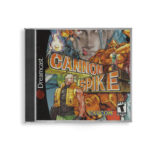 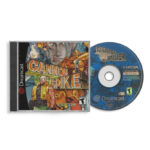 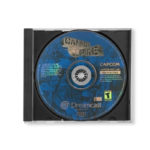 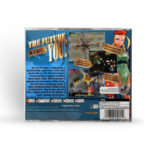 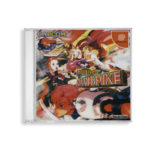 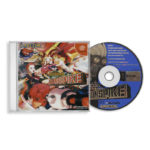 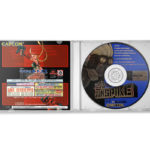 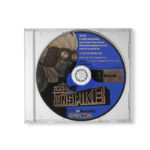 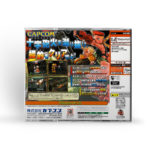 This a reproduction game, so you will get a new high-quality CD-R (with colored silk-screen printing), in a new black, transaparent or white (it depends on the region of origin) jewel case, with colored covers on glossy cardboard, without manual, inside a new transparent film case.

Cannon Spike, originally released in Japan as Gunspike (ガンスパイク, Gansupaiku), is a multi-directional shooter arcade game released in 2000 by Psikyo and later in the same year for the Dreamcast by Capcom. It uses Capcom-designed characters and runs on Sega’s Naomi Hardware. Cannon Spike is similar to games like Smash TV and Capcom’s Commando, although with primary focus on boss fighting. Cannon Spike is noted as the last game released for Dreamcast in Europe, published by Bigben Interactive and exclusively sold at retail in Game outlets.

The international name of Cannon Spike is the name of a trademark attack performed by Cammy, a character from the Street Fighter series of video games and one of the protagonists of this title.

The game’s playable characters, which come from a range of Capcom games, include:

One other character, Simone, was made specifically for the game and has not been featured in any game since. Simone shares a few similarities with another Capcom character, Linn Kurosawa, from Alien vs. Predator. Vega appears as an enemy character, named Fallen Balrog or Revenger Balrog in all regions.

In its arcade incarnation, the game is played using a joystick and three buttons; Mark (used to lock onto a targeted enemy), Shoot, and Attack (a close-range strike, usually more powerful or with greater knock-back compared to ordinary shooting.) In addition to these basic commands, each character also has a ranged special attack (unleashed by pressing Shoot and Attack simultaneously), a close-range special (Mark and Attack simultaneously), and a super special (all three buttons simultaneously). The use of the super special requires a Special Token, occasionally dropped by a defeated enemy and always dropped by a defeated ally in 2-player mode.

The Dreamcast version received “average” reviews according to the review aggregation website Metacritic. In Japan, Famitsu gave it a score of 30 out of 40.[5] Game Informer gave it an average review, over two months before its U.S. release.

From Wikipedia: The Free Encyclopedia
https://en.wikipedia.org/wiki/Cannon_Spike

Be the first to review “Cannon Spike (aka Gunspike)” Cancel reply