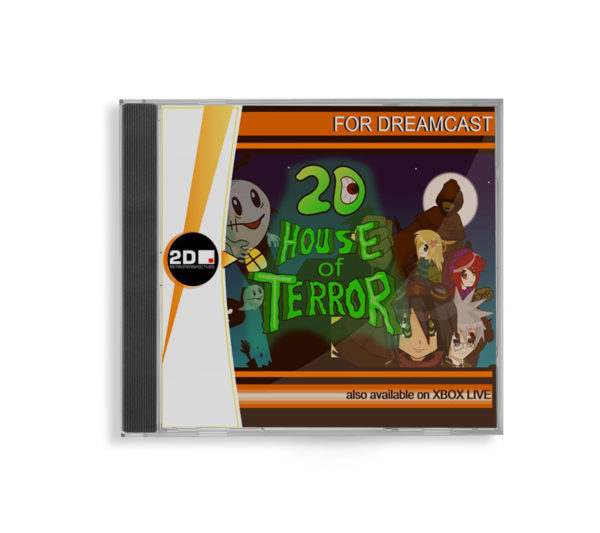 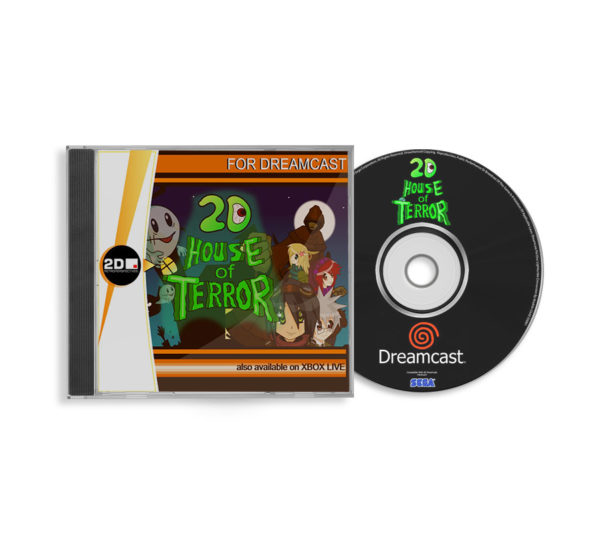 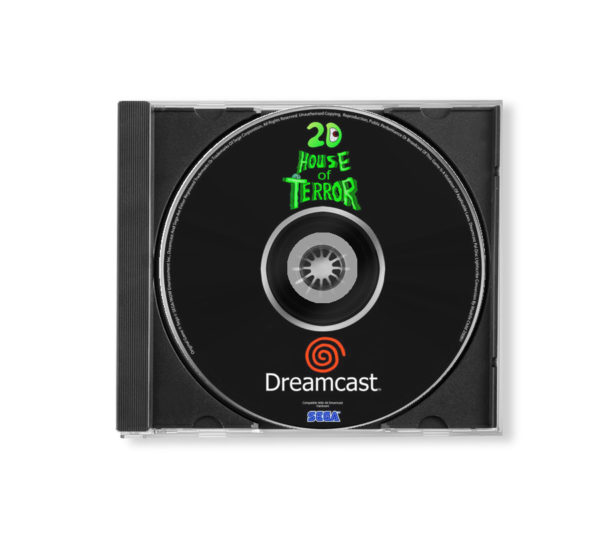 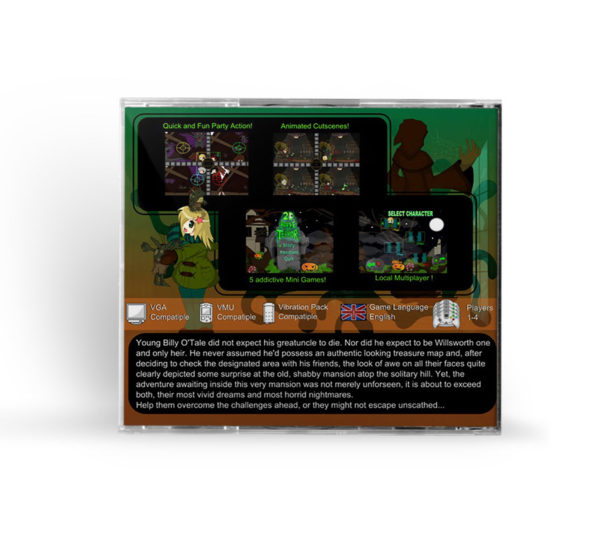 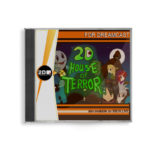 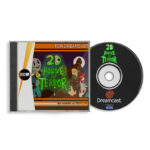 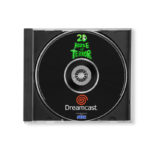 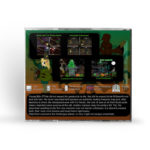 2D HOUSE OF TERROR is a story driven set of party games for 1 to 4 players, using characters from classic horror movies from the 1930s up to the 1980s, along with the story mode. There’s a random mini game mode which adds even more horror-themed variety.

As fans of the genre, the developers created 2D House of Terror as the final university project for one of its team members.

The game was also developed for the Xbox 360, making it more of a cross-platform release and not a direct port to the Dreamcast.

Young Billy O’Tale did not expect his great-uncle to die, nor did he expect to be Willsworth’s one and only heir. He never assumed he’d possess an authentic looking treasure map and, after deciding to check the designated area with his friends, the look of awe on all their faces quite clearly depicted some surprise at the old, shabby mansion atop the solitary hill. Yet, the adventure awaiting inside this very mansion was not merely unforeseen, it is about to exceed both their most vivid dreams and most horrid nightmares.

Help Billy and his friends overcome the challenges ahead, or they might not escape unscathed…

In the Crypt you are surrounded by zombies, and you only have shovels to defend yourself.

Throw everything you can find in the Goblin Kitchen, keep running to avoid the rats in Musical Madness, climb your way to safety in Spirit Ascent, and when you encounter the Vampires, you’ll need to shoot the bats to survive.

NOTE: No Zombies, Ghosts, Goblins or Vampires were harmed in the making of this game.

Be the first to review “2D House Of Terror” Cancel reply